All About Asha Bhosle’s Love Life: How She Married Lata’s Secretary At An Early Age of 16 To Fall in Love with Her Youngest Fan RD Burman 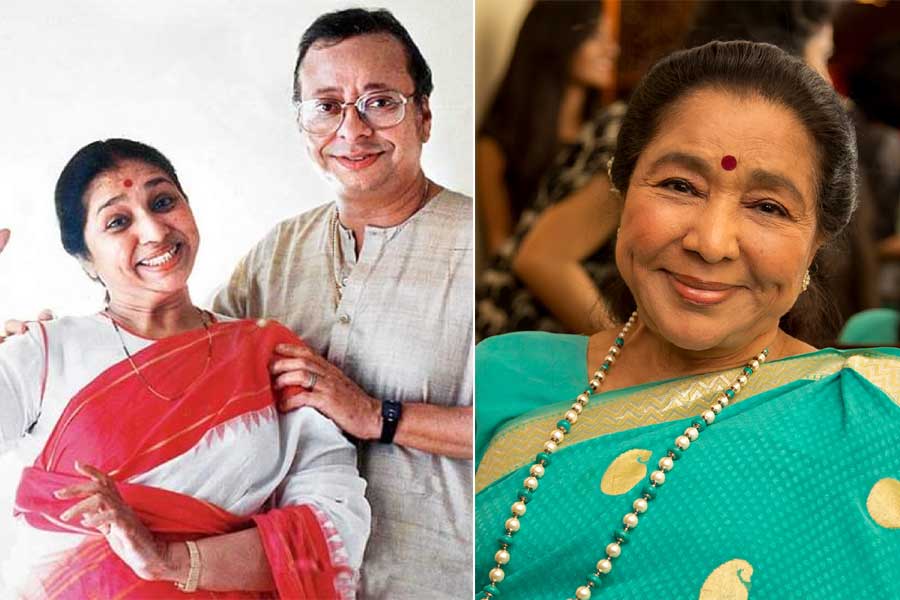 Asha Bhosle is one of the renowned personalities in the history of Bollywood. Just like her elder sister, Lata Mangeshkar, Asha has also given many hit songs like Uden Jab Jab Zulfen Teri, Leke Pehla Pehla Pyar, Kajra Mohabbat Wala among others which made her famous in a short span of time. The way she has faced so much struggle in her personal and professional life with no moral and physical support from her family and love is truly commendable.

Let’s have a look at about her family, love life and her profession.

The mistake which she had committed when she was just 16:

Asha Bhosle Ji fell in love with her sister’s personal secretary, Ganpatrao Bhosle when she was hardly 16. Her sister, as well as other family members, has disowned her due to the relationship she was into. After giving birth to her first child, Hemant, her family has accepted them. But her husband, Ganpat did not want her to get close to her family, especially with her sister, Lata because he was jealous of her as she was more popular than her wife at that time.

After some time, Ganpat and Asha welcomed two more kids but things were not going well for Asha as she was not getting much singing offers like her sister was getting. This has made Ganpat more troubled. He started threatening his wife for money and also prohibited her from meeting her family and her sister, Lata.

During 1960, Ganpatrao has decided to leave her family. This was like a turning point in Asha’s life as now she has to take care of her three kids too. It is when she started her career after this and has given many hit songs.

She marries her fan after being left by Lata’s secretary Ganpatrao:

RD Burman was his greatest fan. Though he was six years younger to Asha he proposed Asha to marry him. But Asha did not respond to this. Later, she has decided to get married to him in 1980. After marrying him, things didn’t work out as she was hoping.

The couple got separated in the late 1980s because of her husband’s extreme alcoholism and smoking habits. But this did not keep them apart from each other. After some time he died and Asha broke into pieces as she lost the man whom she loved the most.

Nothing stopped her to become what she always wanted to be:

Despite many struggles and hardships that she in her life, She never stopped and restricted herself what she wanted to be always. After this, she has given many hits like Rangeela. Apart from this she also worked on other big Bollywood projects too.

It’s hard to believe that celebrity like her has faced so many ups and downs in her life. She had no one with her to support her, neither love nor husband and the most important her family. But still, she has put her best foot forward to bring the best in herself and now everyone knows her.