All You Need To Know About The Legendary Black Forest Cake! 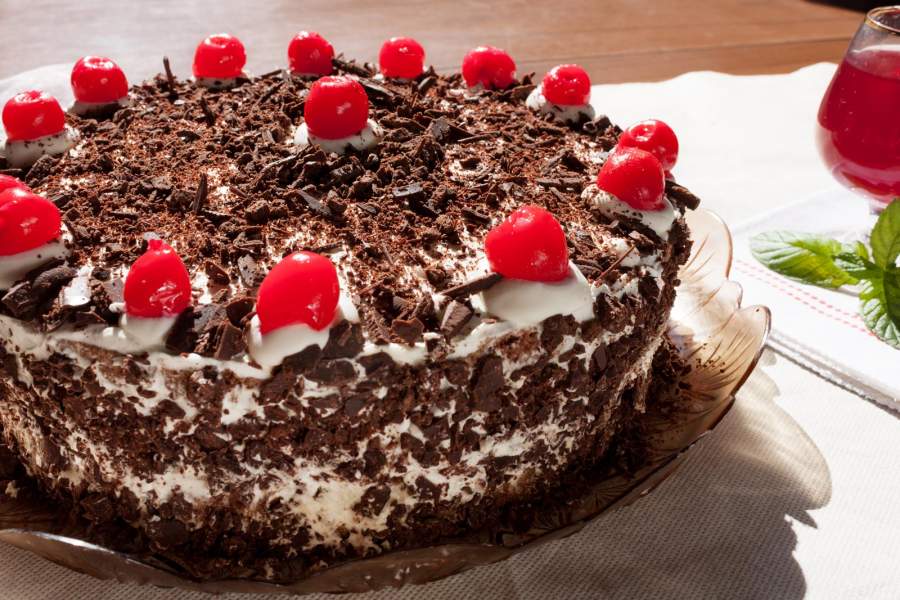 To mark any happy occasion, cakes have been considered to set the mode and the vibe right. And if we talk about a black forest cake, then one cannot simply say no it. Can we? Originated straight out of the southwestern mountain range of Germany, this pounds of happiness comes in 3 yummy layers of cream, chocolate, and cherry. In some countries, this cake is widely prepared and layered with alcohol while in some other, like India it is mostly prepared without alcohol.

Age seems just a number when it comes to digging into these tasty treats. But as they say, everything which came into this world has their part of the story and so did this cake!

So, bringing you a bunch of interesting facts, which (if known) would totally certify you as an Mr./Ms. Sweet Tooth for the year.

Fact 1 – Inspired from the costume?

While some say that this lip-smacking dessert has been originated and directly named after the Black Forest mountain range in Germany. Yes! The same forest which was said to be the home of the famous Hansel and Gretal, Snow White and Rapunzel. That is the reason, these are called German fairytales. Some other sources claim that this delicacy has been inspired by the costume worn by the women of this region.

The bright red coloured pom-pom on the dress resembles the cherry icing on the cake while the black colour of the costume signifies the chocolate flakes. Also, with the invention of Schwarzwald (black forest cake in german language), chocolate as a flavour in cakes gained much of its favoritism.

You can also read: Avail More Benefits By Using The Online Delivery To Send Cakes And Flowers

July 16, 2006, marks the remarkable achievement in the history of bakery and confectionery with a 3000-kilo huge black forest cake. This humongous cake had got its records straight at K&D Bakery, Europa Park, Germany. One of its kind, this was termed to be the world’s largest cake which was not served as a form of a cake rather as a form of a dessert recipe.

You can also read: Fun Alternatives To The Classical Wedding Cake

Fact 3 – Alcohol+ Cake= A match made in heaven

Over the years, the original black forest has been subjected to a lot of modifications and personalization’s to suit the taste buds and the eyes of a dessert lover. Decades ago, to prepare this tasty delight, the tradition was to even add a dash of colorless brandy (popularly known as kirschwasser) made from sour cherries to the cake.

Significantly, the usage of this alcohol was shifted to other liquor to lift up the mood. But now, when one orders black forest cake online, he or she finds non-alcoholic ones, as well.

While national cake day is celebrated on every November 26 in the United States of America, on March 28, every year this cake toasts to its invention. Heavenly in its taste and multi-layered in its form, this moist cherry brandy cake which was first made by Josef Keller has become everyone’s favourite dessert and is among the ten top cakes that are loved by all across the globe.

So, this legendary German cake has been known for its chocolatey goodness and shall continue to be known for that …AMEN! Enticed enough? Quickly visit the nearest bakery or buy black forest cake online to quelch your foody temptations.

You can also read: Celebrate Party with Vanilla Brownies Cakes

8 Adjustments to Make for Your Aging Parents