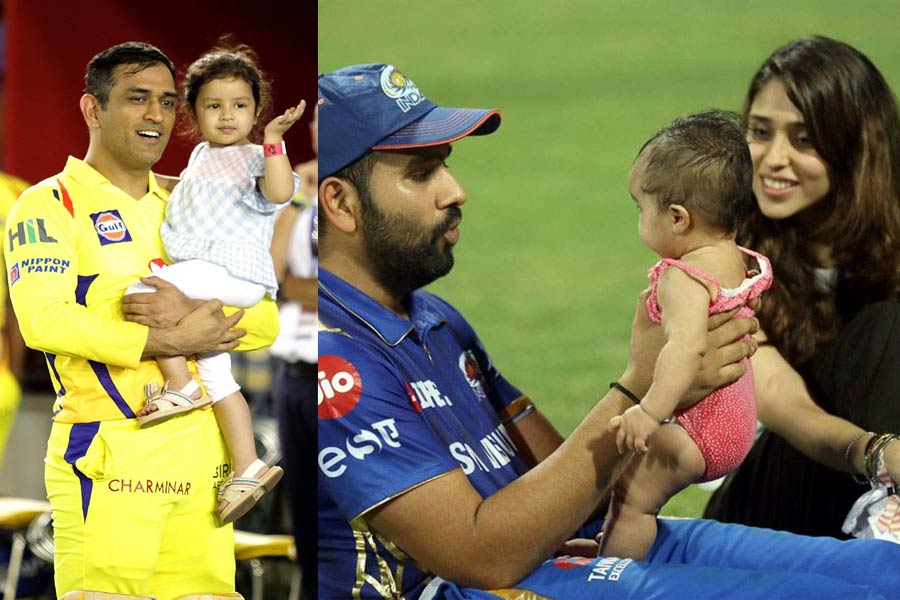 Star Cricketers and Their Kids During IPL 2019

Almost every Indian family is mad about cricket. Be it a young individual or old age people everyone loves to watch cricket more than anything else. Names like Virat Kohli, MS Dhoni, Sachin Tendulkar, and Bhajji are treated as the God of cricket in our Indian society. Not only we are interested in them but we are also very much interested in peeping our nose in their personal lives and My God forget not to mention about their star kids, they are super cute and adorable.

Even media houses can’t stop themselves to capture them whenever they get the golden opportunity to do that.  And this season of IPL 2019 has been a roller coaster ride for these cricketers who have celebrated their victory with their kids and shared the cure moments with them on social media.

Shikhar Dhawan who has represented Delhi Capitals has credited his loving wife and kid Zoravar after winning the KKR V/S DC match. He praised his family after winning the match for giving such an outstanding performance.

The video of MS Dhoni taking the sprint race with Shane Watson and Imran Tahir’s sons also went viral on across the Internet during the IPL Series 2019.

In the video, you will see that the little boys are racing with each other and Dhoni comes and picks up Tahir’s son to make him win the race. They both look completely cute and too adorable doing fun with each other.

David Warner’s cutest daughter, Ivy Mae celebrated the victory of her dad’s winning after defeating Chennai Super Kings in IPL 2019. This cute moment between daddy and daughter has also gone viral over the Internet winning the heart of everyone.

Even she cheered up for her dad by placing a placard mentioning ‘Go Daddy’ in her little hands.

4. Rohit Sharma with his wify Ritika and daughter Samaira

At the end this is what matters the most ❤️ @ritssajdeh

Star cricketer, Rohit Sharma has also shared a cute moment with his wife Ritika and his cutest little daughter Samaira after the matches got over. Rohit was having fun with his family as he was seen lying on the pitch like no one is watching them.

He also captioned their cute picture as, “At the end, this is what matters the most.” And we totally agree!

5. The Twitter video of CSK on the occasion of Easter

The Twitter video of Chennai Super Kings has also created a storm over the Internet where the kids of the cricketers were seen involved in an Easter egg treasure hunt to find the treats. Well. They all looked super cute while finding the treasures.

Tags: Star Cricketers and Their Kids During IPL 2019
ADVERTISEMENT