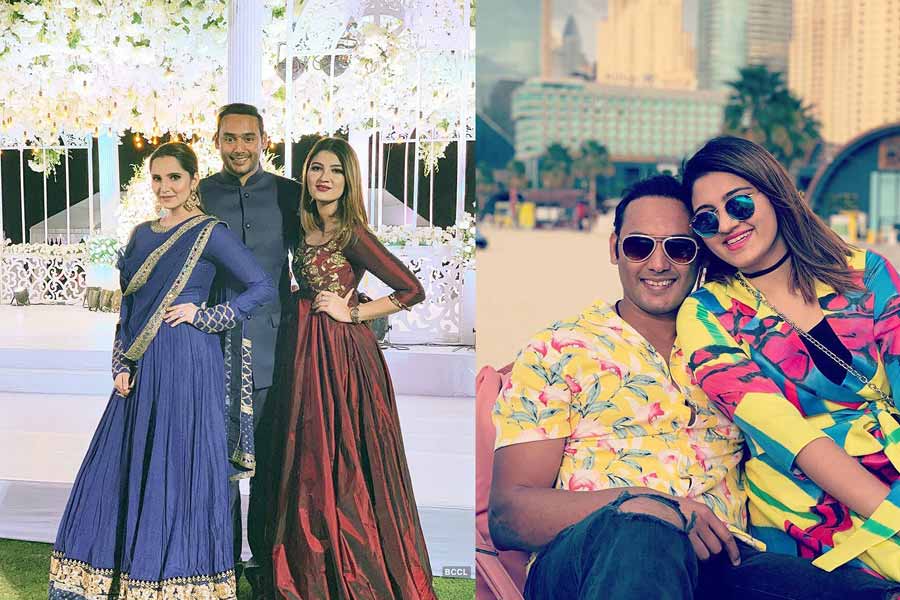 Well, the year 2018 was a star-studded season full of wedding where we have seen most of our favourite Bollywood celebrities getting married. To name some of them, Priyanka Chopra with American Singer Nick Jonas, Deepika Padukone with ravishing Ranvir Singh last but not the least Anushka Sharma with her love Virat Kohli.

Again, we are expecting one another wedding to happen by the end of this year 2019 and this time it is Sania Mirza’s sister, Anam Mirza who is having a secret affair with cricketer turned politician named, Mohammed Azharuddin’s son Asad.

Though their official confirmation is still awaited, reports claimed that Asad and Anam are all set to tie a knot soon this 2019.

Let’s have a closer look at the duo Anam and Asad. Asad is a lawyer by profession and also plays cricket just like his father used to do as he himself was a renowned cricket player. The 27-year-old Asad had recently represented Goa in the national championship.

While on the other hand, 28-year-old gorgeous diva Anam Mirza is a fashion designer by her profession who is better known for her sense of fashion and style.

Their recent Instagram post proved that something is cooking between them. Anam Mirza who is a divorce once was married to Hyderabad-based businessman and boyfriend Akbar Rasheed in the year 2016 in Falaknuma Palace in Hyderabad, but the two had parted ways now due to some complications in their relationship before.

Now she had decided to tie the knot with the guy named Asad. It seems that Anam has found the lover of her life again and is ready to hook up with him soon. According to a report, the reason for the split is still unknown but the divorce proceedings have come through.

Apart from all this, Anam had chosen to lead a happier and blissful life yet again with new energy. She continued her focus being the stylist for her own sister, Sania Mirza who herself is a tennis rockstar and was running her fashion outlet and seeking for some more opportunities in her life ahead.

Anam had recently shared a picture with Asad and took to her Instagram to share the beautiful relationship they share. Well, this shows that Anam has moved in her life and now getting prepared for something exciting to come.

Most interestingly, beau Asad on Anam’s birthday took to Instagram and wrote: “Happy Birthday to the most amazing person in my life”. Seeing them both together, Sania couldn’t resist herself and then she had also posted few pictures with Asad on her official Instagram account.

Anam is a mind-blowing fashion stylist from Hyderabad, had also launched her fashion outlet in the city name. The Label Bazaar and Sania is the brand ambassador for the same brand and forget not to mention, Asad is a budding layer currently and he is following the footsteps of his Father Azharuddin in the cricket.

Well, seeing their beautiful pictures together on their social media account is itself a proof that the couple is getting themselves prepared to marry soon as they also went for a shopping spree in Dubai few time back.

Their sensational pictures have created a lot of sensation and buzz on the internet and also among people making them more curious about their wedding.