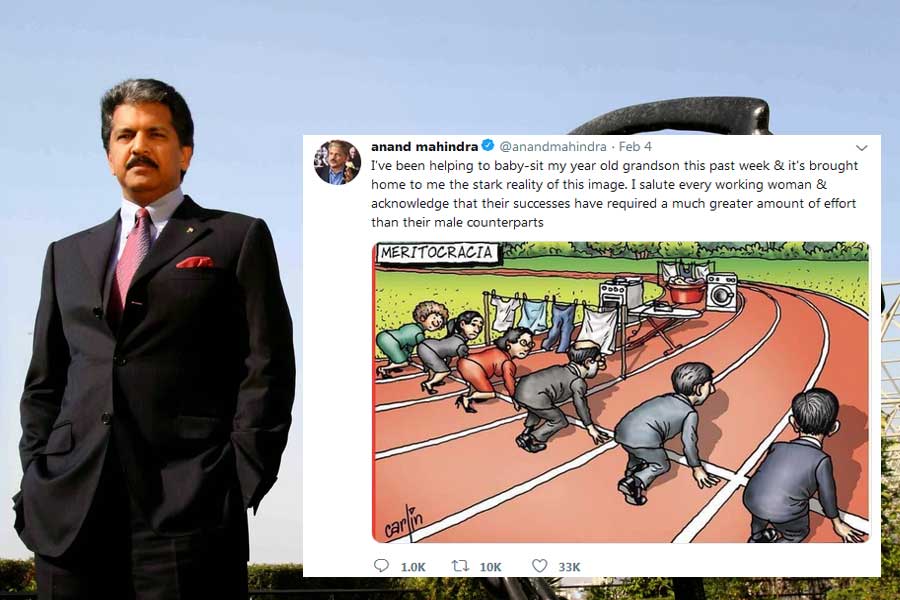 The term work-life balance is more for females than their male counterparts. She is considered successful only when she has maintained the best balance and trust me there are no parameters to measure this balance and is perhaps the most subjective aspect. A girl is educated so that she can earn and lead her life with a sense of financial security.

There are only expectations that are laid on her but when to fulfill those expectations she has to move out in the world is she given the adequate support system.

This is an eye-opening matter and when we strive towards a society with gender equality we need to cover this aspect also. A lady when starts her office she has her mind occupied with her house, husband, family members, and kids.

I’ve been helping to baby-sit my year old grandson this past week & it’s brought home to me the stark reality of this image. I salute every working woman & acknowledge that their successes have required a much greater amount of effort than their male counterparts pic.twitter.com/2EJjDcK1BR

However men simply wake up dress up and leave for work, and once at the workplace they are fully present there and are never with the thoughts like did the child eat or did the physiotherapy for any family member came or did the maid do her work or not, the list is endless.

However, it was deemed that this is the way a society functions and then there comes a tweet from Anand Mahindra a business tycoon who appreciates the struggles of working women in the simplest way.

He goes further to appreciate the efforts of women who work from home amidst all the chaos that engulfs her including the kids who constantly seek her attention or the household chores that never end.

At least some one realise the everyday reality of a woman ‘s life. We work twice as hard to get half the recognition a man will get for less if not more than the effort we make https://t.co/AF27s3bvpK

He puts it up in a heart touching way, when he was given the responsibility of babysitting his one-year-old grandson for a week, he realizes what effort goes in bringing up a child and then also focusing on work and meeting all the deadlines and performing better so as to remain in the job.

And now I hope organisations as well realise this and not just put ‘policies’ in pdfs which don’t really change any groud realities or the barriers that we face every single day at the workplace. https://t.co/7fkpggeaws

Its high time that companies bring up a system where its convenient for the ladies to work with ease. We cannot stress enough over the topic but the tweet acknowledging this reality goes viral and definitely opens the eyes of millions.

Too true. No one is demanding a hand out, merely a level playing field. https://t.co/mxhacTpt9A

Accepting that there is the biological difference but it would be really nice if we could create a society where the working women is appreciated and supported for the efforts she bestows.