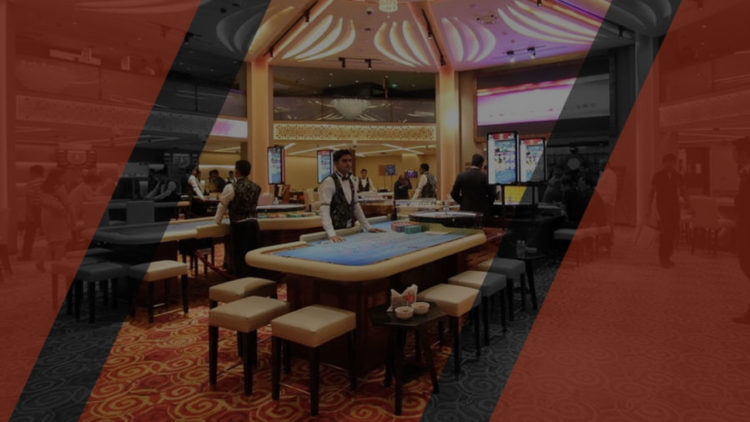 More than a dozen gamblers get busted two days before official casinos in the state start work again. Locals are not supposed to play there, but Goans seem to be gambling elsewhere a lot anyway.

An illegal casino was busted in a hotel in the Varca resort area in South Goa on Saturday, September 18. A joint operation of Colva and Margao town police units conducted the raid which resulted in the arrest of 15 individuals and the registration of a case against them on accusations of involvement in gambling activities.

The 15 detainees, citizens of the states of Gujarat and Goa, were allegedly playing card games making use of differently colored chips with a total value of ₹ 6.9 lakh, according to a press statement issued by the Police.

They are facing the updated penalty sections as per the Goa Public Gambling Amendment Bill of 2021 for organizing an unlicensed common gaming house or for gambling in it (Sections 3 and 4 respectively). The amended regulatory texts stipulate an increase in financial sanctions, but the state legislator has provided the option to judiciary bodies to choose between imprisonment and the now higher monetary penalties, or both. Previously, the Goa gambling legislation required a combination of custodial and financial measures to be imposed on offenders.

Just two days after the police bust in Varca, the casinos in Goa resumed operation after having stayed closed for more than 4 months. The second wave of Covid-19 had forced the Goa government to order the closure of all gambling establishments in the state together with many other businesses and services on May 9, 2021.

The crest of the second Covid-19 wave, led by the Delta and Delta Plus variants, swept through the state in April and May, and by July its strength was greatly diminished. Chief Minister Pramod Sawant’s government started gradually bringing relaxations concerning various businesses and different types of social, political and cultural events.

Nevertheless, hotel- and vessel-based casinos in the state were not allowed to operate until Monday, September 20, 2021, when they were given the green light, together with massage parlours and spa establishments, all subject to strict adherence to the Goa Covid-19 guidelines.

Casino Reopening Not Supposed to Make a Difference for Goa Players

The much earlier Goa Public Gambling Amendment Bill of August 2012, which came into force almost a full eight years later on February 1, 2020, just a little bit before the first lockdowns, envisaged that only people with a valid tourist permit would be able to enter casinos in the state (with the exceptions of staff and officers on duty).

On the other hand, a study conducted before the pandemic in 2019 has shown that gamblers are almost a majority in Goa with 50 per cent of survey respondents having gambled at least once in their lifetime, and 45.4 per cent admitting to having done it within the past year. The figure includes players in legal land- or water-based physical gambling houses and non-forbidden online casinos, as well as state organized and foreign online lotteries, but also fully illegal gambling dens and forbidden Matka draws. The study found Satta Matka to be the most frequent game played in Goa, with roughly 40 per cent of all players practicing it between 1 and 3 times every week.

Additionally, a more recent analysis of Google Analytics geographical data on organic searches for the first four months of 2021 reveals that Goans have a two times higher online gambling related presence than the size of the state would suggest. The relatively small population of Goa of just 1.5 million people, or a little bit less than 1 per cent of the nation’s total population, generates 2 per cent of traffic for real money casino apps and online gambling platforms.

The result is comparable to Andhra Pradesh’s 53.9 million residents generating 2.7 per cent of traffic, and is higher than the combined weight of all North-Eastern states of Arunachal Pradesh, Meghalaya, Mizoram, Nagaland and Tripura.

The news about the long awaited permission for gambling halls to resume operations comes right on time for the beginning of the proper tourist season in Goa, which is between October and March. The price of India’s only publicly listed casino operator Delta Corp stock jumped with 13 per cent to a 52-week high of ₹ 258 following the relaxation announcement.

Previously, the two waves of Covid-19 and the related operation restrictions and lockdowns had led to the Delta company, which has interests in the hospitality business as well, announcing consolidated net losses for Q1 2020 and Q1 2021 of ₹ 28.24 crores and ₹ 28.93 crores respectively, with the latter bringing a 1.06 per cent decrease of the company’s market value upon the promulgation of the Q1 2021 corporate report.

You may also read: 5 Most Renowned Pubs in Goa That Are Like Heaven For Partylovers