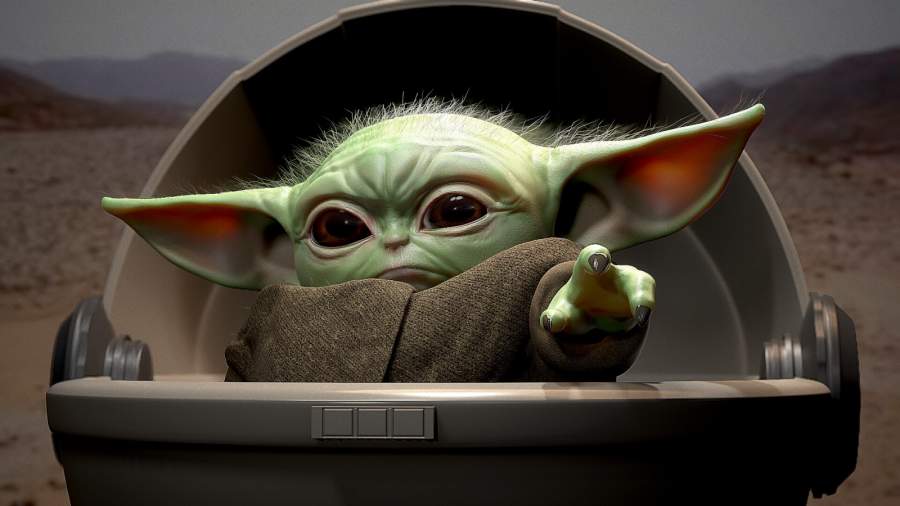 You might have seen why people have been googling so much about Baby Yoda. Yes, Baby Yoda who is the most googled baby of 2019. People are searching more about this character as compared to popular celebrity’s kids. Well, this tiny creature is decades old but that doesn’t make it any less famous and adorable. Baby Yoda has become the internet’s newest star. It has made Disney and Star Wars Series fans going gaga over it. Let me tell you more about who is “Baby Yoda”

So, who is Baby Yoda?

Baby Yoda is the character from the newly released Star Wars series ‘The Mandalorian‘. Since then he has become an internet sensation. He is actually a cuter and younger version of the ancient Jedi master. He is one of the weirdest and endearing creatures seen on the screen and has become the talk of the town and the source of memes.

Also read: 7 Films Which Storm The Box Office And Collected Over $1 billion

He’s tiny, he is cute that’s why people are searching about him so much. He is doe-eyed, big-eared. This little creature is the center of the new Star Wars series story.

Do you know he is actually 50 years old?

You won’t believe this tiny creature is actually 50 years old who likes like an alien. Though he looks like a child, he is not. Still, he has officially become the baby of the year by Google’s standards.

Baby Yoda has filled our hearts, minds, and Twitter

This gif is my life #BabyYoda #TheMandalorian pic.twitter.com/eubsETmjAR

Calling it now: #BabyYoda is the best meme to have ever memed. Also this is my new favorite gif: pic.twitter.com/7vTj4W54AJ

DAY SHOULD FEEL THIS GOOD EVERY DAY. #BabyYoda pic.twitter.com/4fyMxYDeN3

Since the moment we get to know about him. People are going gaga over it. He has filled our hearts, minds, and Twitter timelines with cuteness.

Why are we so much in love with Baby Yoda?

His cute infant-like features such as big eyes and tiny ears and that large round head are making people go crazy over it.

He is giving tough competition to all those royal babies

He is the most googled baby in 2019 on the internet over the kids of celebrities. Rounding up the topmost Googled infants are the celeb kids of Kim Kardashian and Kanye West, Cardi B, Andy Cohen, Trey Songz, Shawn Johnson, and many others. But still, he has the power to defeat them all by his cuteness.

Also read: Star Wars: Galaxy’s Edge Pictures Have Been Released and They are Perfectly Stunning!

2019 was for sure the year of celeb babies, but it seems Baby Yoda has become another search for most of the peoples. According to the American actor and producer, Jon Favreau, the Mandalorian creature is about to explore Baby Yoda’s back story in future episodes and then we will get to know more about him over the course of the season. Currently, Baby Yoda is celebrating his role in the most searched terms of 2019, Disney plus and we are loving it.

If you haven’t seen him yet or don’t know about him go and search him right away and I am sure your heart will melt after seeing his tiny and cute face.