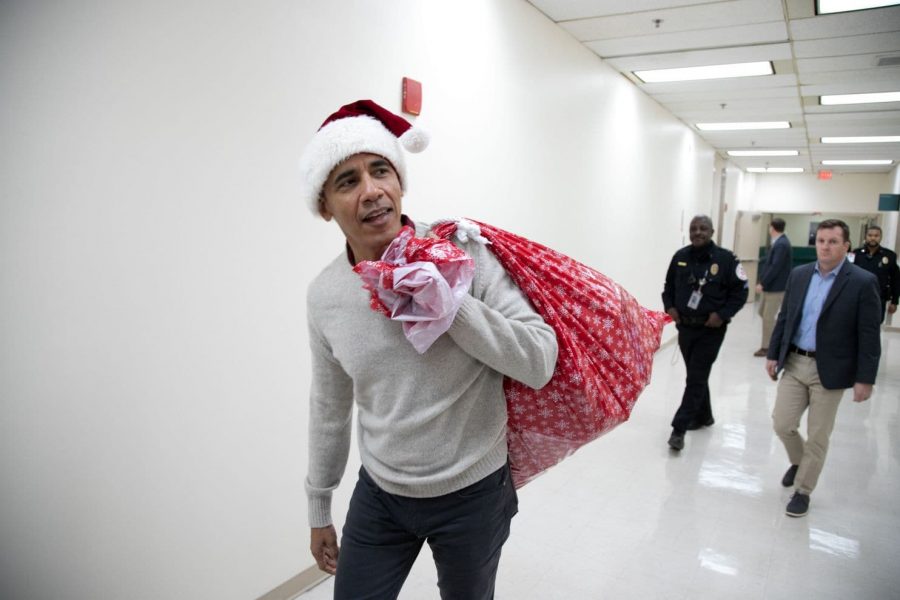 The most viral video with 2.9 million views, has created a buzz on the social media and is cheering the former Us President for his “kindness ‘ and ‘swagger”. The man himself visited a children’s hospital in America and it has won our hearts. This was a surprise visit and Barack Obama had dressed as a Santa.

The 57-year-old walked through the corridors of the hospital and was welcomed with crowds cheering him, the whole act of kindness and compassion has created a stir in the social media.

Wearing a Santa hat, Obama was carrying a bag of goodies to distribute the gifts amongst the children undergoing treatment in the Children’s National Hospital in Washington DC. The hospital staff had recorded the video of the same and shared it on the Twitter account of the hospital.

Thank you @BarackObama for making our patients’ day so much brighter. Your surprise warmed our hallways and put smiles on everyone’s faces! Our patients loved your company…and your gifts! https://t.co/bswxSrA4sQ ❤️ #HolidaysAtChildrens #ObamaAndKids pic.twitter.com/qii53UbSRS