Benjamin Keough: The Grandson of Elvis Presley Dies by A Tragic Suicide 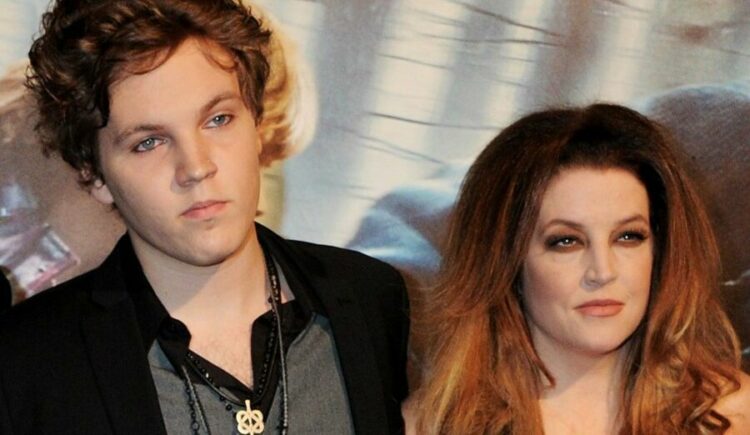 Benjamin Keough was the grandson of legend Elvis Presley. Benjamin not only has Elvis’s look but also has a huge interest in music. All Benjamin wanted was to follow in the footsteps of his legendary grandfather. However, this journey was not easy for Benjamin. Standing up to his grandfather’s mark put him under a lot of pressure. The expectations from his family and Elvis fans were overwhelming for him.

At 27 years old, Benjamin Keough chooses suicide to end his life. Due to mental issues and a lot of pressure, he dies at a young age. His journey to achieve fame as his grandfather was unfinished with his amazing looks and great talent. Let us see more details about Benjamin Keough and his incredible life before death.

Growing up as the grandson of Elvis Presley, the king

Benjamin Keough belongs to a wealthy family. Born with a silver spoon, he got every support from his family. His resemblance to his grandfather made his family joyful. It was like seeing another Elvis in Benjamin for his family. Even with exceptional support, no one could prevent Benjamin from having bouts of depression. Everything in Benjamin’s life ended before it started.

Benjamin Keough’s suicide in 2020 left his family in tremendous shock. The stress of looking up to his grandfather was too much for him to bear. There are not many details about the brutal death of Benjamin out in public. The real cause or what happened that night is still unclear. However, several details about Benjamin Keough let us know more about him.

Background details and an amusing music career ahead

Benjamin Keough born in 1992, is from Florida. He had depression from a very young age which influenced him more in adulthood. Lisa Marie Presley is the only daughter of Elvis Presley. Has the only heir of Elvis. She owns the 100 million fortune of her father. Danny Keough is the father of Benjamin, who is also a musician. He was tutoring his son with music lessons on Jazz.

In 1984 Marie and Danny got married and have their child Benjamin. After meeting Marie at a church, the couples start to date. The family saw a close resemblance of their child to Elvis as a blessing. Marie spent most of her time with her father Elvis. Her son’s resemblance to her father brought her more happiness. Marie Presley’s love of her life was her precious son. She did everything to make him happy and care for him as a mother.

Marie Presley had many love interests in her life. After separating from Danny Keough, she starts to date Michael Jackson. Benjamin Keough and his siblings did see their mother leave Danny for Micheal. The divorce between the parents did affect Benjamin. However, Marie’s relationship with Michael Jackson did not last long. She again found love with Nicholas Cage. However, their relationship lasted only a few months.

In 2006, Marie Presley tied the knot with Michael Lockwood, the music producer. This time Benjamin and his siblings found stability in their life. Their mother finally got settled. Marie had daughters with Micheal Lockwood, and Benjamin got a stepdad. By the time Benjamin reaches 17 he shows great internet in music. He had the idea to follow in his grandfather’s footsteps in the music industry.

As the grandson of Elvis Presley he had the perks of identifying him with that legacy. Music companies were happy to invest millions of dollars in him. In 2009 universal studios approached him with a contract of 5 million to give him a head start. There are few albums and covers Benjamin Keough did at the start of his career. However, the albums he recorded never made out.

Benjamin Keough is popular for his striking image of his grandfather. Marie even shared the experience of how much her son and her father look alike. When going to a concert, people just grabbed Benjamin to take photos due to his resemblance to Elvis. She says that looking at her son is overwhelming for her.

Before his death, many could see some difference in him. Friends could see how lost or slurry he was. Plus, people close to him thought he was a teen, and it was normal to have that attitude. The shocking factors behind his death only came out after his suicide. Marie had many financial problems. Their financial manager cheated, leaving Marie with a lot of debt. To solve this problem, Marie also sold her million-dollar estate.

Plus, at an early age, Benjamin Keough starts taking drugs. His drug overuse put him in a dangerous situation. He also went to rehab to control his drug habits. He went to a party with his girlfriend. It was the last night of his life as he pulled a trigger on his mouth. The death of Benjamin Keough was shocking for the family. There are no details on why and how he did it. However, his death is ruled as suicide.

During the autopsy, investigators could find more details about his death. While taking cocaine and drugs, Benjamin Keough many times tried suicide. After the death of Benjamin Keough, Marie broke apart. She could not handle the grief of her beloved son. Her wound of losing her son is beyond healing. However, no one had any clue what he was going through.

Some of his friends say that it did not take them by surprise as Benjamin Keough was not normal for many days. He was suffering from stress and depression that made him down. After his death, Benjamin’s sister takes social media to speak about him. She posts a picture in remembrance of him. She also puts captions saying he was too sensitive for this harsh world.

The family and friends of Benjamin Keough are still struggling to cope with his death. Keough was buried in a Meditation garden near his grandfather’s grave. Marie, his mother, is living a dark and thick life after her son’s demise. People knew Benjamin Keough for his amazing looks, like his grandfather. However, he passed soon before people could know about his personality or talent.