Bepannah: Harshad Chopda and Jennifer Winget Have Taken a Leap and it Looks Like the Ending is Going to be Happy 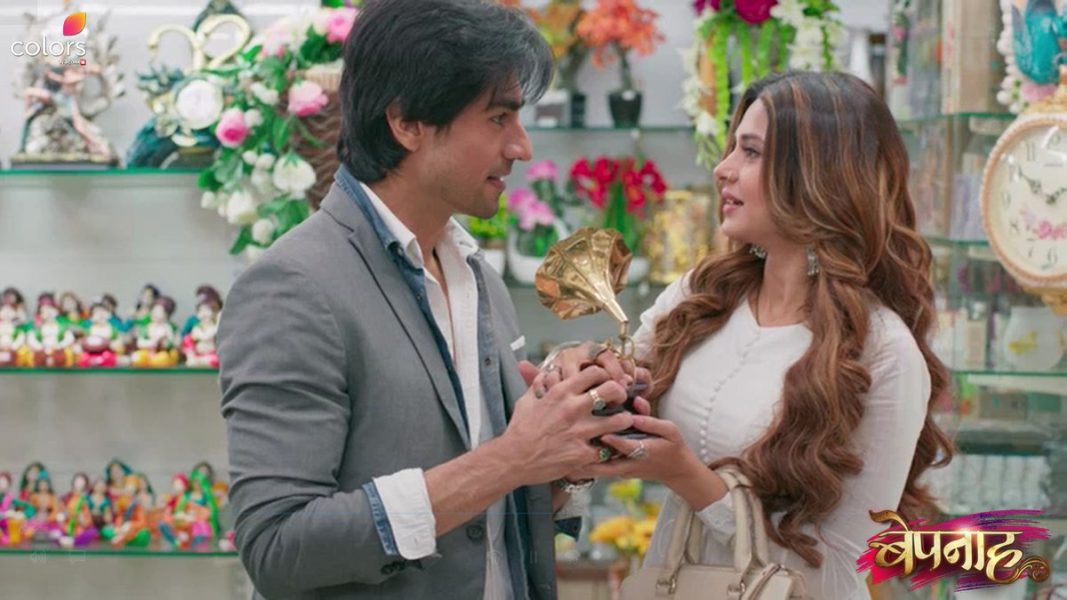 Bepannah is going to get off the air at the end of their month. The fans are going to miss the show as it was doing pretty well, however, the fans are happy to see that the ending of the show is going to be happy with Jennifer Winget and Harshad Chopda will finally get together when the show ends.

The show is supposedly going to go off air very soon and they have made a leap in the show just to make it end better. The ending trailers have come and they are clearly showing a six-month leap. The show was not being able to manage well with the statistics and the numbers being shown which brought the directors and the producers of the show to put down the show and take this decision.

All good things come to an end and so the curtains will soon fall on our beloved, Bepannaah, you cant help but feel sad together with all fans of the show. The last thing we want is to disappoint you but certain journeys are best short therefore even more meaningful and fulfilling. Bepannaah has left its own special trail and as it gears to close, i stand with gratitude for a stellar star cast @harshad_chopda @namita_dubey @rajesh_khattar @sehban_azim @vaishnavidhanraj @shweta.shwets @apurvaagnihotri02 @shehzadss @iqbal.azad @aaryaasharma @aanchalgoswami55 @parineetaborthakur @mallika453 @itstahershabbir and the crazy times we’ve shared on set and for the opportunity to be your Zoya! Time really flies by but the love that our fans have bestowed on us has been tremendous all through and overwhelming to say the least. Rest assured, I will be back after a short break with something new and even more exciting so humbly request that you respect that a new beginning follows after every ending. Stay tuned for an all new avataar of your’s truly. Finally, @aniruddha.rajderkar @naihal.bagora you guys created a gem of show and this is just the beginning. Ishq ke imtihaan aur bhi baaki hai !:) Thank you Cinevista, my home away from home. Thank you for always trusting me blindly and having faith in me. This is bittersweet, but my heart will always belong here. #Bepannaah ❤️

When the news first came out that the show is being pulled down, the fans of both the actors, Jennifer Winget, and Harshad Chopda were highly disappointed as they were pretty much engrossed in the show. They went quite disappointed and initiated a trend which caused, the new and trendy hashtag, #DontEndBepannah and further #ExtendBepannah. These hashtags got viral on social media.

However, now as there has been such a leap in the show, the fans are not taking it positively and not at all happy due to that.

There have been a lot of pictures which show Harshad in a suit and Jennifer in a kurta looking like a chic. The pictures make us assume that the show is going to end soon. However, we can also see that the ending is going to be pretty happy.

There are other characters also in the show which include Namita Dubey and Sehban Azim which were in lead roles. Rajesh Khattar and Apurva Agnihotri had quit the show even before they decide to put it off the air. The team of the show has posted a lot of messages related to parting and we are pretty sure that you all are also going to miss the how.

However, all good things also have to come to an end, there is nothing that can make it work anymore and the favors have been not been on their side as for now, earlier, there was a buzz that the show is going to go off the air. But will be aired on digital platforms like some other shows, but that did not happen anyway.

They have come to a decision that is going off the air due to the financial data show. So, it is pretty much decided finally. However, the fans are going to miss it a lot.