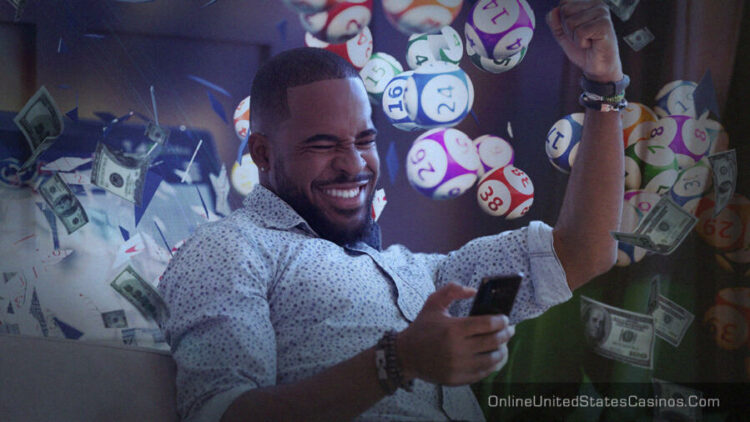 Keno is quickly growing in esteem in popular culture. For those who may not be aware of it, keno is a lottery-like game, which has been adopted by many casinos around the globe and online. In recent years, especially, the game has seen a completely new level of success. Due to the nature of the game, keno is often compared to the lottery, and many ask the question, how they are different. The main difference lies in the odds.

It is true that keno is one of the casino games with the highest “house edge”. Although this is not applicable to all forms of the game. For example, if you play keno online for real money, the house’s advantage can range anywhere between 4% and 35%, whereas in land-based games that number is closer to 20%. However, as many of you might know, winning the lottery is even more difficult. So, from that perspective, keno is a safer choice that many gamblers are opting for.

Some have tried their luck at both online keno and in brick-and-mortar establishments, and have not come out so great. However, Lady Luck has smiled down on others. Some of the biggest payouts in gambling have been recorded in the game, and we are going to look at a few of the people who’ve taken home the big bucks in this article. So, without further ado,

Let’s look at some of the biggest winners in keno’s recent history.

In 2016, Springfield resident Bruce Buckley purchased a $2 keno ticket. Without much background in the game, or any special expertise in how to win at it, the Oregon man eagerly awaited the results. He was soon incredibly shocked to find out that he had won. But not only had Mr. Buckley drawn the winning ticket, he had also made history as the man to win the biggest Keno prize in Oregon’s history.

As it turns out, the $2 ticket was worth over $300,000. At that point, the highest Keno 8-Spot win in the history of the whole state. While in the usual game of keno, the numbers being drawn go from 1 to 20, in the 8-Spot variant, there are 80 numbers being drawn. This makes the game a lot riskier, as the chance for victory is significantly lower. However, 2016 was a lucky year for Bruce Buckley, and he managed to take home $300,000. All for the price of a $2 ticket.

Hold on to your hats for those who think $300,000 is a lot. Because for this second case we will go to Australia. Australia is the home of many unique and exotic animals. However, it is also the birthplace of Zeljko Ranogajec. One of the most popular gamblers in the world today, Ranogajec was born to a Croatian immigrant family in Australia. Nowadays he is situated in London, from where he runs a pretty successful gambling operation.

However, what we are interested in is his 1994 win in Keno. According to Mr. Ranogajec, he won an absolutely staggering sum of money while playing keno at the North Ryde RSL Club in New South Wales. Zeljko hit an incredible jackpot, worth $7.5 million (in US dollars). This win is somewhat controversial, as many claim that in order to make this much, he would have had to put down a considerably higher amount.

However, others have calculated that, even if this was the case, Ranogajec would have come out on top by collecting smaller wins along the way. The truth can never be truly known, but the fact is that someone did win millions of dollars on keno.

But not everyone can get as lucky as Mr. Ranogajec. Still, Luck does smile on many. One man who has managed to win Fortune’s favor is Patrick Lamour, a resident of Merritt who, in May of 2022, managed to break the local record in Keno and win an astounding $400,000.

While this does not match the incredible 7.5 million sum that Zeljko Ranogajec got, it is still an incredible amount, especially considering that Mr. Lamour did not need to put down so much money, and had nothing to prove. Patrick had only been playing keno for about a year at the time of his huge win. Unsurprisingly, after his big victory, he claims he will be visiting the casino far more often.

These are just a few of the men and women who have attained the status of keno legends. There are dozens upon dozens of other famous moments in the game’s history, where gamblers have broken records, won the jackpots, and grow rich by getting lucky. Whether you choose to play the game at brick-and-mortar shops, or whether you are interested in playing keno online for real money, we hope that Lady Luck will smile at you, as it has at these three men.

This article was written in collaboration with casino online experts.

Also read: How To Improve Your Skills as An Online Gamer