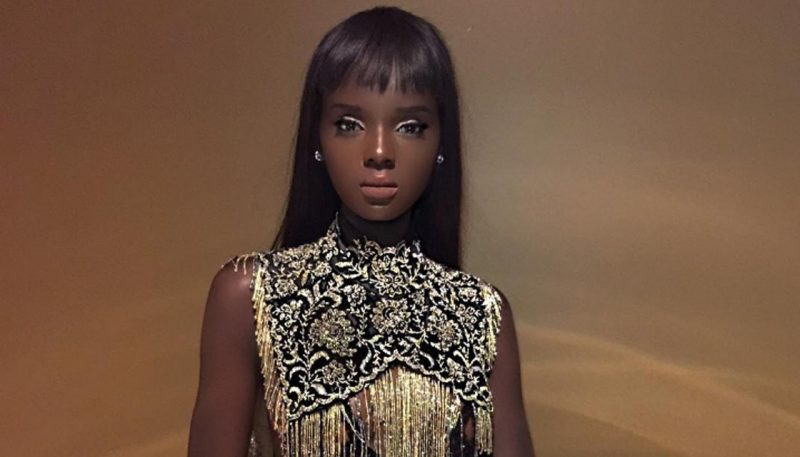 Beauty is often tied with stereotypes. Its often assumed that fair skin girls with red cheeks and almond shaped eyes are beautiful, but breaking the assumption is this beautiful girl with her melanin skin. Her looks are captivating and will demand your attention; the eyes are expressive so as to break the silence just a flutter will be needed.

Women with melanin skin are beautiful and this woman just proves it with any speck of doubt or argument. The woman is Australian- Sudanese and looks the twin version of real- life Barbie doll. 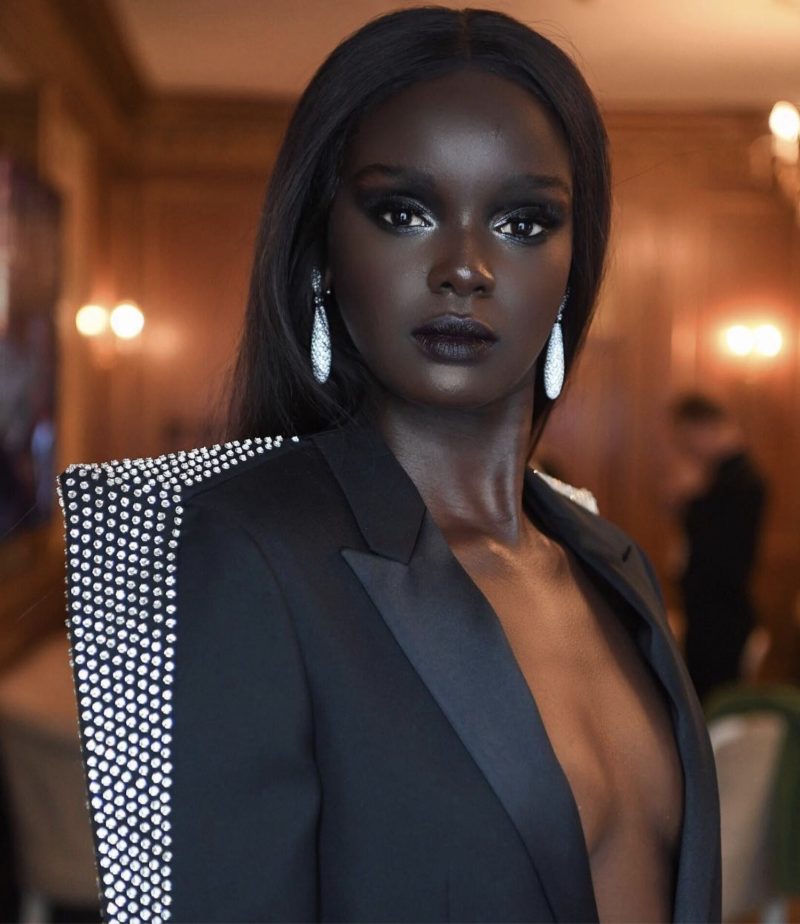 Duckie is a 21- year old model with the best skin. She gained popularity in the Australia’s Next Top Model, and is often mistaken to be real life Barbie doll. Well things were not always shining and glittery for her before reaching the stardom she had to tread a tough road.

In her teens she was bullied and criticized for her looks and was often called names. Even when on the peak of her career she was made target of insensitive  remarks and was ridiculed. However nothing could stop her and her life changed when her friend at the cost of her life took an extreme step to keep away from such remarks. The incident changed her mind set and she decided to be what she is and not change for anyone. 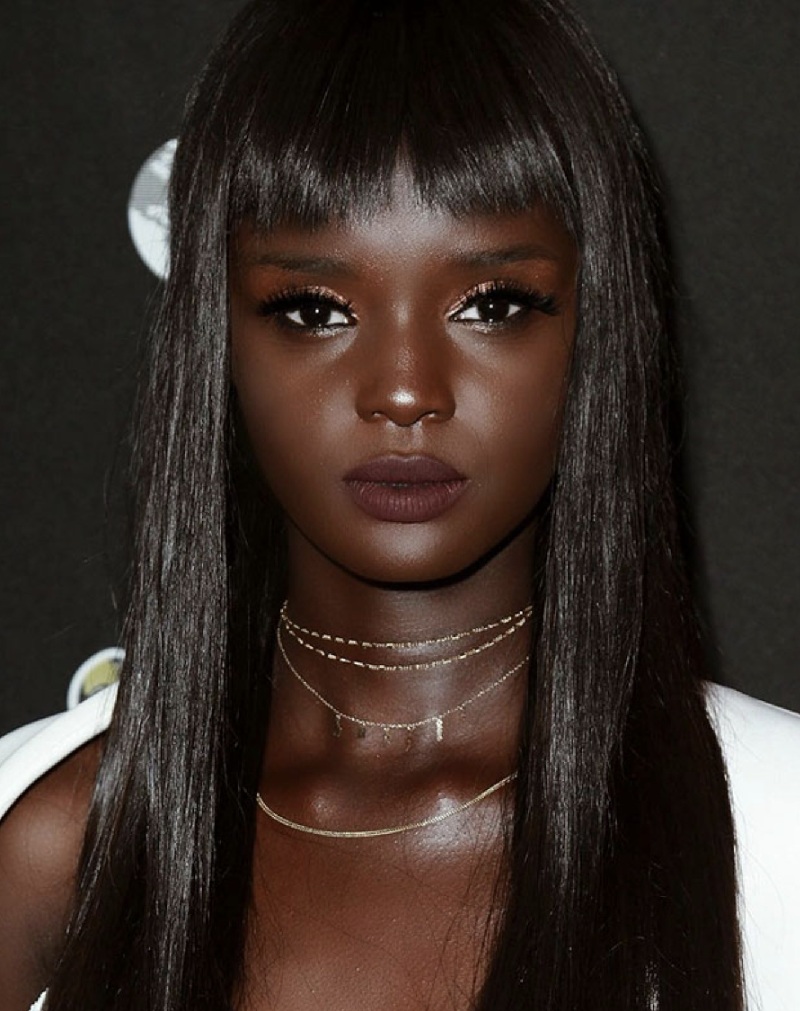 She moved out of the modeling world only to set up herself again as a diva. Now after rigorous efforts of two years she has gained immense popularity to make any man or woman to go gaga about her. Her life is inspiring and not a fairytale as she pulled herself out of the criticism and tough situation all by herself and her efforts. There was no Prince Charming to do so. She is beautiful and compassionate with a equally strong heart and mind, she said in a interview “You’ll always have people say negative things about you… what people think about you doesn’t define you”.