Break The Seal: Let us All Worship Lord Ayyappa 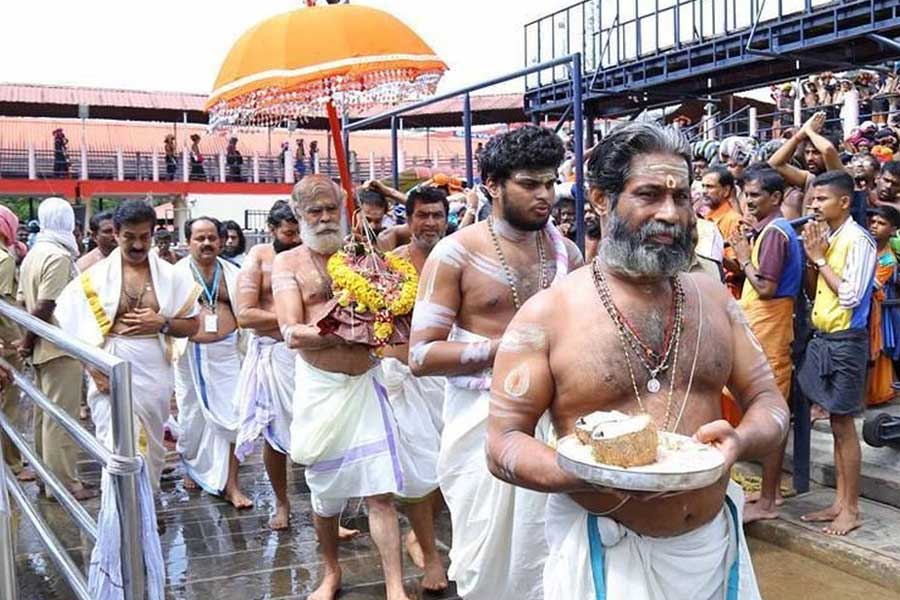 Well even before starting with the Sabarimala case, let us be aware of the fact the Indian society is a gender biased society and there are many places or worship where still the entry of women is not allowed. One such temple was of Lord Ayyappa, a shrine in Kerela. It is one of the most famous pilgrimage sites for the Hindus in India. There are thousands who frequent this holy shrine every year and for this, they need to do some rituals.

Women from the age group of 10 to 50 (menstruating age) are not allowed in the temple as they are considered as impure. It is considered that Lord Ayyappa followed celibacy all throughout his life. Therefore ban in the entry of women in the menstruating age as it would disturb the celibacy of the Lord.

However in the year 2018, in a bench of five from the apex court of the country, the rule was passed whereby women from the age group of 10 to 50 were to be allowed in the temple. This issue was raised way back in 1991 when Kerela High Court ruled that entry of women in this temple was an immemorial tradition and it was not discrimination as per the Constitution.

The ban was again challenged in the year 2006 and the probation was considered a violation of the constitutional right, Right to Equality and religious freedom.

The apex court on October 2017 referred this issue to the constitution bench framing five ‘significant’ questions and whether the practice of banning the entry of women in the temple as discrimination and it violated the fundamental rights that have been bestowed on them by the constitution.

A bench of 5 judges headed by Chief Justice Dipak Misra was hearing the matter and in the last working week of the Chief Justice came the historic judgment whereby the age-old tradition of banning the entry of women in the temple was ruled out.

When a man can enter, a woman can also go. What applies to a man, applies to a woman also,” the bench also comprising justices R F Nariman, A M Khanwilkar, D Y Chandrachud, and Indu Malhotra observed.

“The right to enter a temple is not dependent on legislation. It is the constitutional right,” it had said.

There have been attempts made by female devotees but in spite of their continuous effort of trying to just get blessings of the Lord, they could not succeed.

Women, escorted by police teams, returning back. Won’t proceed towards the temple Police state law and order problems as massive number of protesters gather at various places in and around Sabarimala. Peak season.

The state government has failed to let the female devotes in the temple due to the aggressive protests made by the protestors. 26 Wednesday the temple closes as it marks the end of the Mandalam festival and in spite of the apex court supporting the female entry it could not happen.