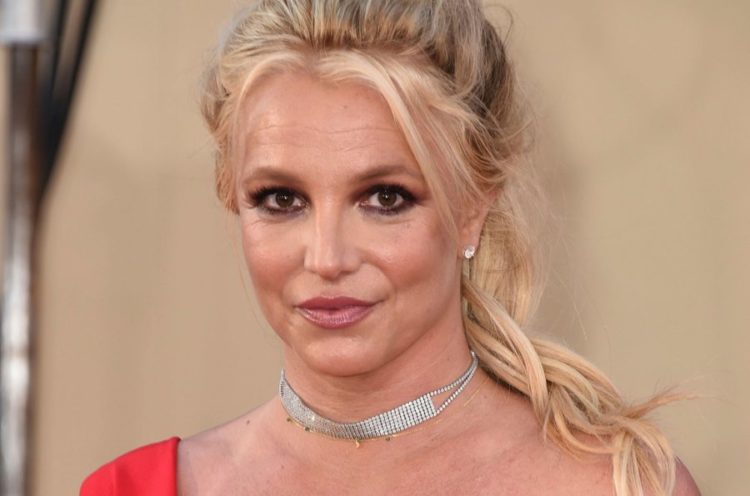 The gorgeous Britney Spears has once again topped the headlines with a brand new steamy, sexy picture. Well, it’s not surprising that she’s in awesome shape. So, no wonder she is flaunting her body on her numerous Instagram pictures wearing a bikini. However, her recent topless picture has left her fans speechless. She has an outstanding, sexy figure, and she ain’t shy to hide it. But a few people also made some controversial comments on the picture.

They have questioned whether the picture is really of Britney’s or not. Well, there’s a reason for such a comment, and we will discuss it in this article.

So, in the latest Instagram picture, Britney Spears has gone topless. In fact, she flaunted her amazingly toned back as she stood nude in front of her bathtub. Moreover, she also put three ballet slipper emojis. It’s probably a sign that she has attained a fine figure and she ain’t shy about it to show.

However, the fans of Britney were quick to notice a thing. In fact, that’s why many people have spoken about the picture not being hers. So, what’s the essential ‘missing’ thing? Well, it’s her tattoos.

It’s worth mentioning that she has two tattoos- a fairy one on the lower back, and a Hebrew symbol on her neck region. Since the nude photo didn’t show any tattoos, it was strange to many. However, it’s also true, why would Britney just post somebody else’s picture anyway? Therefore, this very fact had people scratching their heads.

You may also like: 7 Surprising Benefits of Sleeping Naked All Night

Britney Spears’ Comments Regarding the Speculation

So, Britney wasn’t going to just sit back and take all those negative comments. In a follow-up Insta post, she said, “Ok, so I edited out my tattoo on my neck cause I wanted to see what it would look like clean”. She added that she likes it better this way, and condemned the haters as well.

It’s really great to see how much Britney has worked on her figure. Her hot, steamy topless picture of her back has really grabbed a lot of attention. However, with Brintey, controversies are always there.