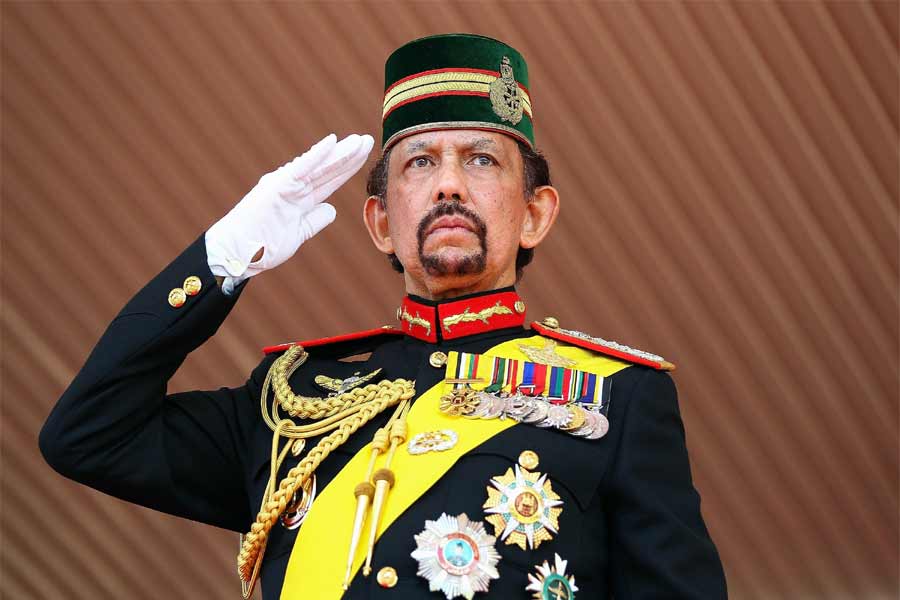 Earlier this week on Wednesday, the country of Brunei has introduced a harsh new sharia law that has been described as “barbaric to the core,” and would include measures that would make sex a punishable offense between men. The newly introduced law would be applicable to mostly the Muslim individuals including children who have reached puberty.

Some aspects would be applied to non-muslims. The individuals who would be found guilty would be punishable to death. Though sex between gay or homosexuality was already illegal in Brunei and punishable by up to 10 years in prison.

The tough penal code on the tropical Brunei Island is ruled by the all-powerful Sultan Hassanal Bolkiah.

The penal code is supposed to come into effect soon after following years of delays. The law will make Brunei the first country in East or Southeast Asia to have a harsh sharia penal code at the national level, joining several mostly Middle Eastern countries such as Saudi Arabia.

The law and the punishment under the law for gay sex have shaken the whole world. The United Nations has labeled the law as “cruel and inhumane”.

Comprehensive @hrw release on #Brunei‘s new penal code, and horrific, medieval punishments for vulnerable women, children, #LGBT & others. No place in the 21st century for this kind of law! https://t.co/x0IMB9YQ8u pic.twitter.com/XsOprlXRYr

The supporter of the law, Bolkiah is also the owner of the Dorchester Collection hotel group, which runs popular hotels like the Beverly Hills Hotel in Los Angeles and The Dorchester in London. As a result of the introduction of the cruel law, many celebrities have lobbied others to boycott the group of hotels owned by them.

#Brunei
We are very concerned by the entry in force of a new criminal code on April 3, which provides for corporal punishment and the death penalty for crimes including homosexuality, apostasy, blasphemy, and adultery.https://t.co/jO87CJj4ER pic.twitter.com/yuS2vc040Y

The list of celebrities includes George Clooney, Ellen Degeneres, Elton John, and Bobby Berk, who have all spoken out against the new penal code. As per the CNN, the law will come into force on 3 April 2019. The punishment under the harsh law ranges from imprisonment to lashes, to amputation, and to death.

Under this new law,

CNN reports that sex between the same gender would be punishable by death whereas sex between two females would earn a punishment of 100 lashes. Thieves involved in stealing would reportedly be met with amputation, and someone who dressed up differently trying to be someone else may put into prison.

BBC has reported that the supporter of this harsh law wants to see Islamic teachings in the country to grow stronger.

After introducing this law, LGBTQ people in Brunei said that they are in fear. They have said that it is a very aggressive punishment. It’s not something that a human should suffer just because of being a homosexual,” told by a young gay man to CNN.

Australia has raised our concerns with the Brunei government on the introduction of the full Syariah Penal Code today. We absolutely oppose the death penalty & are committed to the rights of LGBTI people. We will continue to advocate for human rights in the region & beyond. @dfat

According to a transgender woman, the law also has far-reaching impacts. She told CNN That everyone would get affected by the introduction of this law. The situation will become worse and life will become horrible even if you are not in the category of LGBT.

She also told that especially women would be at a big disadvantage. CNN also reports that abortion and pregnancy outside of marriage are also outlawed under the new penal code.

Brunei is introducing death by stoning for homosexual acts. The Sultan of Brunei owns these luxury hotels. Boycott them if you don’t want to fund a country commiting murder of LGBTQ+ people #BoycottBrunei pic.twitter.com/wgZUVx7sWW

If we are going to boycott #brunei then we should do something about these other countries who also believe in this… just saying pic.twitter.com/TGMkBWreWQ