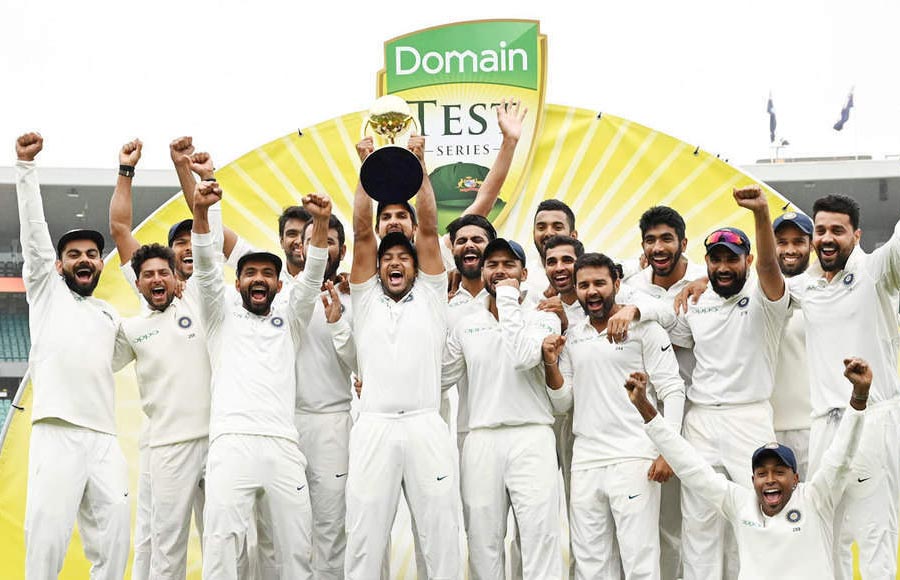 By Far This Is My Best Achievement”: Virat Kohli Rates Test Series Win In Australia Above World Cup Victory. The Blue Squad has done us proud after the 11th attempt in the last 70 years it is a test series that they have won in Down Under. Virat Kohli has again proved his worth as the captain of Indian Cricket Team and has brought the trophy and the title that was much awaited.

He has created history and is the first Indian and Asian Captain to win a test series in Australia, after the fourth and the final Test ended in a draw in Sydney on Sunday. The young aggressive captain has put the critics to shut after the glorious win and he himself scored 282 runs in the four-Test series that also has a century.

So proud to be a part of this team, great feeling! ? This is not just a team this is a family. ? Onwards and upwards from here on. ?????? @BCCI pic.twitter.com/K0PKG8g3uK

It was not only the moment but the entire series and gesture by the Captain that made the country so proud. He has risen from his individual stature and claimed it to be the efforts and dedication of the team that he is leading that resulted in the glorious win.

This was a special achievement and by far the best moment of his cricket career.

Not only his game it is the skill of the team that he has helped him to win and he said in a post-match presentation “ Firstly I want to say, but I’ve also never been more proud of a team than this one.

The culture we’ve been able to build over the last 12 months. Our transition started here when I became the captain for the first time.’ Beautiful words to describe the beautiful feeling of winning a series that have created history.

Kohli was also the part of Indian ODI team that won the ICC World Cup in 2011. The captain then was MS Dhoni. Still, the present captain and Indian skipper claim this win even above the previous win.

And has commented “By far this is my best achievement. Has to be on top of the pile. When we won the World Cup, I was a young player. I saw the others getting emotional,”

Well previously also the captain has won test series and this is his fourth win in the Test series and it surely makes the team and is very proud.