Cheteshwar Pujara and Rishabh Pant: The New Men in Blue Who Are Here To Stay Long and To Set New Records 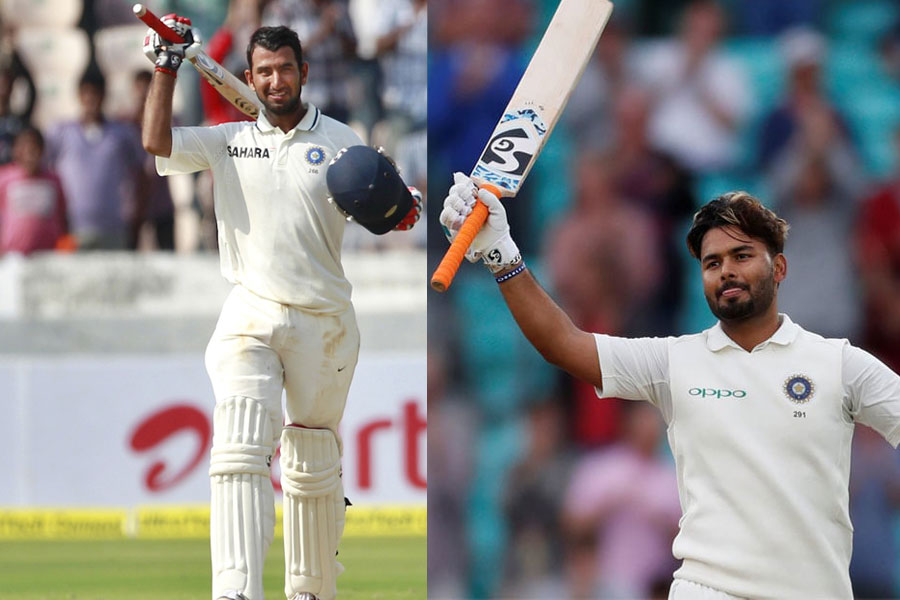 Pujara has faced 1258* deliveries in the series which itself is a record by an Indian cricketer in a Test Series in the Australian ground, this record has broken the record of Rahul Dravid. His batting style and cricket playing talent have been applauded and he is the viral sensation, the fans have down poured their positive comments and well wishes for this iconic player.

His talent and determination know no boundaries but surely his balls cross the boundary. He got some 193 runs in 373 deliveries that have 22 fours (dismissed caught and bowled by Nathan Lyon of day 2) and this is an incredible achievement for any Indian batsman in a foreign land.

This was the first inning stat and again if he is on the strike the figure will be huge; he is the defensive batsman and will surely defend the title and series for India.

The other man in blue who is young and naïve worth mentioning is Rishabh Pant. The young lad merely 20 goes unbeaten in his second Test and has scored 159.

Rishabh Pant along with MS Dhoni and Nayan Mongia is the only wicketkeeper to score a Test century in Australia. In the 137 deliveries, he scored 159 and not out.

Former captain Azharuddin was in all praises for this young talent and in an interview and claimed “Rishabh Pant batted really well but needs to improve his wicket keeping. I was surprised that he hit only one six in his unbeaten knock. But he played very well and I feel India has found a batsman similar to Adam Gilchrist,”

The young talent needs to be a bit more polished to enter the team for T20 and ODI series. He is thus not in the team against Australia and New Zealand for the ODI but will be onboard for the World Cup in England and Wales that is scheduled later in this year.

The boy is young and needs a bit more mature approach towards the game. There is too much of game in him, he is growing and has matured in his game and is surely a good wicketkeeper and an overall keeper for the team.

Well, the former cricketers like Aakash Chopra, Nikhil Chopra and many more have termed him to be mandatory for the World Cup. The two men and the team collectively make sure that history is rewritten and the team who has never won test series in Australia will get the series in their name.

Test cricket will always be a priority, says Player Of The Series Cheteshwar Pujara#cheteshwarpujara#SydneyTest#INDvAUS#INDvsAUS