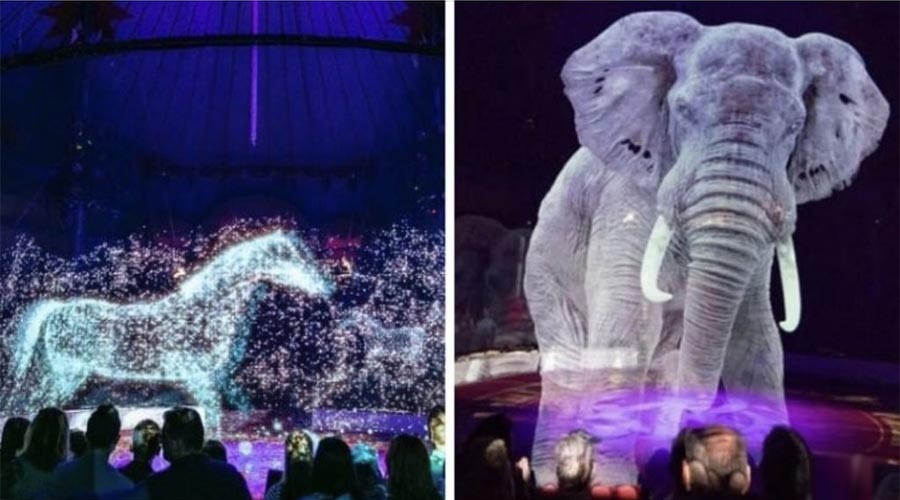 Can you imagine a circus without horses, elephants, lions, and tigers? Obviously not. Since ages, we have been making use of real animals as a means of entertainment which is actually not correct and a very cruel act towards the animals. In order to stop the animal abuse, a group of German performance group has started making use of 3D holograms instead of using the real animals completely.

Taking this noble step to show some love and courtesy towards animals, Circus Roncalli in Germany has become the first ever circus to entertain masses without dealing with live animals.

The public is appraising their efforts and respect their decision to end the cruelty against the animals.

Circus Roncalli which was founded in 1976 has phased out the use of animals and now they have started making use of projections to entertain the audience.

The circus has decided to transform the things entirely so that it could help and contribute towards fighting against the innocent animals that are getting tortured and ill-treated for so long in the industry.

The circus shows elephants, horses, and even a goldfish, but they are all made up of holograms. The circus makes use of the 3D holographic images from projectors to fill an arena which is 105 feet wide and 16 feet deep with clever special effects so that the whole audience can see (According to reports).

The amazing holographic experience was created by circus Roncalli’s agency TAG/TRAUM in association with Bluebox partnership with Optoma.

The step follows a bill that was passed in the UK which has banned circuses to make use of live animals as a source of entertainment for the public.

The move taken by them has been appreciated on social media:

Circus in Germany uses Holograms instead of animals to stop the mistreatment!!!!
AND IT LOOKS BETTER ?????????????? pic.twitter.com/mL6bH9Hyfg

This is so brilliant to see! I can only imagine what those poor circus animals go through every single day especially just for pure entertainment and profit in pockets. Smiles on kids faces with a magic filled experience rather than tortured animals,… https://t.co/uNUMQjINND