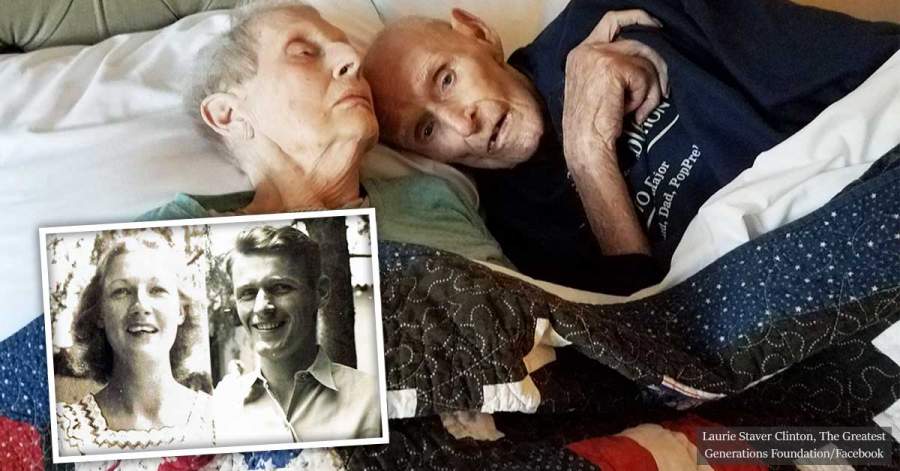 True or real love nowadays is very rare to find, or you might have seen that real-life love in Hollywood or Bollywood movies. In real life, it is very hard to find. Today, we will discuss such a beautiful couple of Preble and Isabell who were there with each other for seven decades and worked together for the Second World War. Interestingly, even they died also on the same day i.e. on October 25, 2017, which makes their love story truly a memorable one. I am sure your heart will melt after reading their sweet love story.

This is a story of a couple, Isabell Whitney and Preble Staver who met each other on a blind date in Philadelphia. By the time, they have developed strong feelings for each other and had fallen in love finally.

After the end of the war, they finally got married on February 15, 1946

They both together worked for World War II to defeat the Nazi regime. Preble joined as Marine whereas, while Isabell was stationed in Maryland and has worked as a Navy nurse. After the war has ended after five years, they again reunited and got married on February 15, 1946, which lasted for seven decades. They both have 5 children out of which one died due to playing a football game in high school. Their daughter, Laurie Staver Clinton who is 62 now has described her parents to People magazine.

“They were great people. Mom really taught me that you can’t change another person but you can change your attitude towards them,” she said.

“Dad was a bit of prickly pear! Dad was a strict one. Mom tried to be strict, but we knew what we could get away with her. It was pretty much a father rules the roost sort of thing.”

In 2013, Isabell got diagnosed with Dementia

In 2013, Isabell got diagnosed with mental illness, dementia. This has made the couple to get separated from each other as they have got shifted to a long-term care facility in Norfolk, Virginia. They really were going through a very tough time.

After some days, Isabell took her last breath and died on October 25, 2017, and her husband passed away after 14 hours. So, this was the end of their beautiful love story that worked together, stayed for more than 7 decades and also died together.

The Most Compatible Zodiac Signs for Love and Marriage