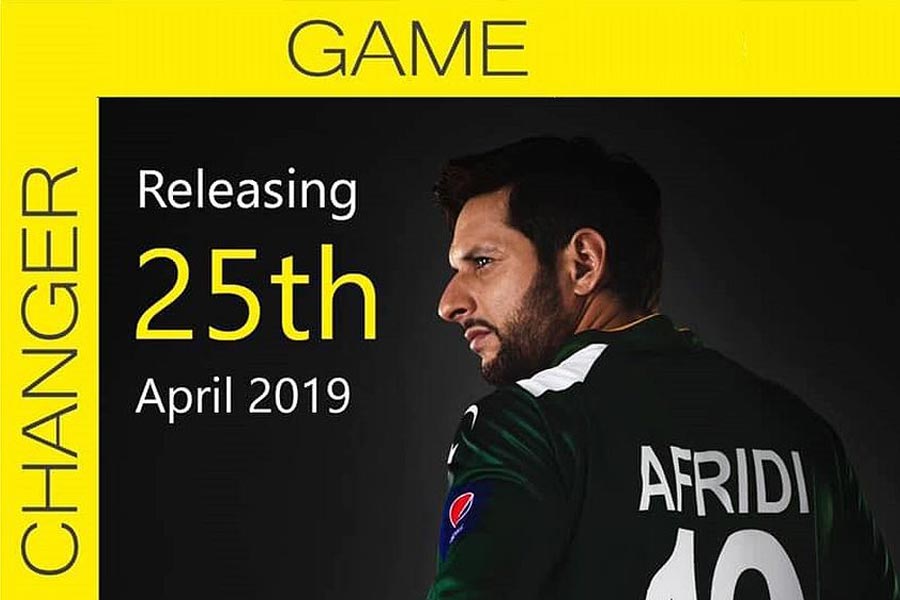 One of the renowned and very talented Pakistani cricketer Shahid Afridi is about to release his first-ever memoir about him, ‘Game Changer’ which actually changes the game. He discloses in his book about his long cricketing journey career and about his hit records. He also told that he had several names like Boom Boom, Lala or Afridi. The book will be opening on April 30 and is penned down by multimedia journalist Wajahat S. Khan.

In his book, he talked everything about him, his cricketing journey, the records made by him, scandals associated with him and about some controversies. He stated that he started his career at the age of 16 in the year 1996 when he was chosen over Mushtaq Ahmed to play due to his injuries.

Shahid Afridi who is an all-rounder has once made the highest record of wickets in T20 International Cricket (T20I) matches with 98 out of 99 to his name.

He is also well known for making most of the sixes in the history of ODI cricket and also for receiving the highest number of ‘Man of the Match’ awards in T20I.

Here it is! The #Pakistan Launch of #GameChanger. Join my biographer @wajskhan & me at LuckyOne in #Karachi on 4th May. Thanks to @libertybooks_ for organising this event! If you’re lucky, I will sign your copy! #GameChangerLaunch #GetToKnowTheRealLALA pic.twitter.com/GK99qUQt4p

His book which is a collection of his success and failure in the journey of cricket is for everyone whether someone enjoys cricket or not. The book is available on pre-orders at Liberty Books.

Is it true that Shahid Afridi admitted in his book that he was actually 19 years old and not 16 years old when he scored his first ODI century?!

Afridi has given details about his real age about which every fan was very curious to know. Afridi said, “I was just nineteen, and not sixteen as they claim. I was born in 1975. The higher authority has stated my age incorrectly.

Shahid Afridi also talked about the poor leadership skills of Waqar Younis who could not even manage the national team in the tournament. It is because he believed that he lacked unity and sense of good leadership and management skills which was necessary to manage the team.

Afridi also shed some light on the legendary cricketer Wasim Akram as well where he described that everyone in the team wanted him to head the team instead of Waqar Younis which could not happen somehow.

He also talked about Javed Miandad and he revealed about is discriminatory behaviour towards him calling him a small man which he never liked. He said Miandad had never developed a strong opinion against him.

He explained that Miandad always forced him to give credit to him for all the good performances he had given on the field and in the presentation ceremonies.

In his book, he also talked about former captain turned Prime Minister, Imran Khan stating that he never interfered in the personal life of any player, like the way he is running his cabinet today.

The man of controversies, who is popularly known for hitting the ball out of the park leaves no stones unturned to write his autobiography ‘Game Changer’ which is giving a thriller to his fans.

People are posting funny tweets about his age. let’s check some tweets

Age is just a number ?#Cricket

PS: Shahid Afridi currently holds the record for the youngest to score a century in ODI history.

Shahid Afridi is not a person. He is a timeless, ageless concept.

Cheater #ShahidAfridi still holds the record for youngest cricketer to hit ODI century. Also, who’s going to tell him that 1996-1975=21 not 19 ? pic.twitter.com/0d5I5ihwtn

Good to know that #ShahidAfridi has revealed his real age. He has been 16-year old since the last 40 years.

4 Apps That Every Cricket Fan Must Have