Cuban Zoologist is Raising Two Baby Chimpanzee in Her Apartment 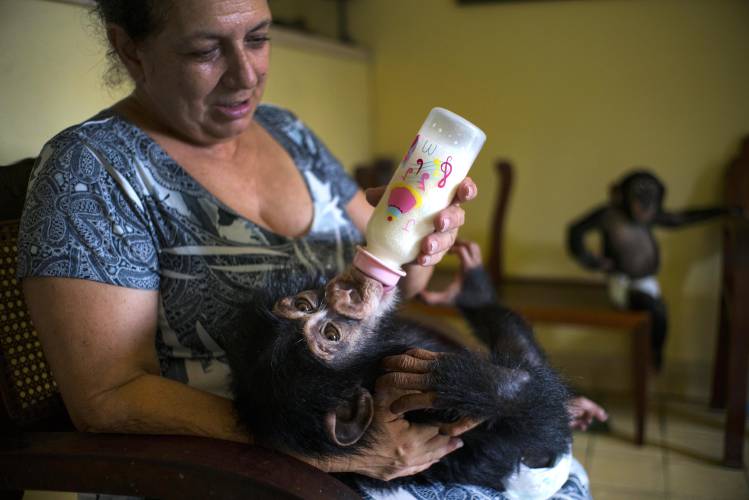 This zoologist took her love for the animal kingdom to another level when she planned to raise baby chimps in her apartment. But what is worth giving her applaud is, the lady has been doing so since 1983. She has raised about 10 baby chimps in her Havana apartment in 34 years. Marta is at home for 24 hours because of these chimps. She gets up at 5 am and watches them till 10 pm. Even Marta’s neighbors adore the chimps. They say that chimps don’t bother anyone and they all like them.

She most of the time raises the chimps herself because their mothers are too young and they don’t know how to take care of the babies.