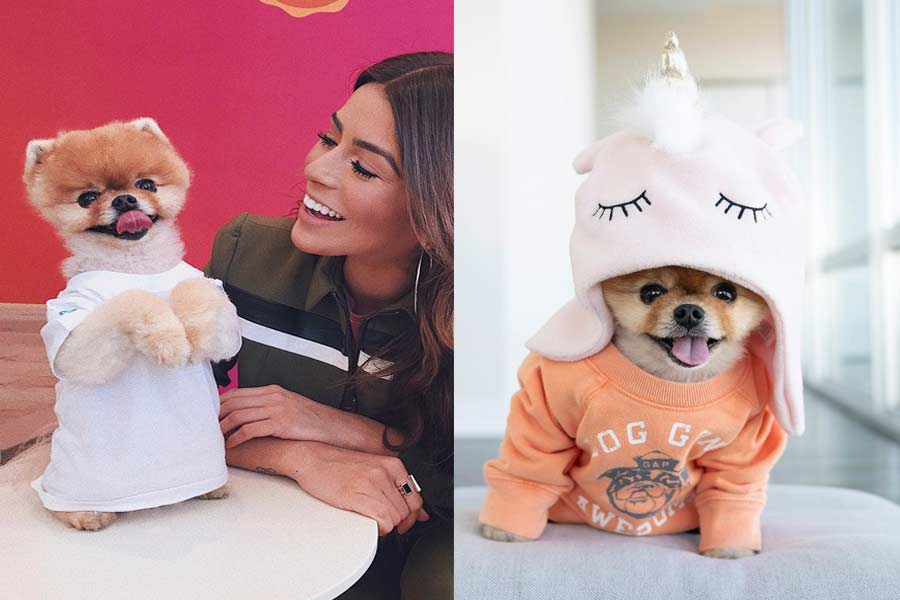 Today we will talk about no human, but about a famous Pomeranian dog, Jiffpom who has now become the biggest online sensation among many. You will be amused to know that this cute doggo is earning more than what we cannot even imagine. He is earning a whopping 12 lakhs on Instagram in a day. He has more than 9 million followers on the Instagram account which is a good number and over 30 million followers across all other social media channels.

He is not only famous among common people but also famous between many popular celebrities including Superwoman, Danielle Jonas, Ariana Grande, Zach Clayton, and many others. He is no less than a celebrity now who are earning name and fame on social media and among the stars.

Before becoming an Insta-sensation with such a huge number of fan following, this cute doggo has also entered the Guinness World Record in August 2014 for being the fastest canine on two paws. He has become one of the most famous animals in a short period with over 8.9 million followers in 2017.

Even the doggo has its own line of merchandise and Jiffmojis. He also poses in branded clothes and advertises some products on his social media page and here we are busy wondering how we can get to more sleep. Hahaha! One can also shop for his famous merchandise online from famous stores.

You can also read: Best Out Of Waste, A boy Transforms Old Tires in Cute Beds For Pets

Just to state that how popular he is, this award-winning dog has also got featured in many amazing movies like Adventures of Bailey: A Night in Cowtown, Celebs React and Jacob Sartorius: Hit or Miss.

Also, once he got featured in a music video for Katy Perry’s song “Dark Horse” in 2014. That’s not all, the all-rounder doggo has also won the Favourite Insta Pet at Nickelodeon’s “Kid’s Choice Awards”.

You can also read: “Hot Dudes with Dogs” on Instagram are The Best Eye Candies for both Girls and Dogs Lovers

This LA-based pooch is a multitalented actor, model, influencer who earns more than most of us. Harsh reality! But that’s the truth.

You can also read: Daria Pushkareva Ends Up Her Photography Career To Take Care Of 100 Sick Dogs