5 of The Top Deadliest Plane Accidents That Ever Happened 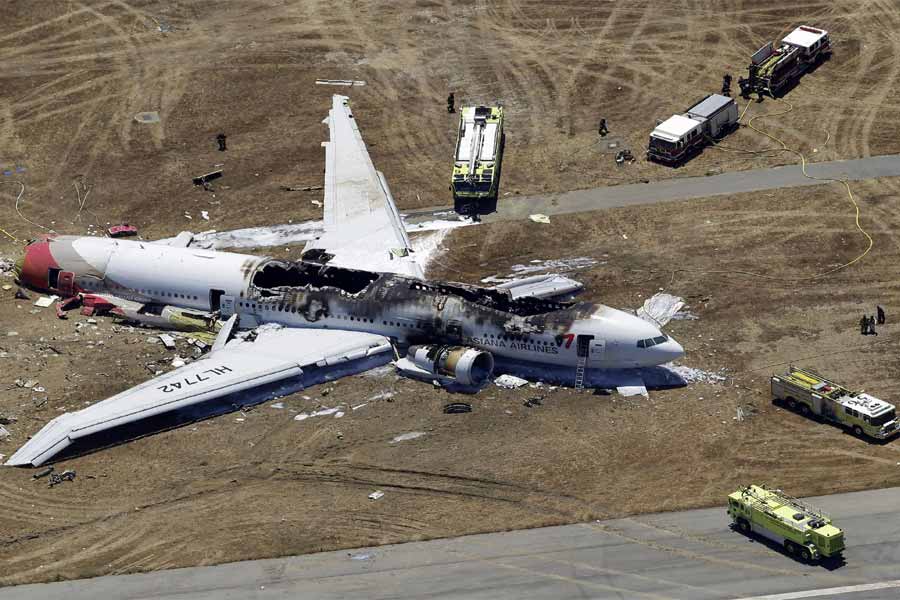 What could be more terrific and disastrous than these horrible air accidents and plane crashes? Out of all the transport accidents, they are one of the most catastrophic and tragic incidents as it lead to the loss of a huge number of lives. One plane crash can kill a large number of people at one go as compared to the people those who travel by car or bike. We have listed some of the deadliest air accidents in the history and the impact they have made on the aviation industry and on the world as a whole.

This is one of the deadliest aeroplanes crashes in history. Despite having protests from the flight engineer that the captain was unable to detect the correct signal for landing.

In spite of the warning, the pilot had pressed on the button to guide the flight to land on from Seoul, South Korea directly into the Guam mountainside. More than 228 passengers were found dead in this aeroplane crash, leaving only 26 survivors.

This plane crash happened on 26 May 1991 flight from Bangkok to Vienna that broke up in the air near the Burma-Thailand border after the left wing of the aeroplane caught fire. Reports indicate that after this plane got crashed, no survivors were left on the plane.

The Air Algerie disaster crashed on July 24, 2014, which has resulted in the loss of lives of approximately 116 individuals on the board. The plane got crashed due to some of the technical difficulties in it causing near desert Gossi, Mali.

The plane was on the way to Algiers, Algeria from Burkina Faso. This was one of the deadliest and worst aviation disasters in the year 2014 following Indonesian AirAsia crash and the two involving Malaysia Airlines.

As per the official reports, this military aircraft got crashed on February 19, 2003. The aeroplane got crashed in the Sirach Mountains near Kerman in Iran.

It happened due to bad weather conditions including high winds and fog which brought the plane down that has killed almost everyone on the board including all the members of the Revolutionary Guards.

The crash of Japan Airlines Flight happened on August 12, 1985. The plane got crashed due to some mechanical failure in the engine of the plane. Nearly more than 524 people got killed in the air accidents that were there on board. This was also one of the deadliest aviation accidents. The flight was on its way from Tokyo to Osaka when an explosion took place causing the aeroplane to suddenly destroy and tearing off the plane’s tail.

However, the plane’s crew managed to stay in the air for over half an hour after the explosion occurred, but the flight unexpectedly crashed into Mount Takamagahara. So, these were some of the glimpses of the deadliest and horrible aeroplane crashes ever which might have given you Goosebumps all over.

What We Know About 7 Little Johnstons