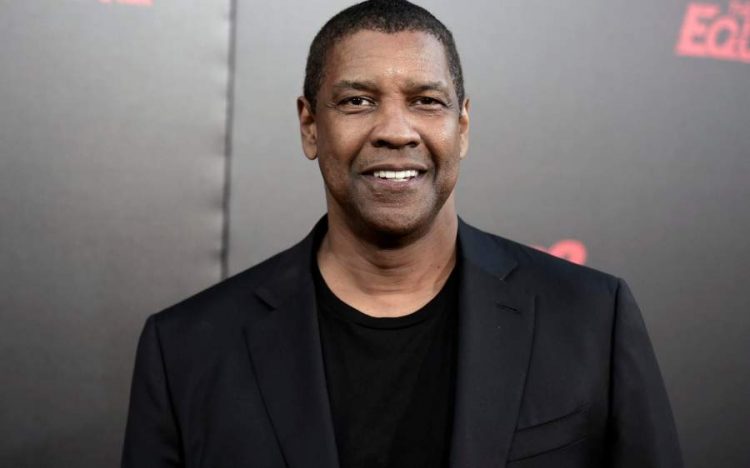 Denzel Washington is a popular American actor who acted in a lot of amazing films in the Hollywood industry. The character he acts is well known for their dignity, humanity, and grace. Now he is 65 (sixty-five) years old. He is the winner of many academy awards and his films are critically well-received for his performance. He has portrayed real-life characters in films that inspired millions of actors. The date of birth of the actor is December 28, 1954, and his birthplace is Mount Vernon, New York, U.S. The names of his parents are Lennis “Lynne” and Denzel Hayes Washington Sr.

He went to Pennington-Grimes Elementary School in 1968. Then after his parent’s divorce, he attended a preparatory school called Oakland Military Academy. He received a BA in Drama and Journalism from Fordham University. In his young years, he was also interested in basketball. He got coached under P.J. Carlesimo. He was part of many plays in the school.

Firstly Washington performed in Wings of the Morning at St. Mary’s City, Maryland. Then he made his debut in Wilma and Carbon Copy in 1981. He got a major break in St. Elsewhere which is a drama about the historical hospital. Then he got the opportunity to act in A Soldier’s Story, Power, and Hard Lessons. In 1989 he won the Academy Award for Best Supporting Actor for one of the great films of his career Glory. In the same year, he came to The Mighty Quinn and For Queen and Country.

In 1990 Washington acted in Mo’ Better Blues and the next year he came to Mississippi Masala. Then he acted in a critically acclaimed film Malcolm X in 1992. He played the role of a Black Nationalist leader in the film. In 1993 he played as a lawyer in the film Philadelphia. Other popular films he played in the 90s are The Pelican Brief, Crimson Tide, Much Ado About Nothing, The Preacher’s Wife, Courage Under Fire, and The Bone Collector.

– As an established actor

In 2000 Washington played a role in Remember the Titans that grossed a lot of money in the box office. Some of the other films that were blockbuster hits are The Manchurian Candidate, Out of Time, Man on Fire. In 2007 he acted in films like Virtuosity, American Gangster, The Great Debaters, and The Taking of Pelham 123. He also directed and produced a few films. Lastly, he acted in The Magnificent Seven released in 2016 which had popular actors in lead roles.

On June 25, 1983, Washington got married to Pauletta Pearson. They met on the sets of Wilma. They got four children. As Hollywood relationships are brief and criticized for setting a bad example for the generation, some couples in the industry do keep their relations strong for many years. One such example is the relationship between Denzel and Pauletta. Washington is a beloved father and husband. For him and his wife family comes first. Pauletta explained in an interview that she and Denzel became close at a wrap party. She and Denzel sat together at a play then after that they started a relationship. After dating for six years they got married.

Pauletta herself is an actress and has played major roles in many films. At first, she acted in Wilma with her husband. Then she acted in plays such as Autumn and Netflix’s She’s Gotta Have It. She is a graduate of Julliard and talented in playing the piano and violin. Their eldest son John David Washington has shared that his mother was a great support to him when he decided to leave his basketball career and turn to act.

Mr. and Mrs. Washington joke about their marriage life now and then but this humour is what helps them to stay together. Denzel joked once that the secret of his marriage life is that he does what’s told and keeps his mouth shut. But he also shared that his wife is the one that sacrificed more for the family and keeps it together. She is the one who makes the house a home.

Pauletta shared in the interview that her husband proposed to her many times and she finally accepted at third try. They both renewed their marriage vows in 1995 and Archbishop Desmond Tutu officiated the wedding. They celebrated their thirty-seventh anniversary this June.

In 2017 he acted in the film BlacKkKlansman which is a thriller by Spike Lee. He also acted in Tenet a Christopher Nolan spy film in 2020. His acting got praised by Nolan who described him as hardworking and thoughtful. He performed the stunts well and was perfect for the role.

As Denzel Washington’s career is illustrious his net worth is huge. His net worth estimate is $220 million. His average paycheck per film is massive. Some of his high grossing films are The Equalizer, Fences, The Magnificent Seven, and American Gangster. He lives in a luxurious mansion in Beverly Hills worth $14.6 million. It is a 3000 square feet property containing eight bedrooms and a large swimming pool.

Denzel Washington is a great actor. Many people admire his acting talents and most importantly his character. People love to act with him because he never holds himself high and is a dedicated actor. He is a rich man but never tries to boast about it.