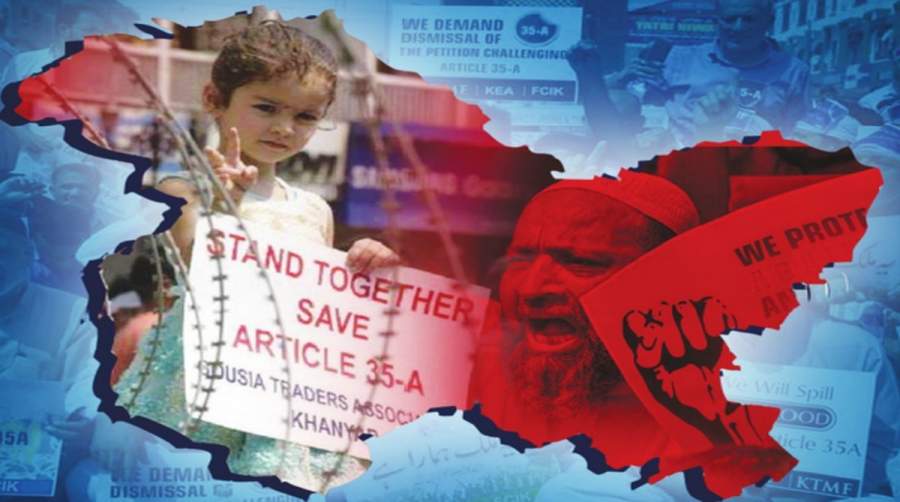 Earlier Monday morning, Amit Shah, Home Minister has announced the bifurcation of Jammu and Kashmir into two Union Territories along with the scrapping of article 370 leading to roaring in the Upper House and loud sloganeering by the party opposition leaders which shook the whole nation. After the removal of Article 370, the state Jammu and Kashmir will be given a special accord and status and thereby its people. While some of them cheered the move and others have slammed.

Now with the introduction of this latest reform by the government, India will have 28 states and 9 Union Territories.

What is Article 35A?

Article 35A of the Indian Constitution gives the J&K government the right to decide the state’s ‘permanent resident’ as well as their special privileges and rights. Those who are permanent residents of the state can only acquire land, settle, get government jobs and receive respective scholarships in the state. The law was put in 1954 through a Presidential order.

The law has brought good news for Kashmiri women

The law was discriminatory against the J&K women, as it disqualified them from their state subject rights if they married non-permanent residents. In October 2002, the J&K high court has held that the women getting married to non-permanent residents will not lose their rights, but their children will not have access to succession rights.

Article 35A therefore, also challenged Kashmiri women marrying outsiders arguing that the state’s permanent residency law, flowing from 35A, had disenfranchised their children.

Article 370 is a temporary provision of the Indian Constitution that grants special rights to J&K. It allows the constituent assembly of the respective state to draft their own constitution and thereby giving it an autonomous state power.

What will happen to J&K and Ladakh now?

After the introduction of the latest reform by the government, Kashmir’s special status has gone away now. Now, people across India would be able to buy properties and can also permanently settle in the state without any objection which was not allowed earlier. The announcement later in the morning by Amit Shah has fuelled fear in the mind of Kashmiris, they think that it would lead to the state’s demographic transformation from majority Muslim to majority Hindu.

A separate union territory will be created for J&K with an assembly, Amit Shah revealed via an official notification. The Ladakh region will also be given the status of Union territory but without an assembly or legislature.

People from across the industry have reacted to this move differently. Both Omar Abdullah and Mehbooba Mufti have been arrested in Srinagar. They both are condemning Modi and Shah’s J&K move.

You can also read: 5 Reasons You Should Watch Uri: The Surgical Strike on 11th January 2019

Let’s watch out the reaction of people on twitter

Here’s to more inclusiveness. May there be peace and love. #Article370

Baba saheb Bhim Rao Ambedker had opposed strongly against the #Article370, but then PM Nehru had rejected out right. Now PM Modi has corrected the mistake done by Nehru. #POKHamaraHai pic.twitter.com/iHiF0OfXGr

An average Kashmiri Hindu youth #Article370 … no one will understand what it means to us pic.twitter.com/rXgufWI20s

Need this kind of confidence in my life to crack UPSC #Article370 pic.twitter.com/CehENfxJz9

The recent J&K move has welcomed many comments. Many of them have appraised while some of them are criticizing them by saying it will not do good for the people instead it will worsen the present situation.

What’s your take on this?