Famous Naagin Actress Aashka Goradia Talks About Becoming A Mother, She Reveals That She Is A Happily Married Woman 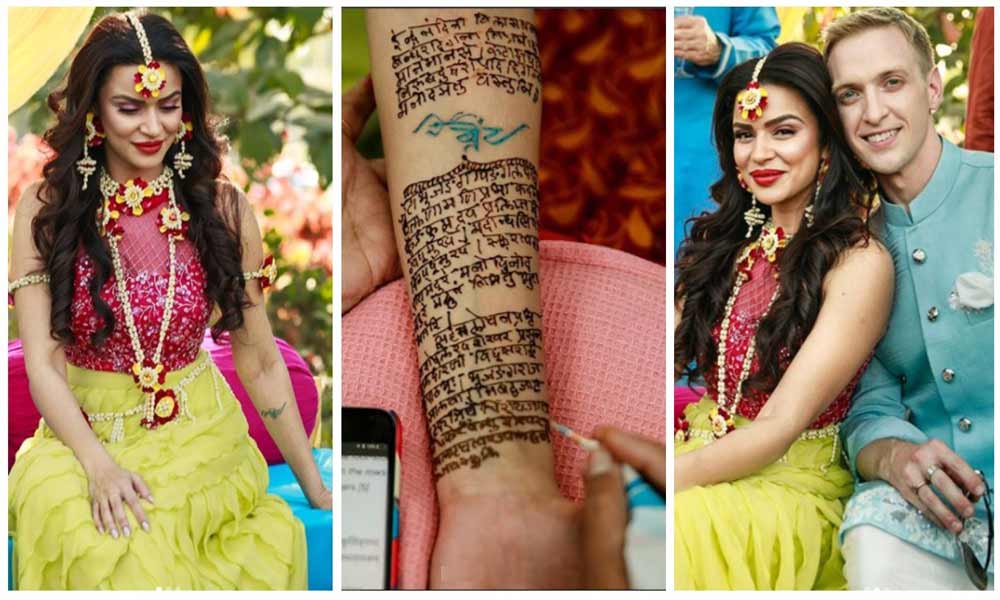 Indian TV actress, Aashka Goradia is one of the finest on television screen actress, we have seen her on different serials like Kkusum, Naagin, Kyunki Saas Bhi Kabhi Bahu Thi, Laagi Tujhse Lagan, Naagin, etc. She has given an outstanding performance in dramatic serial, Naagin. It is due to her acting skills, the show has gained so much of popularity these days.

The way she is managing her professional life and personal (married) life is really commendable. On December 03, 2017, the actress has tied the knot with her boyfriend, Brent Globe after dating each other for quite a long time.

Do you know that Aashka Goradia celebrated her wedding in two different traditions, one as per Hindu and other according to Christian rituals?

A few days back, Brent took to his Instagram handle and shared a lovely picture with her beau, Aashka.

To gain some time, you have to give something.

He posted this caption on his account as the couple was not living together for a long time due to their career responsibilities and he said that during that time they both realized that it was so difficult to live without each other for a long time. We could not have really realized the strength of the bond we created until we took some distance from each other.

In an interview with BollywoodLife, she was asked about her upcoming Bollywood projects, marital life and about her family planning in the future. Where she replied, “I am happily married. I felt never so happy as I am feeling right now. She also told that she really has got a very supportive husband that’s why she is so happy.

Further, the interviewer asked her about if she planning a baby soon or not? She replied, “We want to enjoy our marriage for some time. We have been married only for a year. We are just going to enjoy each other for some time, and then let’s see.”

Further, the actress revealed that she along with Mohit Malhotra and Tinna Datta are going to work together for her next project, “Daayan”. She has been waiting for such a long time to work with Datta and now finally she had got the opportunity, she told.

@ibrentgoble #kyathiaayo #peaceofblue . . With you I will dance ? With you I will run … and for both I need no music or path … just wherever you lead.. with you I am safe! Far, but not far.. for you are engraved on my arm.. for life! I wish you morning stars this Valentine’s Day, may our love for each other be blessed.. may we always guide one another and challenge each other to do better, may we always indulge in conversations only to end it with sweet kisses. May we always sleep facing each other (except when you spoon me) Can’t wait to be with you again. #happyvalentinesday To all you beautiful people… I wish you love and journey of a lifetime with those you love! #valentinesday #2019 #love #onelove

In an interview with the Humans of Bombay, Brent had revealed how he fell in love with her at first sight when Aashka was preparing to fly for Vegas that night. He also revealed, that how cold and cautious she became when he approached him and how at last they were able to exchange their contact numbers.

Bret continued, “We continued talking to each other for a month to know each other well. After some time, she visited Bret to meet him in Vegas and they had a gala time together it is when they found that they are madly in love with each other.

It was really great on his part that he gave importance to Aashka’s career and he decided to move India. He met her family and told her parents that he is really a lucky one to have her in his life. And now he is part of a big Indian family!