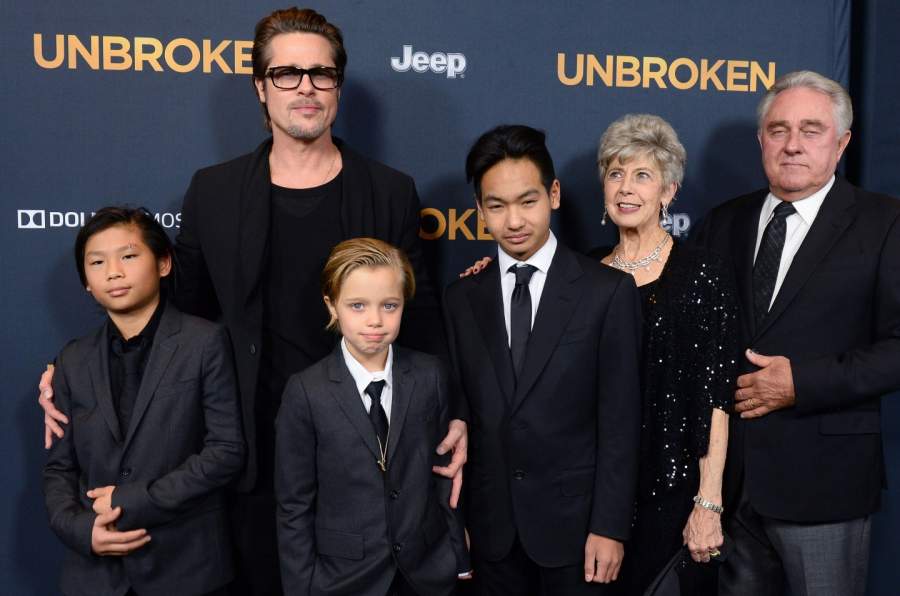 Well, most of you must be knowing very well that who is Brad Pitt and we go gaga over him whenever we watch him. He is at its best whenever we see him whether on red carpets or normal days. We are celebrating the 56th birthday of Brad Pitt and to commemorate his special day. Let’s celebrate his birthday and cherish the best moments captured with his kids.

One of the most famous veterinary actors in the Hollywood industry, Brad Pitt turns 56 today. We all know he had a fascinating career, though he had some problems with his beau and one of his sons which made him put into many headlines. He has been a famous actor, producer and a consummate professional. But what’s more important is his role as a father of six children namely- Maddox 18, Pax 16, Zahara 14, Shiloh 13 and Vivienne and Knox, 11.

One of the adorable moments that occurred during the mid- 2000s was when Brad Pitt and his son Maddox has attended a Yankees and Mariners baseball game. You can clearly see in the photo that Maddox looks so little in the picture. He can be seen sitting on the dad’s lap while he was totally engrossed in the game. They both were playing quite nicely which has shown us the beautiful bond between the son and father in the picture. Brad seems quite happy during those fun days.

He was noticed with son Pax on 65th Venice Film Festival

Brad also has been seen enjoying along with his baby boy, Pax while attending the 65th Venice Film Festival. They both looked so cute and comfortable together while walking through the streets of Italy. Brad was dressed in a beige suit and white shirt with sunglasses and a matching chapeau. On the other hand, Pax was wearing all white pants and shirts in linen fabric.

Brad has also attended his then-wife Angelina’s film premiere for unbroken with their children. Brad looked so happy after finding that his kids are so supportive as his kids were standing by his side while facing the camera and posing for the photograph. They all looked so clean and fashionable at the same time. While Brad also felt very proud not only of his wife then-wife but also of his children.

Many memories to come ahead

Not only were these some of the best moments that the kids have shared with Brad and Angelina. No matter they both are struggling a lot with their personal relationship and custody battle, looking back at all these precious moments has relished the best memories.

Have a look at their pictures which will surely bring a smile on your face.