Motor Vehicle Act Puts Hefty Fine of Rs. 10,000 for Obstructing The Way of An Ambulance on The Road 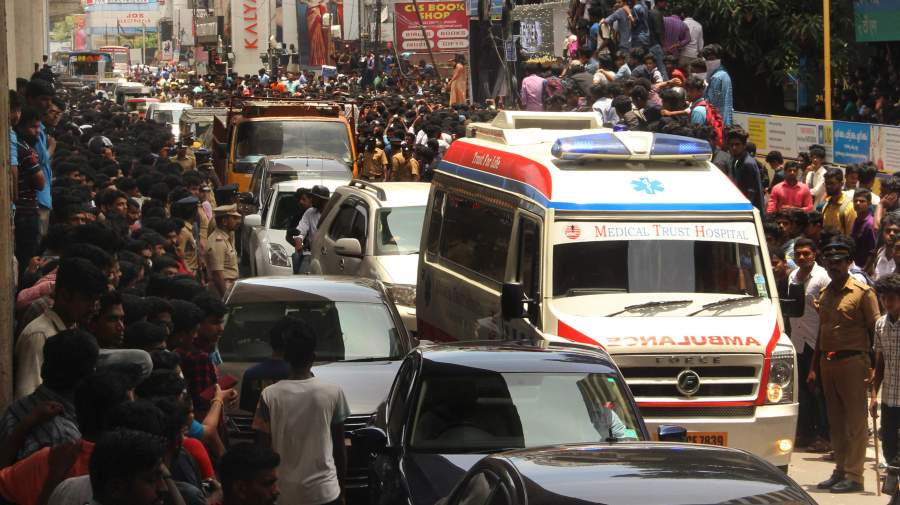 Indian roads are known for heavy traffic and rash driving, and it is surely not a thing to be proud of and be famous for. But the worst part is it affects human lives by all it means. Rash driving leads to fatal road accidents whereas, heavy traffic hinders the way of Ambulances and we all aware of the result of that. Due to the mishappenings because of delayed ambulances, a Motor Vehicles Amendment Bill was proposed on June 05, 2019 by Union Road Transport and Highways Minister Nitin Gadkari.

And for the best of all of us, it has now been passed by the Cabinet. Turns out that under the newly passed bill the obstructing vehicles will now be heavily penalized for blocking the way of an ambulance.

The amended Bill has come up with many different changes in the traffic penalties that every citizen should know.

The news of a Motor Vehicles Amendment Bill has been around the corner from June 5th and finally, the Bill is passed now by the Cabinet. According to the source, the amendments in the Bill will penalize the traffic defaulters with a heavy fine. And the news says anyone blocking the way for the ambulance may have to pay up to 10,000 for such an act.

The Bill had come a long way from 2017, it was pending approval from the Rajya Sabha and lapsed after the 16th Lok Sabha was adjourned. The amended bill comes with other penalties also.

According to the source, the newly amended bill put a hefty fine on those who are driving with a suspended license, penalties are reviewed for drunken driving, over speeding, rash driving, and overloading, too. Penalty for fine can go up to Rs 1 Lakh under this amendment.

Another amendment in the law the bill brings is, in case of traffic offense committed by a juvenile, owner or the guardian would be held guilty and be penalized unless the guardian was oblivious of their vehicle being used against their consent. Guardian may have to end up paying a fine of Rs 25,000 or may get the license canceled.

It is essential for drivers on the road to understanding that no matter what we need to adhere by the traffic rules, and giving a fine for such a breach of a law is a way to punish them. In the wake of other traffic rules, it was the need of the hour to bring in such a strict traffic law for those who do not make way for an ambulance despite the iconic loud siren.

Traffic condition is worsening in almost every city in India, and cases of fatal accidents due to rash driving are also been recorded daily. This is a matter of shame that the government has to put heavy fines upon its citizens in order to teach them road etiquettes. Giving way to an ambulance should be our duty as human beings in the first place and not as a citizen who is forced to do so under the law.