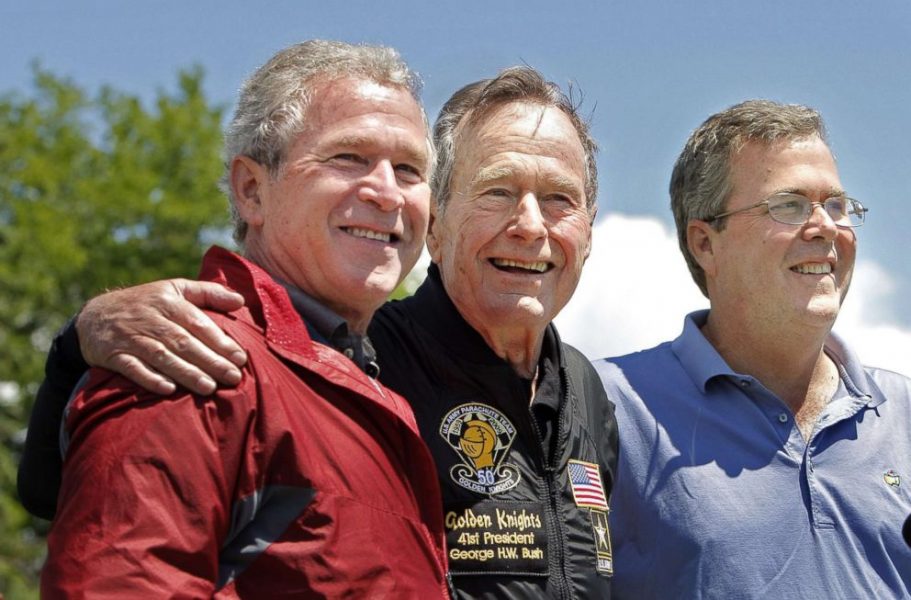 George HW Bush The 41st President of The United States of America, Dies Aged 94. Before George Bush became the president of the country, he was a very successful businessman, a reprobative of the country, and also the director of the agency of Central Intelligence or CI.

About his early life

He was born on June 12, in the year 1924. His full name is George Herbert Walker Bush. He became the 41st president to the United States of America from 1989 to 1993. The name of his parents was Dorothy Walker Bush and Prescott Sheldon Bush.

He moved with his family to Connecticut when he was quite young. After he graduated from his college, he registered himself for the United States Navy and he also turned 18 that day.

When he came to power

He became the youngest pilot of the navy as he joined when he was just 18. He also served during the time period of world war II. He attended almost 58 combat missions during the war and also flew torpedo bombers in the theatre of Pacific Ocean. After that ware, he also enrolled to study the subject of economics from Ayla.

He graduated in the same in 1948 and then he moved to Texas to work as a salesman. Later on, he won a seat as one of the presentative of the US.

The biggest challenges he faced doing his tenure was that he had to fix the budget due to which people were very disappointed in the government and he also had to decide on the taxation policy.

Achievements that make him different

He has had a great time being the president and the countrymen to like him in the role.

President George H.W. Bush led a long, successful and beautiful life. Whenever I was with him I saw his absolute joy for life and true pride in his family. His accomplishments were great from beginning to end. He was a truly wonderful man and will be missed by all!

America has lost a patriot and humble servant in George Herbert Walker Bush. While our hearts are heavy today, they are also filled with gratitude. Our thoughts are with the entire Bush family tonight – and all who were inspired by George and Barbara’s example. pic.twitter.com/g9OUPu2pjY

Nothing gave my Gampy more joy than service to others, especially supporting and caring for those who risk making the ultimate sacrifice everyday. His leadership taught us to be kinder and gentler, to love each other. We will miss him dearly. pic.twitter.com/i2iR5U3ikc

My grandfather was the greatest man I ever knew. His life spanned the American Century—he fought in World War II … took part in the Texas oil boom … served out a distinguished career in public service including serving as president during the final days of the Cold War. pic.twitter.com/6i68EPVC3j

Naval Aviation mourns the passing of our 41st President, George H.W. Bush, a Naval Aviator, statesman, and humble public servant. His legacy lives on in those who don the cloth of our great nation and in the mighty warship which bears his name, @CVN77_GHWB. May he Rest In Peace. pic.twitter.com/0COuk6veDV

We have lost a great American. Service defined President George H.W. Bush’s life, and he taught all of us about leadership, sacrifice and decency. We send our deepest sympathies to the Bush family.