Ginger: An Ayurvedic Superfood Present in Every Kitchen 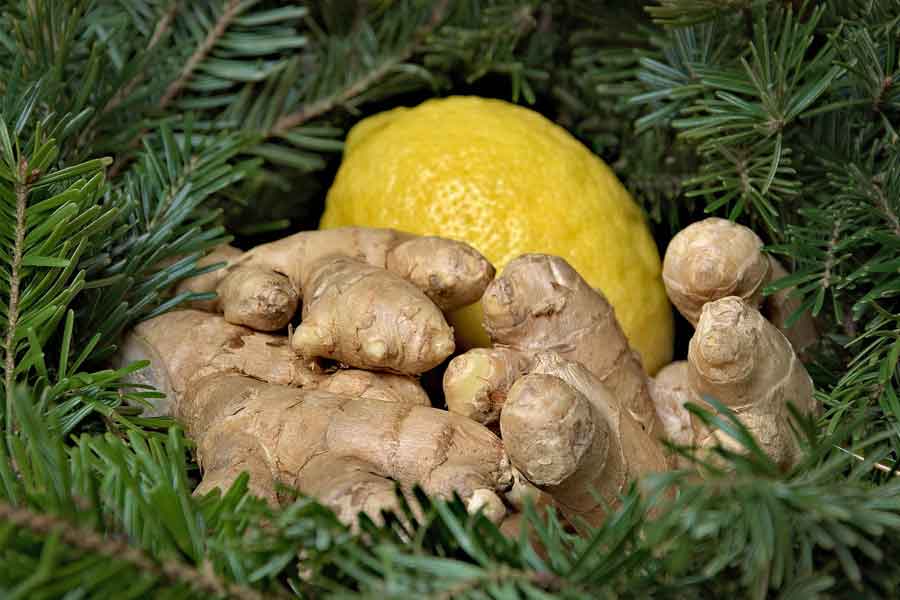 Ayurveda considers ginger as a virtual medicine chest owing to its unlimited health benefits and medicinal usage. It has always been a grandma’s chosen antidote for cold and the ginger-spiked tea finds a place in every household and tea stalls. Needless to say, this superfood acts to alleviate most of the day-to-day health problems while rejuvenating the mind and body significantly.

Even a number of medicines prescribed by Ayurveda doctors have ginger as an ingredient.

Ginger is a hot fragrant culinary spice, typically grown in the tropical rainforest of the Indian subcontinent. Its root, ginger itself, is used in a variety of ways as a food flavoring agent and as herbal medicines with unlimited benefits. Fresh and dry ginger is used in Ayurveda for a lot many purposes having different qualities and effects on the body. Ginger finds its place as an ingredient in many of the Indian Ayurvedic medicines.

Medicinal qualities of Ginger from an Ayurvedic perspective

It destroys Ama or toxins:

Ginger is believed to destroy ama or toxins inside the body. It improves digestion and enkindles appetite by enhancing the secretion of digestive enzymes. It has also been found helpful in preventing nausea and stopping hiccups.

The warming properties of ginger make it the good friends of people suffering from a cough. It helps the peripheral circulation of blood, warms up the body, and reduces the feeling of cold and pain. By removing the phlegm from the lungs, it alleviates a cough, cold, and breathing difficulties.

Ginger gives a rejuvenating effect on the mind, hence considered as a Sattvic ayurvedic superfood. While refreshing mind and body, it also calms down and relaxes the mind for a peaceful experience.

Apart from these ginger Ayurveda benefits, there are plenty of other blessings for our body systems.

Other benefits of ginger

Chemistry of ginger and food

Ginger is a game changer in Indian dishes and drinks. Keeping aside all its benefit, if we talk about the taste only, then also it is the best combination to go with curries, fries, or anything else. Add a bit of crushed ginger in your tea and it gives a heavenly flavour.

Make ginger and rock sugar tea to give warmth to your body in the tastiest way. Dal fry with spluttering mustard and ginger can become your permanent meal company and the curries simply love to have ginger with them. The chemistry of ginger and Indian dishes is age-old and the reason is not only taste but also the freedom from indigestion, belching and other abdominal issues.

That is why this one Indian superfood in Ayurveda is getting popular in western countries as well and making its way all through their kitchen and home remedies.

Who should avoid ginger?

Ginger is a health blessing for everyone, however, people with specific conditions should avoid or limit their ginger intake. Since it is hot in nature, pregnant women should take a little amount of it. Also, people with peptic ulcer, high BP, reflux disease, and certain skin diseases should not take it or consume a relatively low amount. People suffering from gallstone should avoid it completely due to its bile-purging effect.

Just a little stem, so easy to find and so many benefits to reap. What are you waiting for? Stock up with ginger always to add in your recipes, enjoy the taste and feed your body the right herb without any side effects.