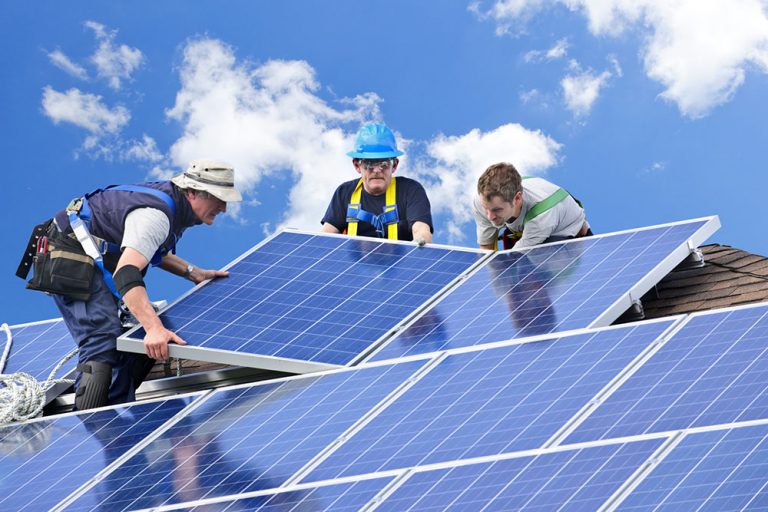 Solar incentives in New Jersey refer to the number of investment tax credit and benefits that accrue to those choosing to install solar power. These benefits are of different types but before discussing the types, they cover all types of solar technology; photovoltaic, solar heating & cooling, and concentrating solar technology. These tax credit benefits can also be applied by commercial as well as residential customers. Apart from the federally induced investment tax credits, different states such as NJ, counties, municipalities, and utilities also offer rebates and incentives for solar technologies.

Usually, solar installers are well versed with the various rebates and incentives that apply for those buying solar panels. However, the Database of State Incentives for Renewables & Efficiency (DSIRE) offers comprehensive solar incentives by state and solar policies in the United States.

Again, for instance, those who want to buy solar panels in NJ and want to check what rebates and incentives apply to them can visit the SEIA partner EnergySage in order to search for local rebates and incentives that are available to them. There are about 73 programs currently in NJ both by federal, state and state.

Rebates and incentive programs can also be categorized as loan, rebate, grant, corporate depreciation, renewable and green energy programs, for instance. However, the types of solar incentives in NJ and other states can be categorized in below major categories.

The solar tax credit known as the investment tax credit (ITC) is run by the federal government and applies to homeowners and businesses. The incentive allows solar energy users to deduct some portion of their solar cost from their taxes and hence reducing the cost benefit of installing or running solar.

In 2021, they both (commercial and residential) can deduct 22 percent of the system cost and on 2022 onwards, only 10 percent of the cost can be deducted from taxes only for commercial solar systems. There will be no federal credit for residential solar energy systems. Established by the Energy Policy Act of 2005, the ITC timeline ends in 2022, after the 2017 expansion. According to the EnergySage Solar Marketplace, the average shopper will save around $9,000 when ITC is applied.

For those wanting to residential solar panes NJ, in addition to benefiting from solar incentives in NJ thought ITC, the state also has tax credits for solar systems.

Apart from the tax credits offered by state and federal governments, one can benefit from cash rebates offered by state, municipality, and utility company for installing a solar system. Rebates are usually available for a limited time and end once a certain amount of solar has been installed. They can help one to reduce the cost of a solar system by 10 to 20 percent.

In some states, power utilities are required to generate a certain amount of electricity from solar power. If a resident is using solar in one of these states, their system generates SRECs – which is basically some fraction of total solar power that is required from utilities in that state – for the amount of solar power produced from the system. The resident can then sell these SRECs to the power utilities to help them meet their requirements. This can result in hundreds to thousands of dollars more years in income depending on the SREC market in the state.

These are per kilowatt-hour credit paid to the solar system owner for the power produced by their system. These programs can be run by the state or some utility and in some cases, you have to install solar equipment produced in your state in order to qualify. They are not sold through a market and their incentive rates are determined when the system is installed.

6. Other Types of Incentives:

Accelerated depreciation is another type where a business using solar can write off the value of solar energy system through the Modified Accelerated Cost Recovery System (MACRS). This will reduce the tax burden of the business and accelerate returns on solar investments. The installed solar equipment is eligible for a cost recovery period of five years. This program can reduce the net system cost by an additional 30 percent.

Subsidized loans or solar loans are also a type of incentive for those willing to buy solar panels in NJ and other states. These loans come at a reduced interest rate and can be offered by the state, a non-government organization or utility company although they exist only for a limited time. The other category of incentive is tax exemptions where some states and municipalities exclude the value of solar panel systems in property taxes assessments. Therefore, although the value of a property may increase the property tax bill does not increase.

It remains the same. Tax exemptions are also availed in different states in the United States and you can check from the database if it is available for your state. This information can be checked from the database. Also, the solar panel system can be exempted from state sales taxes which can result in significant additional savings. This will depend on your state’s sales tax rate.