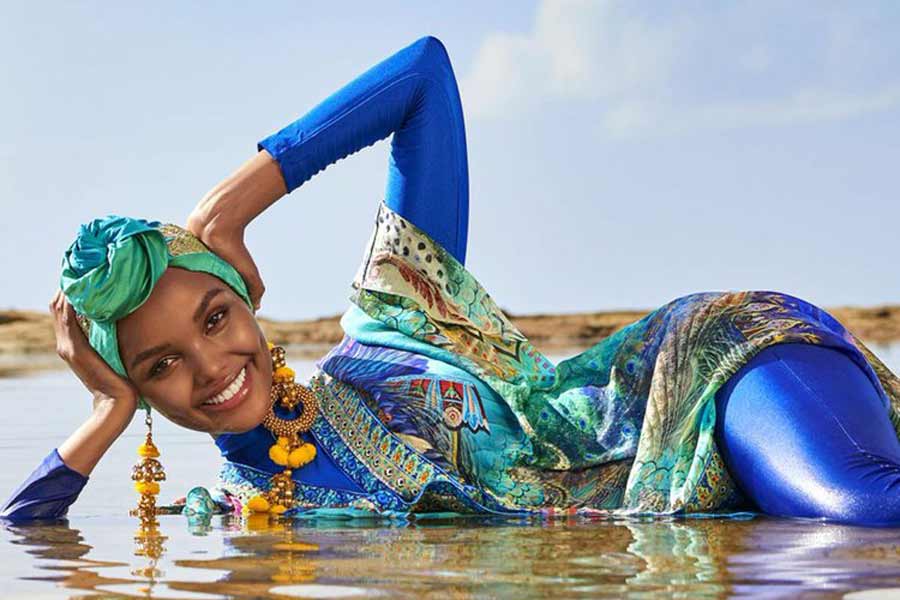 A very young and talented Muslim model, Halima Aden has made history once again by becoming the first ever model to wear a hijab and burkini in the Sports Illustrated swimsuit issue reported by the media.

Two years ago, Halima Aden has become the first contestant in Miss Minnesota USA to wear a hijab and burkini and making her way to reach to the pageant’s semi-finale.

This 21-year-old model was born at a refugee camp and has lived in the country before leaving for the United States at the age of just 7.

In her words, “She said, “Don’t change yourself. Change the GAME!! Ladies anything is possible!!!

Having said that she said that this is sending message to my community and the world that women of all different backgrounds, upbringings, and looks have the capability to stand together and cheer. She wrote this on her official Instagram handle.

It’s sending a message to my community and the world that women of all different backgrounds, looks, and upbringings can stand together and be celebrated. She wrote this message on her official Instagram handle.  In addition to this, she has also given a vote of thanks to @si_swimsuit and its entire team for giving her this great opportunity.”

Halima Aden makes history as the first model to wear a hijab and burkini for Sports Illustrated Swimsuit: https://t.co/8WFD4hHmiH. pic.twitter.com/OsBthnjoLY

By saying these motivating words she meant to empower all the ladies out there.

She is trying to portray that nothing is impossible in this world if you are willing to do the hard work and change things the way you like. She is trying to give the message to all the ladies who belong to a different community and background.

“I never really felt represented because I never could flip through a magazine and see a girl who was wearing a hijab.” #ShatteringPerceptions pic.twitter.com/EtNfpszcmy

Her shoot was shot by Yu Tsai, where she is been seen posing on the shore of Watamu Beach in two custom burkinis along with a block colour suit which has been designed by Cynthia Rowley.

In a press release, Rowley has said that “it was a complete honour for herself to design a custom burkini for Halima. Through her powerful voice, she has become the first model in history to wear a burkini in the Sports Illustrated Swimsuit Issue.

This moment is a pride of honour for us as it empowers all the women and shattering those weird and outdated standards of beauty and identity in the industry.”

Fans are going crazy about her after hearing the news and seeing her beautiful shots in hijab and burkinis for a swimsuit shoot.