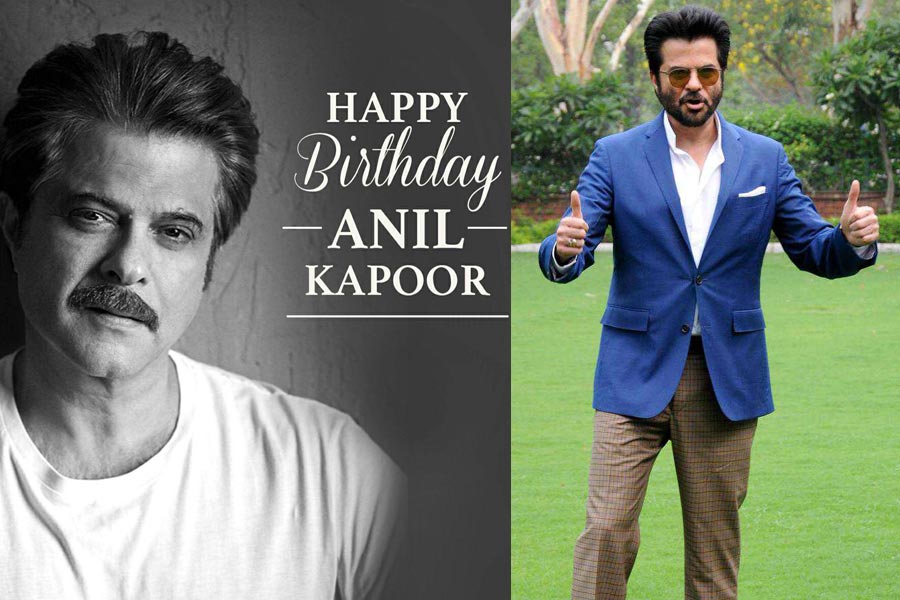 “Happy Happy Birthday dad… this has been a momentous year for both of us,” Sonam pens down her feelings for Dad Anil Kapoor and we can only go awww for the cute words.

Well, the actor Senior Kapoor is a senior citizen but looks nothing like that his moves and grooves on this daughter’s marriage just proved that age is nothing more than number. The actor is a family man and wishes from his daughter Sonam Kapoor and wife Sunita Kapoor are simply over the top cute.

Sonam Kapoor who is busy shooting for her film, “Ek Ladki Ko Dekha Toh Aisa Laga” shared a few behind the scenes photo from the shoot along with a heartfelt not for her dad, which will leave you teary eyes.

The movie will see the father-daughter duo for the first time in this movie and they are in the same father and daughter pair in the movie also. Thus we will get to see the glimpse of their real relationship on the reel screen. The movie is very close to the hearts of both the actors and there is already too much buzz about the movie.

The note by Sonam was truly cute and she expressed her feelings with the best of words.

Happy happy birthday Dad… this has been a momentous year for both of us. For the first time in 10 years of being in this industry I shared a frame with you and was your costar.. And you also had to see me get married.. all this was a complete roller coaster… hard and beautiful at the same time.. I’m thankful for the teachings of love, progressive ideals and morals that have been a part of my upbringing , and each year I realise more and more what a gift that is in this day and age.. love you so much… ❤️❤️❤️ @anilskapoor #ekladkikodekhatohaisalaga

Sonam Kapoor and Anand Ahuja had a big fat Indian wedding in May and Anil Kapoor was the happiest dad of the bride and definitely the most stunning dad also. The note spoke of the true feelings of a married daughter, who loves her new nest but is still very much attached to her old nest, the year was filled with mixed feelings and it read

Sonam is out of the city due to the work commitments, or else would have been up for the celebrations, however, thanks to technology she was very much with family for the cake cutting via video call.

Message wishing birthday from wifey Sunita Kapoor was equally emotional and it said, “Happy birthday my amazing husband, my biggest blessing, my favourite answered prayer, and my true love forever.”

However, the best wish was from nephew Arjun Kapoor who is always full of praises for his uncle and the wish gave us some family goals. It read as

Wish from Rhea Kapoor’s rumored boyfriend Karan Boolani was the coolest and it was “Happy 18th birthday AK!”.

Today is a very unique and remarkable day in your life. It marks a transition into adulthood and Independance. I know you have waited for so long with breathless anticipation for this day and I hope your journey throughout this exciting time is exactly as you imagined it would be. Happy 18th birthday AK!!!

The wishes showed that he is super maintained young senior citizen whose fitness regime should be known and the man himself shared his fitness secret.

Could not think of a better way to kick off the birthday!
Also, need to burn off all those cakes!#birthdaymotivation #stayfitstayhappy #fitspiration pic.twitter.com/wuNalfByao