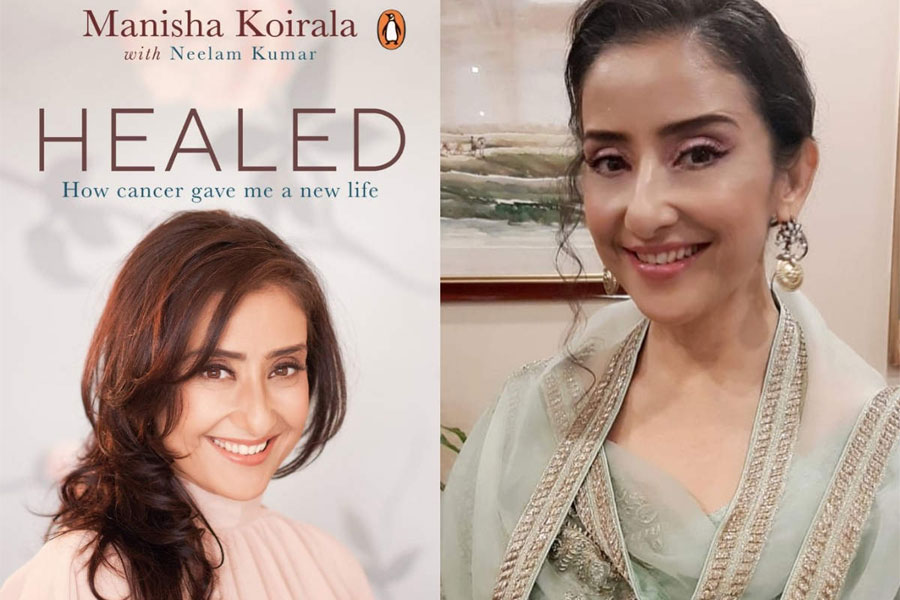 The book is powerful, deep and a very emotional book from the actress Manisha Koirala. She was a power-packed actress with immense talent to portray the reel life characters full of emotions. Name, fame, money, looks, awards, and friends to a party she had everything that one could desire.

Life was bliss was her and she was living the life that only is desired by many. It was quite overwhelming for her when she was at the peak of her career and was workaholic.

The world was at her feet and then as it is a fact that humans are complex, the complexity hit her hard and she started to feel the misery of existence. She was wretched and felt nothing more than a pretty face.

The pressure of the film industry was getting on her nerves and during the shoots of Laawaris that released in 1999 she was completely exhausted emotionally and was too toxic. She was working non- stop in somewhere 12 films are a year and this was chaotic.

She confided in her friend and actress Dimple Kapadia that she was tired of waking up, putting makeup, going for the shoot, returning home all exhausted and was constantly on the move.

She was dead tired. And as a result, she started with withdrawal symptoms and lost interest in everything, in her life and work and there started the downward spiral of her life.

The girl from ‘1942 A love Story’ felt that she had reduced herself to a robot. Moreover just at the sound of the light camera and action changes. She was getting anxious and was snapping.

While travelling to foreign locations when she wanted to sit and relax at the beautiful sight all she was doing was shooting and then moving to another location for shooting.

There was no time for her to enjoy the nature or soak in the beauty of the moment she was always running. She was an ardent lover of nature but went away from that also.

In her memoirs in the book she shares how miserable she had become and a zombie. Many told her that she was either working or partying and there was no balance at all. To numb her feelings she started to intoxicate herself with alcohol. She started to drink herself to run away from the situation.

She started to choose the wrong films, just to feed her ego she made wrong professional decisions. All that mattered her was that she is the central part of the film, even if it was a B- grade film.

The director or the script made no difference to her. She was not enjoying the work which was once her life and passion. She was out of the scene and lost the purpose of her life.

While recovering from Cancer in a hospital in New York she realized her follies and took an oath to correct the wrong and move on in life. She has healed from cancer and is cancer free now and claims that cancer has given her new life of which she is very optimistic now.