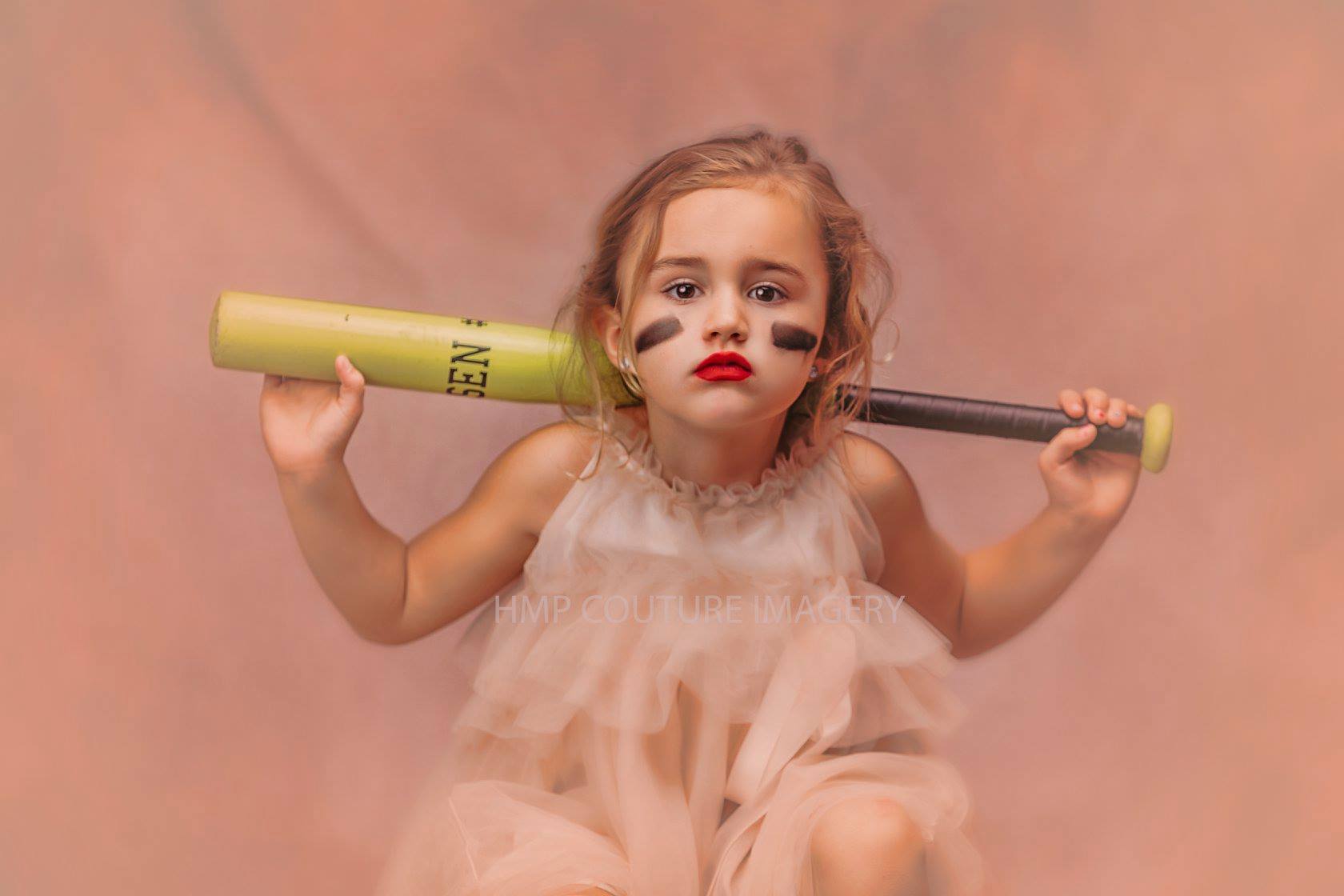 Little girls are given one of the two labels since from their childhood after their birth either girly or tomboy. It is something Alabama-based photographer Heather Mitchell saw happening to her own eight-year-old daughter, Paislee, at softball practice.

Mitchell said, one of the moms told me (my daughter) was not athletic-that she was a girly girl, responding to this, Mitchell said.  “I couldn’t sleep that whole night. All I could think was, ‘Why does she have to choose?’” She felt the same about her other 15-year-old daughter, Ivy.

Heather Mitchell recalls playing sports in her school in her childhood and wearing makeup to all her games which she used to play.

She firmly believes that “our daughters do not have to choose” what they are and what they want to be. This is what inspired this mom to create an empowering photo shoot featuring girls as both, athletes and princess at the same time.

She started taking photographs of her fierce-looking daughter, Paislee who wore a princess dress and a beautiful tiara during her photo shoot while posing with sports gear.

She also shared them on her Facebook account, where she has been flooded with the requests of the same photo shoots by the other parents for their daughters.

The photo shoots taken by her sold-out incredibly quickly and she also has promised that more photo shoots will be available soon with more creative concepts.

The very talented photographer has shared all the beautiful photos she has taken so far of her daughter in a Facebook post, writing, “Because you can do it all.”

And Heather is proud of her work what she has done so far but she said that she has never imagined that this kind of response she will receive from her fans after doing this photo shoot.

Most of her fans appreciated the work done by her. She has got more than thousand of likes, shares and comment on her Facebook post she has created along with a kind message, “girls can be and do whatever and however many things they want.”

“I hope that every little girl that sees this series can see that there is no box, “Whatever their dreams are, they can achieve them.”

She has given this message to every little girl out there! Paislee and Ivy are literally so lucky to have a mom like her who always tries her best to bring the best for their daughters.

After seeing her talented work, we can’t wait much for her next photo shoot. This is truly very empowering and inspiring for other moms and their little daughters.