Hill Stations Flooded with Tourists Get Overcrowded Leading Them to Return 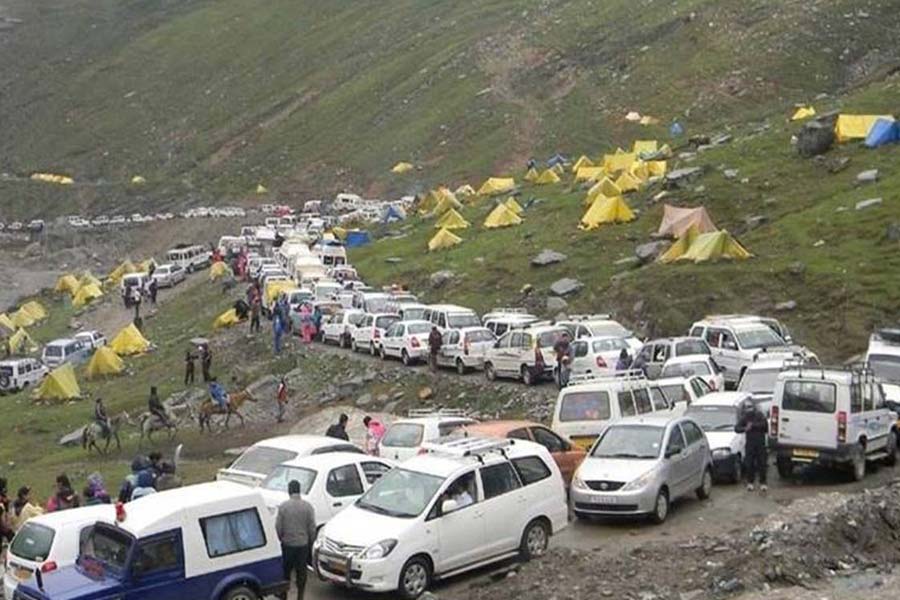 In India, summer vacation means a family trip to Shimla or Nainital or Mussoorie or Manali or anywhere cold. People from all over India visit hill stations especially in May and June. Not just because of the kids’ vacation but also because scorching heat and humid weather (special northern region) make everyone want to leave the city and find some relief in the hilly areas. In Delhi NCR, recently maximum temperature recorded reached 50 degrees. Where will the man hide from the Sun?

Who would not wish to spend some calm days amidst the high hills and cold weather in the month of June?

And why not? –with such escalating heat and torturing the Sun everyone wants to hide from the sun. And this is why tourists have flooded the colder regions like never before. But this has caused problem not just to the locals but also for themselves.

This is no surprise that places like Shimla have become overcrowded that even hotels are forced to put up banners to plead tourist to not to come to Shimla for a while. Shimla is one of the most popular tourist destinations in the summer season.

Overcrowding resulted in so many problems to so many levels.

It left the roads jammed with too much traffic, most of the hotels are fully booked and ceased to take any further booking. Parking places are full in a way that any vehicle entering Shimla has to go back to the respective city. Now, at these consequences who would wish to respite in such an overcrowded place.

To reduce the congestion in the peal season, Nainital tourist administration has decided to stop the entry of the tourists till the parking is full. Only that can help them manage traffic problems.

It is not only this year, but this is also the story of the hill station every year.

People flood in a huge number that locals find it hard to manage the day to day life. Last year this time Shimla faced severe water crises. It causes inconvenience to both the tourists and the locals. There was no water in the entire Shimla for eight straight days. Seems like there is a thing called too much tourism.

This is not just the case with the most popular destination like Shimla, Nainital or Manali. The congestion, non-availability, and overcrowding have become major issues even in the remote hamlets like Kasol.

People used to go to Kasol to find solace for the hustle-bustle of city life.

To find oneself amidst the lush green trees and dense forests. But now, maximum people flood in all the time in order to party. Roads of such quiet places are no more remained quiet. We can spot SUVs honking and congesting roads. People making a mess and throwing trash almost everywhere.

We believe remote places like Manali, Kasol, and other hamlets should be left for trips that bring peace and not “fun” and stuff. Let some roads be less traveled, let some paths be unpaved.

Well, seems like how to manage too much tourism is yet a question or maybe a new challenge for the governments.