Hollywood Actresses That are in Limelight in 2018 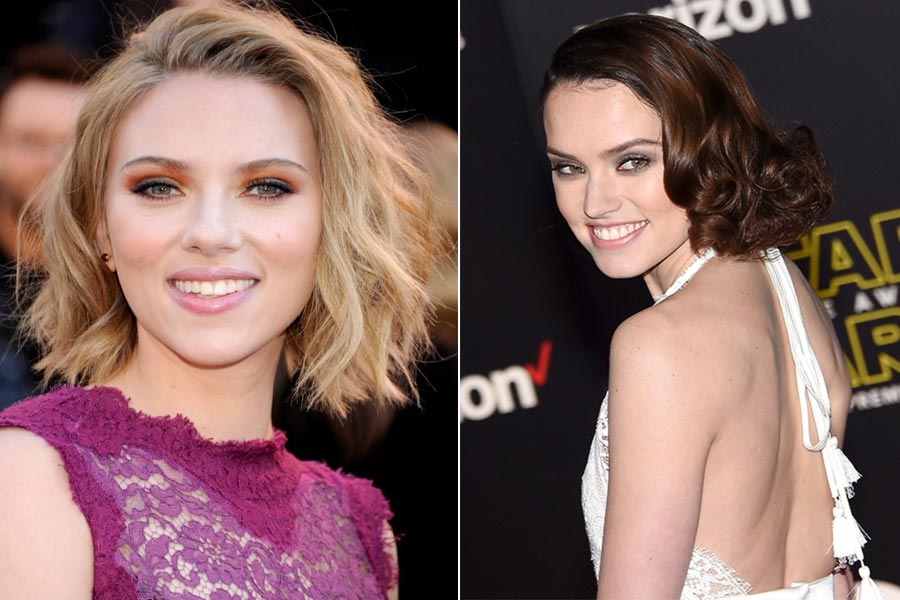 We will definitely be seeing a lot more of them throughout the year with new releases, interviews, and award shows. Since we’re halfway through 2018, a lot of entertainment is awaiting us this year. Entertainment is doubled when we get discounts and coupons to enjoy movies and shows. Get hold of these coupons now and have a happy remaining 2018. Last year was definitely the year of women and it seems like 2018 would be no different.

There are movements, initiatives, shows, and films surrounding the narrative of equality for women. All these ladies are among the highest-paid and most influential celebrities around the world.

Here is the list of 14 female celebrities that are trending in 2018:

Jennifer Lawrence has become one of the biggest celebrities of Hollywood and one of the top-grossing actresses ever. Born on August 15, 1990, in Kentucky, Lawrence started acting at a very early age but it was her role as Katniss Everdeen in the Hunger Games trilogy. In 2018, she played the role of a Russian spy Dominika Egorova in the movie Red Sparrow.

Margot Robbie is now an instantly recognizable name in the film world. The Australian actress won numerous nominations in 2018 including Academy Award for Best Actress for her role in the biographical comedy I, Tonya. She is also starring in the historical film Mary Queen of Scots that will be released later this year. Margot is playing the role of Queen Elizabeth I. She lives in Los Angeles now and is married to Tom Ackerley.

Beautiful Actress Scarlett Johansson was born in New York in November 1984. She is also one of the highest-paid actresses in the world. Scarlett has played the role of Black Widow (Natasha Romanoff) in multiple Marvel Studios productions. In 2018, she reprised that role in the movie Avengers: Infinity War.

The film quickly became the highest-grossing film of 2018 and the fourth-highest of all time. Johansson continues to be a symbol of woman power and feminism. She recently dropped out of a transgender role in a film after the public especially the Trans community protested.

The Academy Award-winning actress Emma Stone is set to star in a Netflix series called Maniac. It is scheduled to be released in September. She co-stars with Jonah Hill in this series which is a remake of a dark comedy series from Norway. Emma Stone is also an executive producer for the series. She worked with 300 women this year to establish the Time’s Up initiative.

Gal Gadot, most notably known for her role as the Wonder Woman, was born in Israel. She made her Hollywood debut with the movie franchise Fast & Furious. Before that, she has won beauty pageants and starred in productions in Israel. In 2018, the Times magazine featured Gadot on the list of 100 Most Influential People in the World. She has two children with her husband Yaron Varsano.

Cara Delevingne is an English model and actress who remains one of the top-earning models in the world. For the past few years, she has been focusing more on her acting career and has starred in movies like Suicide Squad and Paper Towns. In 2018, she has been actively voicing for the women’s movement and advocating for equality and ending harassment in the entertainment world.

The legendary actress Melissa McCarthy is known for her knack for comedy roles. After her award-winning performance in Bridesmaids, she has appeared in numerous comedy films including Identity Thief and The Boss. In 2018, she appeared a divorced mother who returns to college to complete her degree in the movie The Life of the Party. The movie did not see commercial success or favorable critic reviews.

Charlize Theron was born in South Africa on August 7, 1975. Theron is considered one of the best actresses in the world who can take on many different roles. She is famous for her work in North Country, Young Adult, and Mad Max: Fury Road. Her latest film Tully also garnered critical acclaim.

She portrayed the character Marlo, a struggling mother who is about to have an unplanned third child. She is very fitness conscious and goes makeup-free on her runs outside.

The Pitch Perfect star Anna Kendrick is known for her acting as well as singing skills. Pitch Perfect 3, which was released in late 2017, received moderate commercial success. Nevertheless, Kendrick is one of the most successful actresses in the US and is now set to star in the 2018 thriller A Simple Favor. She will star alongside Blake Lively and she is busy promoting the film these days. She is currently dating Ben Richardson.

Amy Poehler needs no introduction with her fantastic work on Parks and Recreation, Saturday Night Live, and Sisters. She has been nominated for and won numerous awards for her work, especially for Parks and Rec. Amy has a very good friendship with fellow SNL star Tina Fey. She now hosts reality competition Making It with Nick Offerman, her co-star from Parks and Rec.

In 2018, she starred in the British romantic drama Ophelia as the main lead. She also voiced the character Cottontail in the animated movie Peter Rabbit.

Jessica Chastain is a Golden Globe Awards winning American actress. She attended Julliard School in New York City where she earned a BFA in acting. Jessica got her breakthrough through the movie The Help which helped cement her position as an accomplished actress in Hollywood.

She has since worked in numerous films that have received great commercial success and critical acclaim. Chastain is shooting the sequel to the horror movie It and has signed to produce and star in an action thriller titled Eve.

Kristen Wiig is known for her acting talents that go far beyond her skits on SNL. It is already difficult for actresses to establish themselves as comedians but Wiig made it happen for her. The Bridesmaids star is currently working on several projects including How To Train Your Dragon: The Hidden World and Wonder Woman 1984.

Felicity Jones is an acclaimed English Actress most popular for her performance as Jane Hawking in the Oscar-nominated The Theory of Everything. Jones recently got married to her fiancé Charles Guard in June 2018.

Her new film On the Basis of Sex is set to release on Christmas this year. She plays the role of Ruth Bader Ginsburg, a lawyer on her way to change the course of history.