Hot Discussion By International Media About The Indo-Pak Crisis 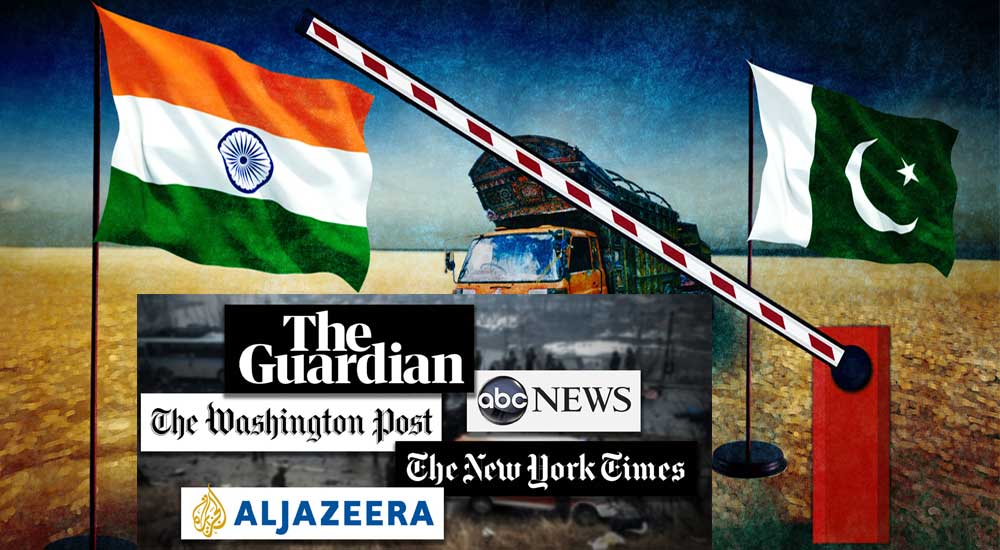 These channels excel well in presenting a clear news update about the current scenario.

The media channels are succeeding to gain many followers on social media platforms as well as millions of people worldwide are subscribing their video channels day by day.

For many Kashmiri immigrants, a rapidly escalating conflict over the disputed region raises fresh concern about the safety of loved ones back home and stirs up old memories of past wars.https://t.co/PPKxYtPQ4r

The Indian government formally acknowledged that Varthaman has been captured by the Pakistani forces https://t.co/RpqXkaiRPm

India-Pakistan crisis: a visual guide to the Kashmir tensions https://t.co/U6JydjfnVL

The US calls for restraint after long-standing rivals India and Pakistan launched airstrikes against each other for the first time since 1971, raising fears of an escalating conflict between the two nuclear powers https://t.co/hp3WLFVbi0 pic.twitter.com/DGqBScm18V

Opinion: India has made its point in Pakistan. Time to let the diplomats do the hard talk. https://t.co/73UKl1BpaW

It was almost inevitable that fighting would break out between India and Pakistan over Kashmir. Our reporter @vindugoel explains why. https://t.co/kdjo47CxgA