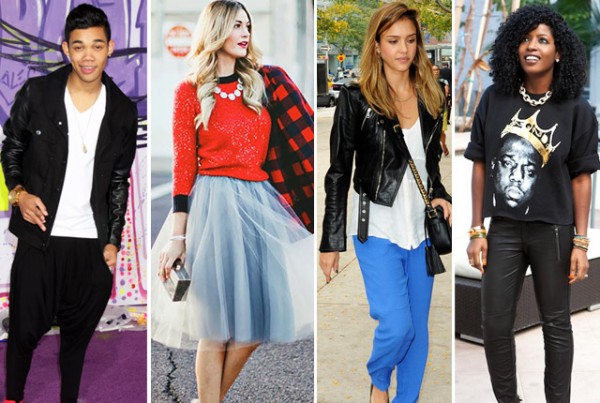 “Fashion trends change every minute which makes them unsustainable and an additional, excruciating burden to the planet.”

But then, the industry’s success depends on the change and as for the technological transformation, could synthetic production of the garments, lab-grown leather, and many other ingenious hacks into bio-fashion or digital clothing path a new future of apparel industry altogether?

The journey from ‘Burda’ too fast fashion on-the-go

The street-style, casual version of pure ‘haute couture’ has never been so conveniently accessible and affordable by common class like nowadays.

Back in the 1950s, elderly women of the family dressed per the latest trends by following fashion from the ‘Burda Magazine’ and buying a piece of fabric which was then sewn within homes.‘Burda’ was one of the most popular female magazines distributed around the world.

In 1987, ‘Burda Moden’was the first glossy magazine for the women published in the Soviet Union and China in 1994. Lack of finances back then urged the elderly to sew two fashionable pieces for the year which they loved wearing over the years on special occasions.

So when was the last time you were at the tailor for sewing a button on the shirt or at the cobbler to mend the shoes?

In 2011, a commentator for the fashion industry gasped in horror as a customer, carrying six or seven bags full of clothes from an Irish clothing store; Primark walked casually through a busy street in the rain. And even with one of her bag broken, she didn’t even bother bending down for the clothes. So is there something with the ‘Burda’ and absolute carelessness?

An obvious fact – We aren’t cashing in fast fashion but a much higher price by trading Earth’s future for dirt-cheap clothing.

And experts predict that if the situation persists, things will get direr eventually leading to our doom. Stella McCartney, Vivienne Westwood and many other iconic fashion players have realized the width of the problem as;

A few companies are actively engaged with alternative means of production which means they’re simply sidestepping the traditional clothing items or materials like cotton and leather, only to replace it with lab-grown, unreal/synthetic goods generated by bio-printing.

Modern Meadow, a company based in New Jersey is known to develop animal skin in a lab through bio-printing technology from the original cell. The recent biotech start-up; Bolt Threads, introduced a handbag made from the exclusive veggie stuff, Mylo. Its elements are made of mycelium; a mushroom-root system generated by the company in 3D-structures on a layer of corn stalks before condensing the entire frame into animal-free, durable leather. The business allied with Stella McCartney to come up with modern design on the dresses made from artificial spider silk and the proteins that are generated by fermentation of water, yeast, and sugar.

Then there’s an Italian start-up, Orange Fibre which is known to supply the first-ever yarn made of citrus-juice derivatives with the help of nanotechnology. Going a step beyond lab-grown materials and clothes would give us the notion of synthetically modified human body.

That said; some of the most sci-fi type elements were introduced in the fashion by A.Humanart concept of a futuristic, modified fashion house where you won’t just change your clothes but mould/transform your entire body per the latest fashion trends like skin and bone development at different areas of the body. Although unlikely to become a mainstream technology or even trend any time soon, the possibility is there seeing the rapid development in the industry and technology.

It’s no surprise that fast fashion takes on minimum 50 and maximum 100 consumer cycles per year alongside the creative. All of this makes it difficult to keep up with the pace and a challenge to remain by the recycle styles from the previous age. This is one reason why the product reputation would draw attention, having something different than the conventional. Take for instance alternative garment products and clothes with additional functionalities.

Then there’re sensor-based garments and luxury clothing brand Tommy Hilfiger has already released ‘smart clothing’range integrated with Bluetooth chips that can track the item on-the-go and users are to be rewarded for wearing the product(s). Back in 2014, Ralph Lauren; introduced a smart shirt during the U.S. Open which is capable to measure breathing and heart rate.

Google begin collaborating with Levi’s in 2015 for the creation of its fibretronic materials. The concept complements the production of a novel and conductive fabric and moulds it into ‘smart jeans’ allowing the fabric to transmit power and data without any wires. However, both firms created a ‘smart jacket’ instead of the trousers and embedding the product with touch-sensory material that lets wearer tap, hold or swipe the sleeve’s left cuff and execute simple tasks such as change music tracks, accept, reject or block incoming calls, access navigation data and more.

In the coming years, we can expect sensor-based fashion goods to be incredibly trendy with their numbers exponentially multiply. Such clothing will remain in style either forever or longer than the conventional possessing useful functions.

Real-life gloves have been designed by technologists at the University of Minnesota that actually tingle on sensing nearby objects. They’ve ultrasonic sensor mechanism to detect that which might go unnoticed by fire-fighters and allow users to see through smoke. Then there’s Jun Kamei, a material scientist who create Amphibio, a 3D-printed garment which functions as a giant mouth which will allow the wearer to inhale oxygen even from an aqueous environment. The person’s already a step ahead in saving humanity from the rising sea levels due to global warming.

It seems that wearable and fitness already teamed up for digital clothing and we actually have some products to make a statement. Take for instance the Nadi X yoga trousers by a Sydney start-up Wearable X, with haptic vibrations that can gently pulse at the rear, on the knees and ankles to encourage movements and hold certain yoga positions.

Many different products are out there which defines the fusion of healthcare, online medical services, doctor search apps, digital technology, and fashion in unimaginable ways.