How Old is Belle Delphine? Biography and Earnings 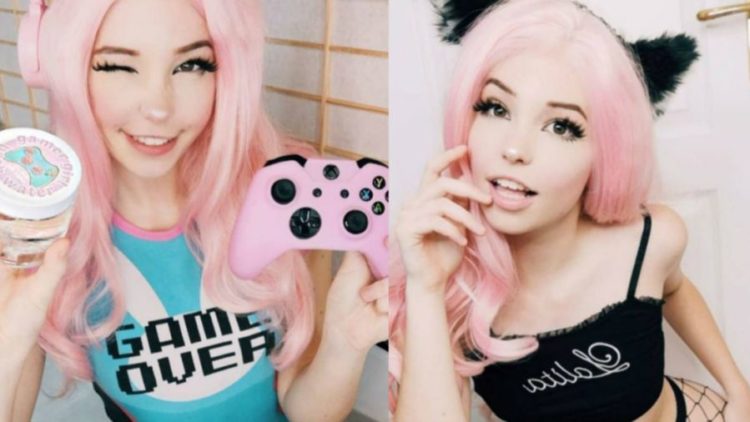 One of the most trending personalities today is Bell Delphine. She is a twenty-two-year girl old from South Africa who is an internet celebrity. On social media, she is a subject of a lot of controversies. Many people came to know her when she sold “Gamer Girl Bath Water”. Many were confused about the products at first but they sold quickly. Now Delphine has become a household name. But still many do not know the real name of Belle Delphine or her age. So here you can find all the details about Belle Delphine. You can also know how much money she is making in her career.

What is the age of Belle Delphine?

Belle Delphine is 22 years old, But she looks mature for her age. She wears wigs and a lot of makeup in her videos. Her real name is Mary-Belle Kirschner. She has been trolled several times because of her looks and contents.

Where did she come from?

Delphine is from South Africa. Her parents were devout Christians. But they divorced and Delphine stayed with her mother. They moved to England and set up a home in Lymington, Hampshire. From a young age, Delphine admired the YouTubers like iDubbbz. Then she dropped out of school because her classmates bullied her.

Her rise to fame

Belle Delphine was not clear on what to do with her life. She studied at Priestlands School but at age fourteen she dropped out of it. Instead of studying she did some odd jobs like nannying and waitressing. Then Delphine started to model and also worked as a cosplayer. She uploaded her content on Youtube. But that did not pay her bills. So she started a Patreon where she posted suggestive content for people who created an account. This channel received over 1,200 Patrons as many people subscribed to it.

This helped Belle Delphine to make a lot of money. She started to post regularly on other social media pages like Instagram, Twitter, and more. Her infamous “Ahegao” faces created lots of scandal in social media but got her more followers. Many other influencers also made a lot of videos about her and it made her even more famous.

Then when she was at the top of her game, she started to sell “Gamer Girl Bath Water”. This is a freaky business. She bathed in water and sold the water in a bottle for $30. Later this became a viral story on the internet. After this business, she disappeared from the internet for a while. Many searched for her but she was gone. Then on June 17, she returned. She posted a video and enjoyed its popularity.

On Youtube, she uploaded the video titled ‘I am back’. She also made an OnlyFans account where she shares exclusive pictures and videos for her subscribers.

How much does Belle Delphine make?

Belle Delphine shared in an interview with Logan Paul about her earnings. Her main source of income is her OnlyFans account. She officially launched it on June 2020. It will cost $35 to subscribe to her channel. It is quite a lot of amount on the subscription website. The hosts of the podcast pushed her to say how many subscribers she has in her OnlyFans account. But instead of revealing it, she shared about the money she makes.

She shared that she roughly makes $1 million a month from the adult website. She also has the largest cash withdrawal ever as she has cashed $2 million once. Therefore she earns lot of money through this site alone. This shows that she is a rich person.

Most of the influencers in social media have accounts on many platforms. So they make money across different platforms. They promote products, share information, sponsor posts, and more. But for Belle Delphine, many of the social media accounts she has is terminated. At first, she had an account on Youtube, TikTok, Instagram, and more. But all of these accounts are terminated.

She has violated the guidelines of the community many times. Her posts are overly suggestive which is not appropriate for social media platforms such as Instagram. That is the reason why she is not having an account on these platforms.

One time she posted s*xually explicit videos on TikTok and Instagram. So she got banned from those platforms. She also got banned from Youtube because of nu*ity but her account was reinstated. Now she has 1.8 million subscribers on Youtube and it has only two videos. She can make up to $1,900 a day in the channel. But most of her videos are age-restricted. So through her OnlyFans account, she is making a lot of money.

At the beginning of her social media career, Belle Delphine posted videos of makeup and Cosplays. Then she slowly transitioned to a Pornographic career.

You may also read: How to Unleash The Power of BI Through Social Media Marketing?