How to Write a High-Quality and Exciting Dialogue in Essay 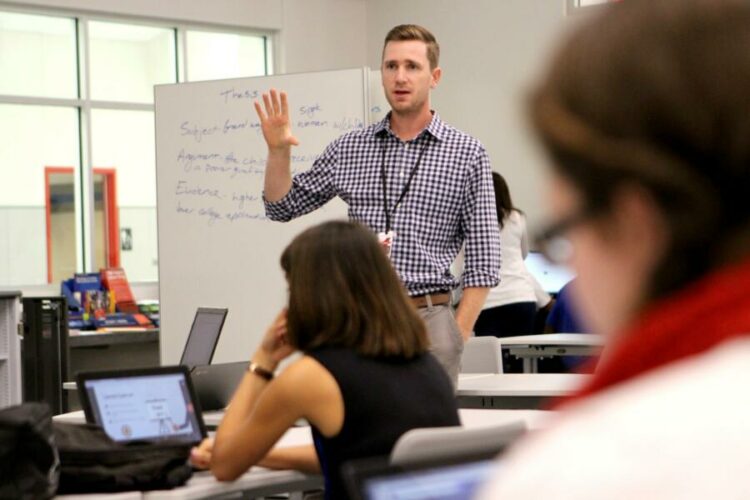 Dialogue consists of an interaction between two or more individuals, either in written or oral form. It’s a staple in movie scripts, though it can also be found in novels and video games. Those are just a few examples out of the many that could be mentioned.

When writing an essay, you may contemplate the possibility of inserting lines of dialogue. Adding dialogue to an essay could significantly improve its engagement value. It may likewise increase the chances of getting a higher grade in academic contexts.

Stick around as https://coolessay.us/ show you how to write dialogue in an essay for an engrossing reading experience.

Rules for Writing Dialogue in Essay

Keep in mind that, in academic writing, the dialogue format is only compatible with essays of the narrative kind. Furthermore, you must observe certain rules when introducing dialogue into your narrative essays.

Wrong formatting can prove severely detrimental to the quality and readability of your dialogue and of the piece of writing as a whole. This aspect is just as problematic as the content of the dialogue itself and involves elements such as capitalization and punctuation.

As for the content, it should be clear, realistic, and germane. Avoid “stating the obvious” unless it’s absolutely necessary to drive the narrative, as well as going to the opposite extreme of assuming that readers will grasp all obscure references that only you or people in your closest circles could understand.

What’s more, dialogue should attempt to flesh out a character and provide interesting plot twists or details about the story that’s being told. Superfluous day-to-day dialogue can endow a piece of literature with an ounce of realism, but many readers might possibly get bored by overstretched dialogue that doesn’t add much storywise.

Two types of dialogue could be written in an essay, to wit:

These are used to indicate to readers what is going on in a character’s mind (what he/she thinks) or when characters speak to themselves. These lines are normally enclosed in quotation marks or formatted in italics.

Although this is largely a stylistic choice, it’s always recommended to use italics for inner dialogue instead of quotation marks when it is interlaced with outer dialogue so that readers may be able to distinguish between them.

Angelina picked up the letter.

, she thought. She then raised her eyes and said to the mailman,

These are the classic lines of dialogue that correspond to normal conversations between two or more characters. They are set off by quotation marks.

“I didn’t order this,” interjected Betty.

Dialogue Tags are phrases that provide additional information on the character and the emotional context of the quote. They could be inserted before, after, or even in the middle of a direct speech.

“I thought I heard something,”

“but I was probably daydreaming.”

These are some of the most important punctuation rules you must be aware of when writing dialogue:

Mary was arriving from work when suddenly the door rang.

“Who is it?” She asked while approaching the door.

“It’s me, John,” the man behind the door uttered.

Mary, seemingly annoyed, asked, “what are you doing here?”

I should’ve looked through the peephole first

, she thought to herself while slowly opening the door.

John looked at her with grief and said with a cracking voice, “I’m sorry, Mary. I promise I won’t do it again.”