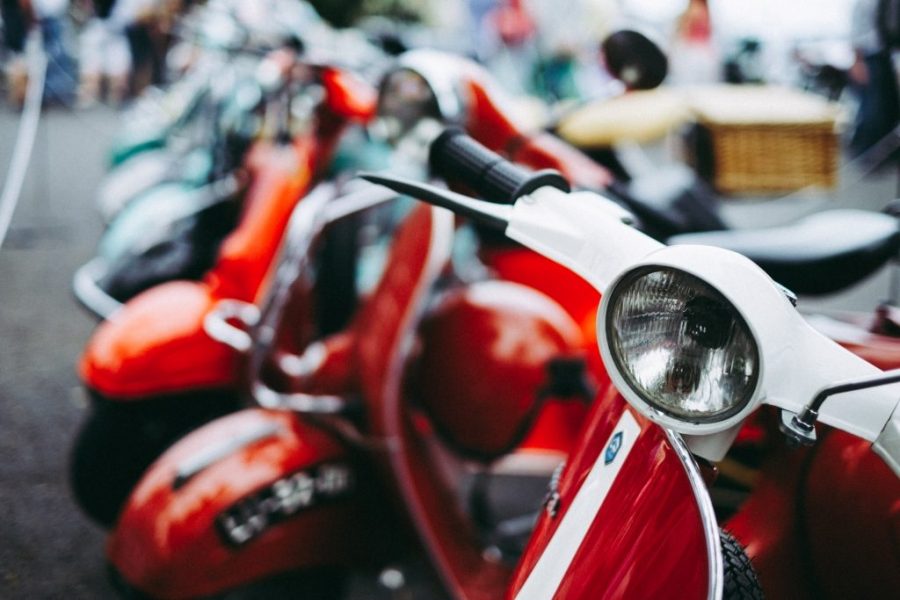 The Indian two wheelers industry has evolved in many folds in terms of technology and a total number of two-wheelers being manufactured and produced. Two wheelers in India can be seen as an alternative to walking, riding a bicycle and public transit systems. Presently, India is the largest producer and manufacturer of two-wheelers in the world followed by China. Rising fuel prices is one of the primary growth drivers for two-wheelers due to their higher fuel efficiency. In India, commuters across all age groups use motorized vehicles, especially two-wheelers owing to the escalating population and rapid increase in traffic congestion, thereby making two-wheelers as the most appropriate and convenient mode of transportation in urban areas.

In terms of value, India used two-wheelers market generated gross revenue of INR ~ billion by selling off ~ million units in FY’2013. In the pre-owned two-wheeler segment, both motorcycles and scooters were observed to become second vehicles in the households, thus showcasing high growth year on year. Demand exists for two-wheelers below 150 cc generally, from young male students, especially in metro regions. The demand for used two-wheelers has seen a constant rise over the past few years, especially from models like Honda Activa, Aviator, TVS Jupiter, Bajaj Pulsar and Discover. Even in terms of exports, two-wheelers produced in India are the proud products of the “Make-in-India” initiative where nearly 7 in 10 automobiles delivered out of India are two-wheelers.

In FY’2018 the sales volume through the unorganized sector individual sellers, local mechanics and small dealerships collectively contributed to nearly ~% of the market. Indian consumers who may want to use a vehicle for a short period of time or who may not be able to afford a new vehicle find it convenient to visit a nearby dealer and purchase it as per their budget. On the other hand, the organized sector was observed to capture the remaining ~% volume share in the FY’2018.

By Distribution Channel of 2 Wheelers

Due to low awareness regarding the existence of organized online and offline players, the majority of transactions conducted in the market are through C2C or offline B2C channel. The C2C channel controlled a share of ~% to the total sales volume in the used two-wheeler market during the FY’2018. On the other hand, the B2C channel controlled the remaining significant share of ~% in the used two-wheeler sales space.

During FY’2018, stock piece contributed to a majority of the used two-wheelers sold in India and consisted of standard vehicles manufactured by companies, thus evaluated at a volume share of ~% in India used two-wheelers market. The total number of individuals who are bike enthusiasts and are able to afford expensive bikes constitute a very small proportion of buyers in the market for new customized bikes, thereby capturing the remaining ~% volume share in the FY’2018.

By Type of Two Wheelers

The share of scooters in the used two-wheeler space was recorded at ~% in the overall sales volume during FY’2018 in comparison to ~% in FY’2013. However, the market has continued to be dominated by motorcycles with a massive volume share of ~% during the FY’2018. This is because male riders traveling a longer distance still prefer motorbikes instead of a scooter due to the larger engine and greater mileage offered by motorcycles.

In the FY’2017, ~% of the used two-wheelers market in terms of sales volume was observed to be unorganized which comprises individual sellers, local mechanics and small dealerships. Whereas the remaining ~% of the market constitutes of the organized players like Droom, CredR, BikeDekho.com, BikeWale.com, Mahindra First Choice Wheels Limited (MFCWL), Bikers Highway and others. Certification and authentication, brand, price, mileage and performance, engine quality/power and a total number of dealers are some of the critical parameters on the basis of which Companies compete in the organized segment.

The online used two-wheeler market has been emerging with the rise in the popularity of E-commerce platforms in the country. Online platforms such as Flipkart, Amazon, and Snapdeal have enabled India users to trust online platforms and make high-value transactions online using their debit/credit cards and net banking. The growth of online advertising, which has fuelled the rise of online classified platforms such as OLX, Quikr, Gaadi.com, and others have revolutionized the way in which pre-owned vehicles have been sold in the country. The online used two-wheeler market grew from INR ~ million in FY’2016 to INR ~ million in FY’2018. With the growth in the number of vehicles sold online, these players not only witnessed a sharp growth in marketplace revenue but also from other sources including advertisements, subscriptions, and other value-added services.

It is anticipated that the used two-wheelers market in the country will continue to grow in the coming years as used vehicles are much cheaper to purchase than a new one. Projections for the future suggest that the overall market for used two-wheelers in India is likely to showcase a vibrant growth from ~ million units of sales volume in FY’2019E to ~ million units of sales volume in FY’2023E. The CAGR during this period is expected to be around ~% during the forecast period FY’2019E-FY’2023E. Individuals mostly in smaller cities and towns who wish to own a vehicle begin with buying a second-hand two-wheeler to get hold of it. Similar is the case of women drivers who prefer purchasing a pre-owned vehicle to learn driving before they actually purchase a new vehicle. Also, local dealers who have been facing tough competition from the online classifieds will be seen associating with the online players to reach out to greater audiences.