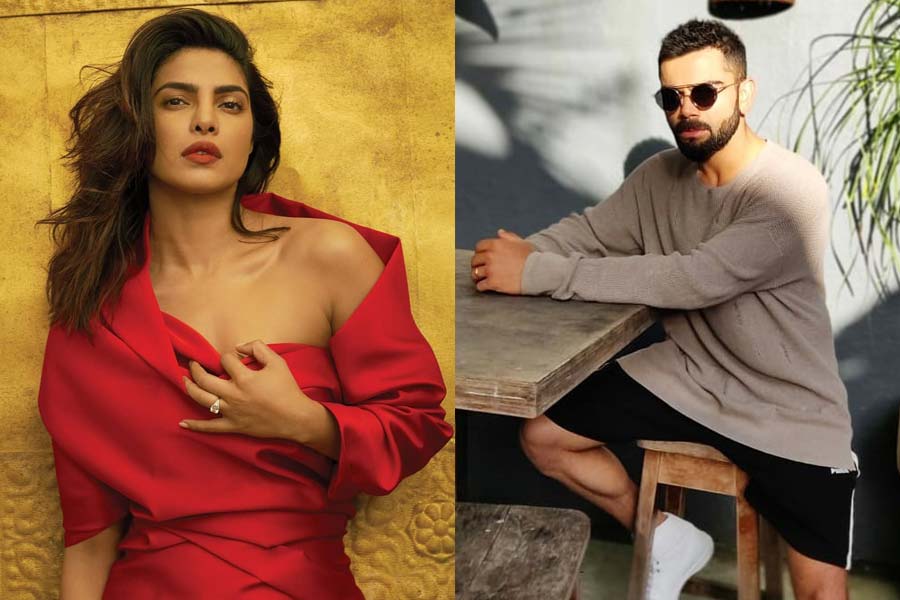 On Wednesday Hooper HQ, UK-based social media management and marketing company released a list of Instagram’s richest celebrities. The list consisted of about 100 celebs that earn big money for their sponsored post on Instagram. And Indian cricket team’s captain Virat Kohli and actress Priyanka Chopra gave another reason to India to be proud of them both.

Virat Kohli and Priyanka Chopra are the only two Indian celebs that made it to the rich list of Instagram. The amount that these to make for their every post on Instagram will surely blow your mind though.

The list has many sportsperson and celebs from across the world but Virat Kohli is the only sportsman from India who makes it to the list.

Similarly, Priyanka is the only actress from the Bollywood or let say the only celeb from the B-Town who made it to the list. According to the source, Hooper HQ’s rich list of Instagram tells the net worth of the Instagram post of 100 some celebs on Instagram. Amongst these celebs, two of them are Indian origin and a huge name in India.

You can also read: Kylie Jenner Became The Youngest Self-Made Billionaire At The Age Of 21

One is Indian Cricket team’s beloved captain Virat Kohli while other is Bollywood’s most favorite( now Hollywood’s too), Priyanka Chopra.

Virat Kohli bagged the 9th spot among all the sportsmen making $196,000 per sponsored post on Instagram. He beats Luis Suarez, Mohammed Salah and Serena Williams in the list.

While Cristiano Rolando tops the lost of sportsmen and beats Lionel Messi who is at the third spot in the list among the sportspersons. Ronaldo charges $9,75,000 per Instagram post. OMG!

You can also read: Here is the list of 8 richest actors of Hollywood

On the other hand beautiful Priyanka Chopra, who shares a lot of images and posts on the Instagram charges even more than Virat Kohli for each sponsored post on Instagram. Her digit is &271,000 per post. She is the only Bollywood actress that made it to the list and secured 19th spot overall, whereas the only Indian sportsman who made to the list,i.e Virat Kohli bags overall rank of 23.

The one who topped the list has some jaw-dropping digit to her account. American media personality Kylie Jenner stands at the top who charges $1,266,000 per post on Instagram. (Pick up the jaw, Please). She has over 141 million followers and is ahead of everyone. Standing at the second spot is America’s well-known singer Ariana Grande.

Well, none of us were aware that our favorite celebs make so much out of social media. We do envy their lives sometimes don’t we?

You can also read: You Will Be Shocked To Know About The Net Worth of The Kardashian-Jenner Sisters