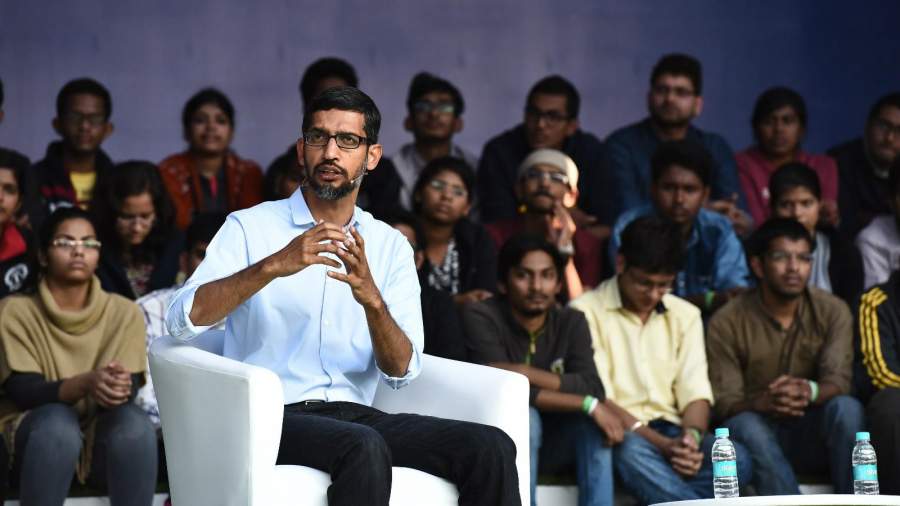 Recently CEO of Google, Sundar Pichai has been announced as the CEO of the parent company (Google), Alphabet. Google co-founders, Larry Page and Sergey Bin have announced that they are stepping down from the leadership role of Alphabet and now Sundar will replace Larry as its CEO. Sundar will continue to be the CEO of both the companies i.e. Google as well as Alphabet.

We all know that Sundar well. Such a kind and a simple man he is. His simplicity only has led him where he is now today. He is a man of words that he wants he achieve it because he knows better how to work hard. He has gained popularity over a less period just because of his poised demeanor, simplicity, and dedication towards work. He has a quite inspiring journey to share. We might not believe that he didn’t have even money and basic resources like the refrigerator and still he got his name amongst the top 100 CEOs in the United States which is unbelievable.

In an interview with The New York Times last year he had shared some of the less known things about his challenging journey. In the interview, he recalled his childhood and talked about what growing up in India felt like to him and living without basic resources like a refrigerator and sleeping on a floor. Some of the important highlights of his interview let me take you through

We all know that Pichai has attended the prestigious Indian Institute of Technology, then Stanford and the University of Pennsylvania’s Wharton School. He told NYT, “I had a lot of time to read. I was processing a lot,” Also, he told that he read whatever he could get his hands on.

2. He had spent a simple childhood in Chennai

He told NYT that he and his family have lived a very simple life in Chennai. He told me that he lived in a “kind of modest house, shared with tenants”. He and his family used to sleep on the floor of the house and they have no refrigerator. Getting one was a big deal for them.

3. Studying in IIT was not easy at all

He studied in IIT and he told NYT that he rarely had access to the computer. Not more than two or three times in a day that was a big problem for him. He said he sometimes gets so wrapped up that he couldn’t understand what’s happening.

According to him, technology is important but still, he has limited the use of technology in his home. He doesn’t allow his kids to watch TV all the time. He told NYT that, his son is just 11 years old, and he doesn’t have a phone. He is mining Ethereum and earning money and he is trying to understand how the technology works.