#JCBKiKhudayi, Here is Everything You Need to Know About The Funniest Social Media Trend Ever on The Internet These Days 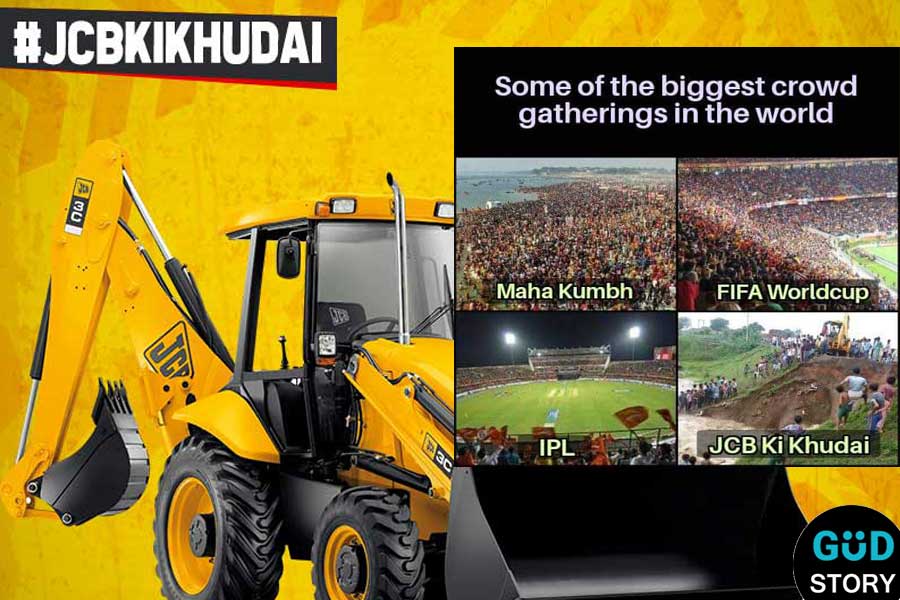 If you are an active social media user you must be thinking why this #JCBKiKhudayi is hitting the Internet and making netizens totally mad. No one still knows the reason now that why did this JCB excavator which is used to dig dirt is doing rounds on the Internet and people are following the trend blindly without knowing the reason behind this. Most of the users even have googled this trend that why JCB is so much in trend these days?

They still didn’t get any clue why did this happen and how JCB excavators became surprisingly hit all over the Internet and other social media platforms.

Want to know the reason how it all started and why did this JCB excavator has become a sensation overnight? We have all the answers you are looking out since so many days.

So, this #JCBKiKhudayi trend started when the first video was landed up on Twitter and made it viral by putting a caption over it, “Reason why #JCBKiKhudayi is trending.”

In the video, you will get to see how a groom arrives at his own wedding on JCB excavator instead of using any luxury vehicle. Since then the yellow machine became the star of social media.

Seeing the fan following for JCB and the trend for their machine, the company itself could not resist giving a vote of thanks to all his fans and followers.

In a post, JCB India Tweeted: “We are truly humbled by the love shown for JCB in India today, with #JCBKiKhudai trending across the country! Thank you to our customers and fans for your enthusiasm and support! With @JCBIndiaLtd, you can #ExpectMore. #JCBKiKhudayi.”

We are truly humbled by all the love shown for our brand with #JCBKiKhudai. Thank you to our customers and fans across India for your enthusiasm and support! With JCB, you can #ExpectMore. #JCBKiKhudayi pic.twitter.com/YsDwVa49AM

Apart from this many stars from Bollywood and Indian cricketers like Virat Kohli also have joined the league and where they were seen making memes for JCB trend.

Have a look at other funny tweets on JCB: