‘Her Existence Is All About Being KJo’s Puppet’: Kangana Ranaut Responds To Alia Bhatt’s Apology 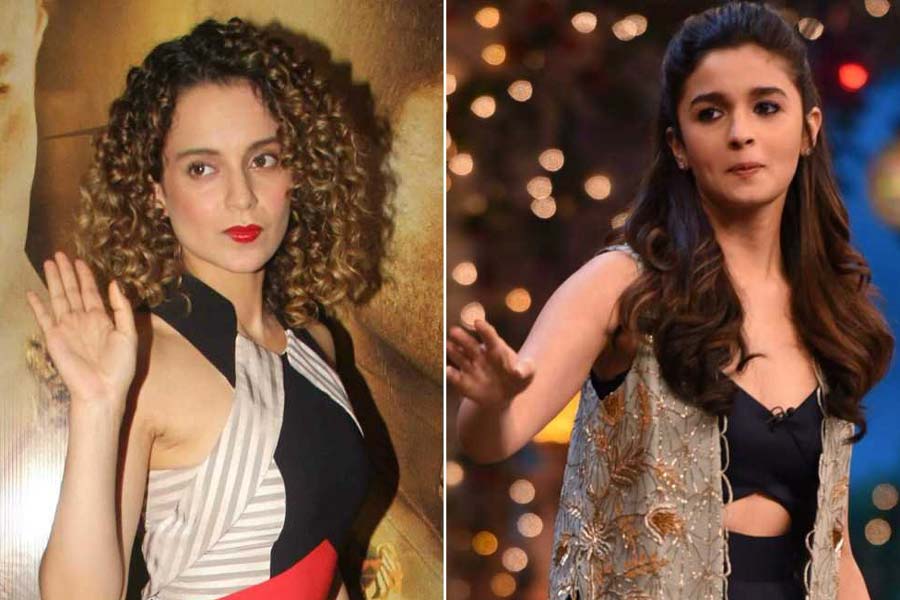 To Err is Humane and to Forgive is Divine: In the field where each and every comment is backlashed and not forgiven and there is so much of competition the fight between two actors, directors or co-stars is quite common. Recently there is too much of controversy being centered around the Queen, Kangana Ranaut.

Kangana has all geared up to ‘expose’ the ones who ‘ganged up’ against the ‘gangster heroine’ before the release of the film.

In an interview, she claimed that many people from the film fraternity including Alia Bhatt failed in supporting her ambitious project ‘Manikarnika’. She stated that she had attended the screening of Razzi, and has a conversation with Alia Bhat about the film, but it was sad that she did not reciprocate the same gesture.

Well, when the Raazi actress was questioned regarding the same she said that she was busy promoting’ GullyBoy and was not aware of the things happening around her. Alia commented that she is fond of Kangana and her dynamic attitude and has always admired her, she said“I hope she doesn’t dislike me and I don’t think she dislikes me.

I don’t think I have done anything intentionally to upset her. If I have, I will apologize to her on a personal level,” It seems that things are not going to be smooth between the heroines.

As per reports, Kangana admitted that she has reached out to Alia and asked her views on Manikarnika and what made her think that it was about her ’personal controversy’ when the whole nation is talking about the film and Bollywood is silent about their take on the film.

The Queen questioned, “if I can be courteous and gracious to acknowledge her requests for encouraging relevant work that she does, why is she so scared to see my film?”.

Well, she also suggested Alia that she should ‘grow some spine’ and support a film that is on women empowerment and nationalism.

She commented she commented that she needs to rise above the ‘Nepo gang life’ and said “If she doesn’t have a voice of her own and her existence is all about being KJo’s (Karan Johar) puppet, then I don’t consider her successful.

#Kangana hits back at @aliaa08, says ‘her existence is all about being “@karanjohar ‘s puppet”
This is why Bold and fearless are synonymous with Kangana Ranaut.
??#Manikarnika pic.twitter.com/7kBQqMpSQi

I told her if she is only focusing on earning bucks and not raise a voice, then her success has no value,”.

Kangana Ranaut said- I suggested Alia Bhatt that she grows some spine and supports an important film about woman empowerment and nationalism. If she doesn’t have a voice of her own and her existence is all about being Karan Johar’s puppet then I don’t consider her successful.