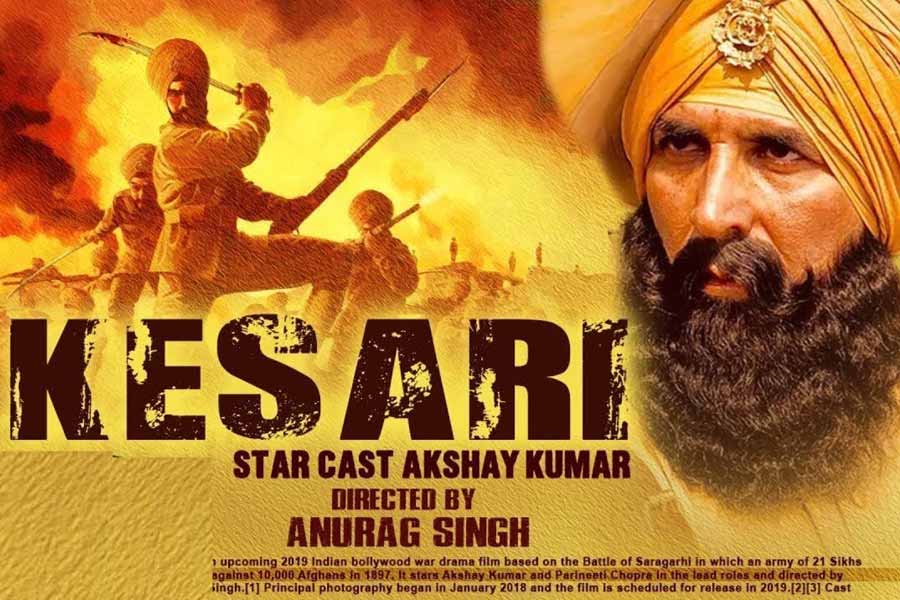 The year 2019 seems to be the year of good inspirational films, starting with Uri, Manikarnika or Gully boy the films were based on real-life characters their struggles and their achievements. Another story based on real even is Kesari. We have read and heard many stories about the bravery of the Sikh community, however, this story has not got the much-desired attention.

It’s the story of 21 fearless Sikh soldiers from Saragarhi who fought against 10,000 Afghans. Much before the fight they knew of its consequences and were aware that death awaits them. Still not worried about the consequences they fought as they placed their duty ahead of themselves and their lives.

The Battle of Saragarhi, the ratio of the Sikh soldiers to Afghan soldiers was shocking that is 1:500. The Sikh soldiers (of the 36th Sikh regiment of the British army) fought with bravery against the Afridi and Orazkazia tribes of Pashtun.

Saragarhi was a communication relay post in the North Western Frontier Province (NWFP) and is situated in the Hindukush region of the present day Pakistan. Saragarhi was a manned post and was constructed by the great Sikh Emperor Maharaja Ranjit Singh and was later taken by the British.

It was converted into a heliograph communication post that used the technology of reflected sunlight with a mirror in the form of coded messages. It played an important role in the defense and protection of the two main forts of the region, Fort Lockhart and Fort Gulistan. Saragarhi was located between the two forts. 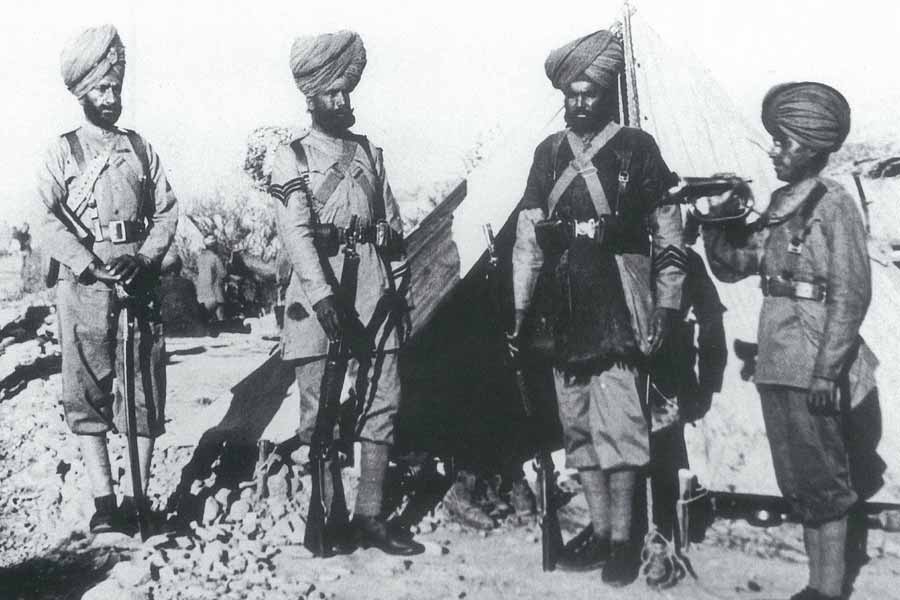 The start of battle- 12TH September 1897 at 9:00 AM the detachment commander, Haildar Ishar Singh, saw the Afghan soldiers nearing the Saragarhi.

Seeing this Sepoy Gurmukh Singh signaled about the invasion to Fort Lockhart via heliograph. The Afghans had cut all the supply to Saragarhi, Fort Lockhart signaled the soldiers at Saragarhi to hold their positions. 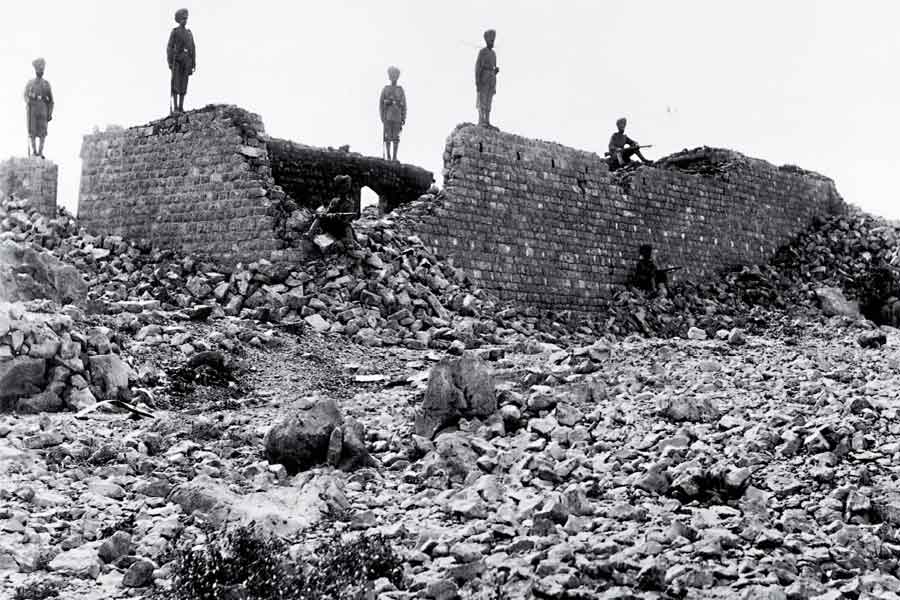 Havildar Ishar Singh’s wise decision- Ishar Singh realized that there will be no help from Fort Lockhart and he consulted his soldiers as they would like to give a tough fight or would flee and abandon their posts to survive.

The soldiers chose the former without any hesitation and in unison. They then commuted their reply to Fort Lockhart.

Ishar Singh was a leader in its true sense- a fervent Sikh, Havildar Ishar Singh headed the command and troops were aware of his abilities to fight with Pathans and their fighting strategies. He was also well aware of the terrain and topography of the location. 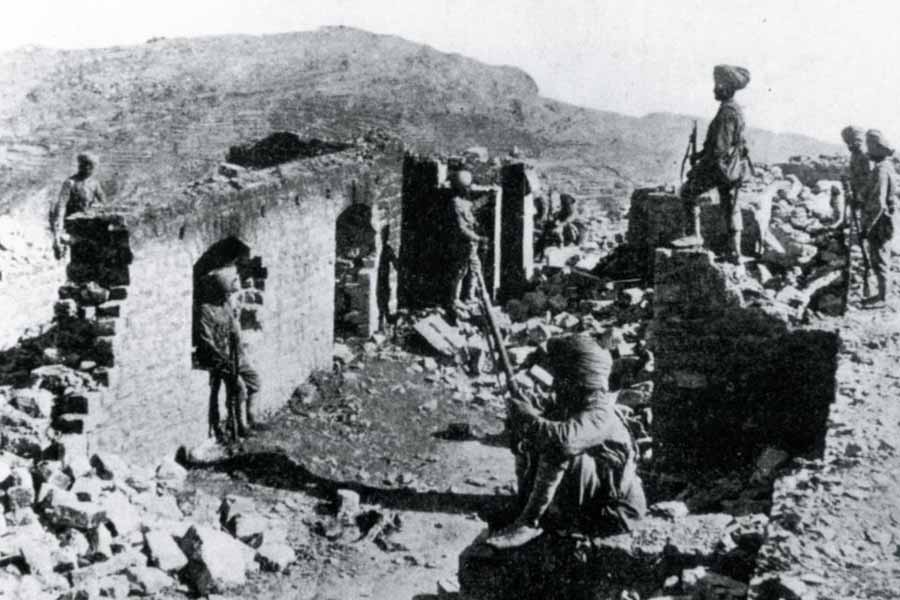 The fight- the fight plan was well- formulated one. He placed his soldiers in two lines- standing and squatting (ready to fire) position. He instructed them to fire only when the Afghan troops were near them at a distance of 250 meters from the post. This strategy resulted in the killing of the first line of invaders.

The triumph was short-lived as the Afghans attacked them from two sides, one from the main gate and the other at the gap of the fort as they were aware of the minimum number of Sikh soldiers. The first soldier who was martyred was Sepoy Bhagwan Singh.

By noon the 11 soldiers were martyred. With only 10 soldiers, depleting ammunition and no assistance from Fort Lockhart they fought bravely.

The Afghans set the fire in the nearby bushes and as a result of smoke, the Sikh soldiers were unable to see them. Fort Lockhart made them aware of the breach made by the Afghans. 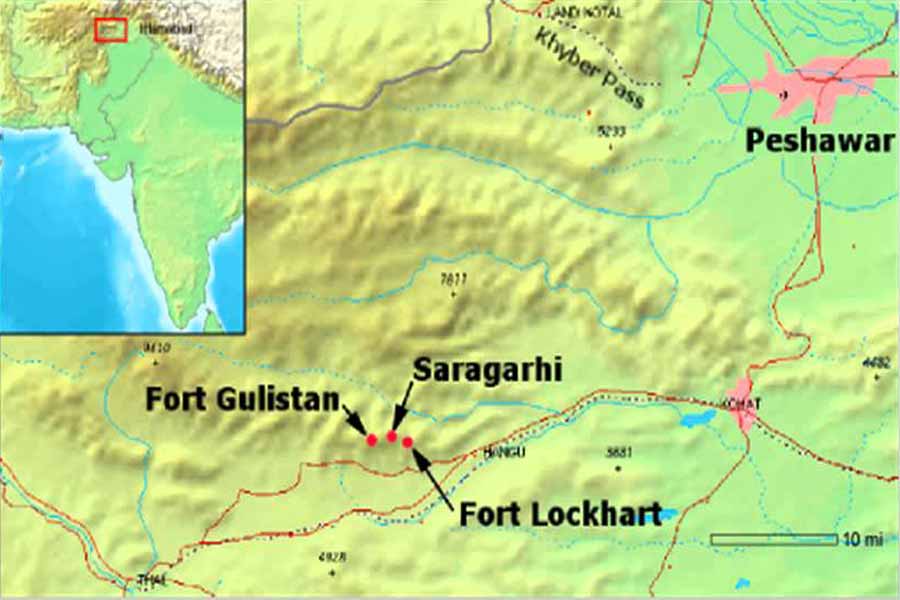 Havildar Ishar Singh then signaled his soldiers to move towards the inner wall. Following this what he did is till date considered the biggest act of bravery and heroism. He himself was wounded but he asked his soldiers to carry him to breach in order to defend his remaining soldiers.

For a short while, the three soldiers fought bravely and gave a massive set back to the Afghans. The whole act was dramatic and the fight was chilling to the spines.

After breaching the Saragarhi post the Afghans had to fight only 5 remaining soldiers, 4 towards the inner side and one Sepoy Gurumukh Singh at the signaling tower. Still, they gave a tough fight to the Pathans.

Gurmukh Singh was the last one to join the fight as he was at the signaling tower. He joined the fight after communicating about the same. The 19year old soldier before starting to fight chanted “Jo Boley So Nihaal, Sat Sri Akal!’ Gurmukh Singh single-handedly fought 20 Pathans before falling.

The fight put by Sikh soldiers was shocking and they killed 600 of the invaders. The Sikh soldiers were awarded the highest gallantry award that an Indian soldier could receive at that time.