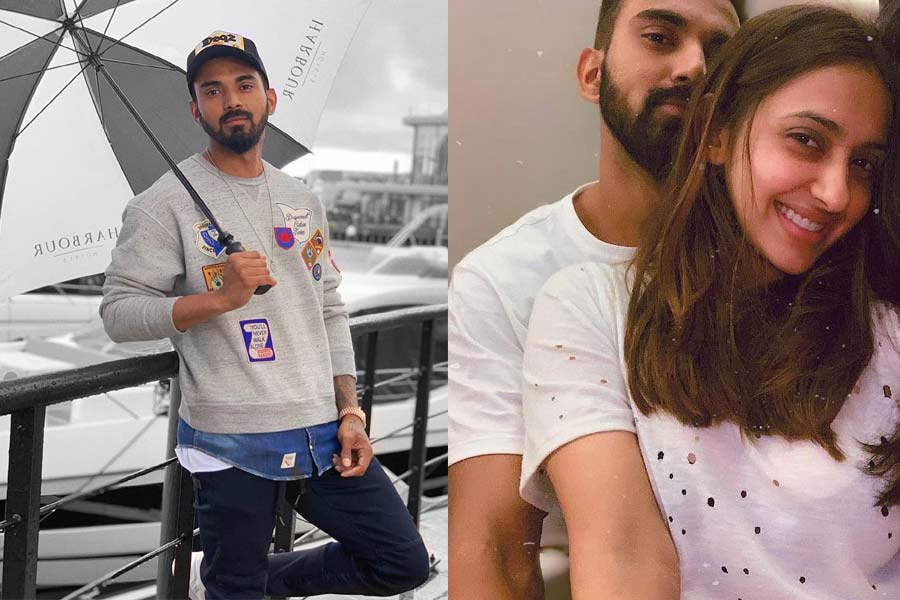 This is not for the first time that we are hearing about any dating rumours between a cricketer and a Bollywood celebrity. Many live examples in front of us are there who are happily married ever after dating for so long. For example- Geeta Basra and Harbhajan Singh, Anushka Sharma and Virat Kohli, Mohammad Azharuddin and Sangeeta Bijlani and many others. The very recent about Virushka is the link-up between very popular Indian opener, KL Rahul and Alia Bhatt’s best friend, Akansha Ranjan.

Not only Akansha, but the dashing batsman was also linked to many other actresses before like Sonam Bajwa and Sunil Shetty’s daughter, Athiya Shetty. According to the media sources, Rahul is dating Akansha Ranjan Kapoor who is cutie Alia Bhatt’s best friend forever.

Akansha has also revealed later on that she also has introduced her friend Alia and her boyfriend Ranbir Kapoor to KL Rahul.

So, finally, amid all the speculations and the rumours going about his dating with Akansha, KL Rahul has broken his silence on the rumours that are becoming the talk of the town. In an interview with Bombay Times, KL Rahul denied and said that he had no idea about ongoing rumours. In a reply he said,

Every cute caption/pose that i save for a prospective future bf, i end up using on you (no that doesn’t make me sad at all…?) I LOVE YOU MY HEART AND SOUL why are you so far away from me??!!!! ? Even tho insta-wishing ain’t a thing no more, you know I’d do it for you? happy birthday my jaan ❤️❤️❤️❤️

“Oh, all these things have been written about? I don’t really read the papers, so I don’t know what has been written about me. I have learnt to keep my personal life personal and not make it a thing to talk about. I am committed to cricket right now,” he said. He further said that “I don’t really know. When I figure that out, I will give you a call and tell you.”

The rumoured couple has also remained in the limelight for over the past few months. As, they together have been spotted many times hanging, partying and drinking together outside and at Alia’s house of course.

The latest reports also revealed that Akansha is spending a lot of time with Rahul and they were caught together praying at the Mount Mary Church.

got a pretty little heart, don’t let him break it ☀️

So, among all the rumours and speculations going on for their relationship, we are still not sure whether it’s correct or just rumours in the air. For the moment, we only can wait and watch whether the duo will be able to pass the test of time or not like other happily married couples from the world of cricket and Bollywood.