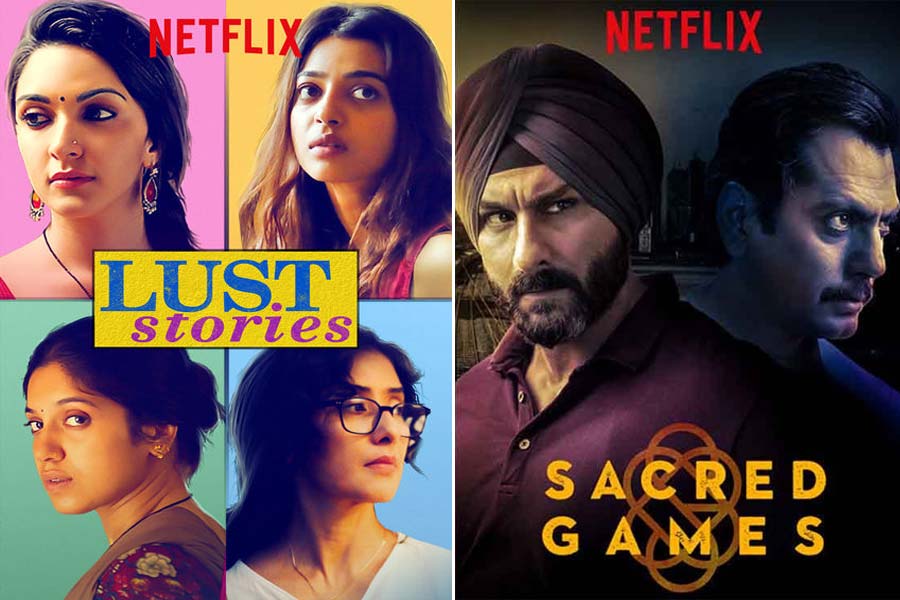 You all must have come across the bold and rocking performance of actress, Radhika Apte who has received the best actress nominations at International Emmy Award, 2019 and it was because of the brilliant acting she has given in the Lust Stories. The popular shows got aired on the Netflix Film. After hearing this news, Radhika got very much excited and she took this news to her Instagram account.

She also shared the pictures of her name in the Emmys list.

To tell you, Lust Stories is an anthology film. It has four short film segments and these all were directed by Anurag Kashyap, Zoya Akhtar, Dibakar Banerjee, and Karan Johar.

This news was also shared by the Gangs of Wasseypur director who also took to his Instagram.

Besides this, there was one more reason to celebrate the success for Anurag Kashyap and that is the nomination of another Netflix series – Sacred Games which has been nominated for the best drama category in Emmys nominations.

Also read: 8 Adult Web Series If You Don’t Have Time for 3 Hours Cinema

Karan Johar also shared the news on Twitter where he wrote, “So proud and excited that our anthology Lust Stories is nominated at the Emmys.”

Saying this he has given a vote of thanks to his fellow directors Zoya Akhtar, Anurag Kashyap and Dibakar Banerjee in the tweet. He added, “Our quartet rocks. Thanks for the support.”

We are happy for Radhika Apte. Aren’t you?

Also read: Binge on Amazon Prime Video to watch Out One of 7 Amazing Series