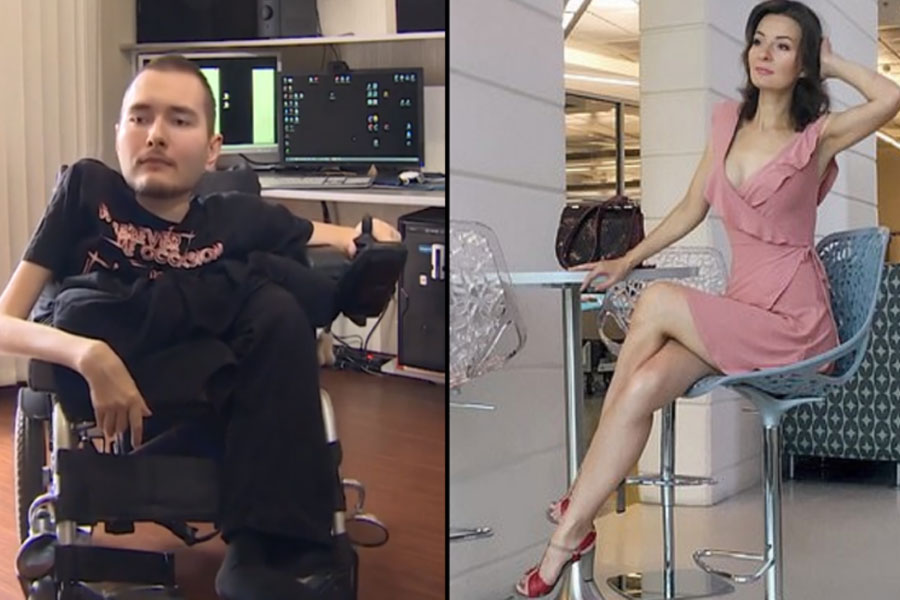 Moscow, history was in making and another milestone in the field of medical science was to be achieved. It was one of its kind of surgery whereby the head from the body of an alive human was to be transplanted to the body of another living human.

The reason for the cancellation of this surgery has taken aback everyone as it loves that got the surgery canceled.

Love rules- this surgery wan under planning from the last 30 years, a famous neurosurgeon from Italy called Sergio Canavero was to perform this historical head transplant. He had spent 30 years over the research of this surgery.

The transplant was to be done on a 33 years old Russian man named, Valery Spiridonov. he is suffering from a critical illness and due to this illness, his lower part of the body is motionless. Owing to his condition he had agreed to volunteer for the surgery.

The reason that he backed of the surgery is that he is in love with a girl named Anastasia Panfilova and together they have a baby and after this, he is not inclined to enter this surgery.

He is in love with his body and desires to continue with the same body. After his denial, the neurologist is conversing with a Chinese man for participating in the surgery.

The transplant was indeed a very critical, crucial and expensive surgery. The transplant would have involved cutting the head and separating it from the body and then on the body of a man who is of similar built and has a dead brain was to be implanted with this head.

The whole surgery was divided into two parts, the first part will be called HEAVEN (Head Anastomosis VENture) and the second procedure was named GEMINI (in this procedure the spinal cord was to be transplanted)

On the bodies of both the patients on their neck, a deep incision was to be made connect and then arteries, veins and spine were to be extracted. Thereby to connect the muscles the veins were to be joined like wires and for this, a color code was built.

The blade that was to be used to make the incision was built in the University of Texas and the expense of this nanoblade was 1cr and 300 lakh. Within an hour of cutting the head, the process of connecting it to transplanted bodies was to start.

The entire process of surgery was to be while with the use of artificial means blood would have been pumped. The quantity of blood to be pumped will be decided by the blood pressure of the body.

This was an important safety measure to keep the body alive even when it was beheaded. The procedure would then see a plastic surgeon matching the skin and sewing both the bodies. After the completion of the process, the new body would be kept in 3 days in the ICU.